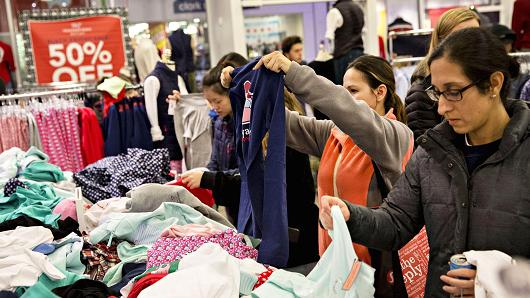 The Conference Board’s measure of consumer confidence rose to 129.5, the highest mark since the index hit 132.6 in November 2000. Economists polled by Reuters anticipated a decline to 124, after October registered 126.2.

“Consumer confidence increased for a fifth consecutive month and remains at a 17-year high,” Lynn Franco, Director of Economic Indicators at The Conference Board, said in a statement.

“Consumers are entering the holiday season in very high spirits and foresee the economy expanding at a healthy pace into the early months of 2018,” Franco said.

The index takes into account Americans’ views of current economic conditions and their expectations for the next six months. Economists pay close attention to the numbers because consumer spending accounts for about 70 percent of U.S. economic activity.