RETAILERS DRAW CUSTOMERS WITH GET OUT MORE TOUR

May 11, 2018 | Industry Press Highlights, Media, Retail, Advertising and the Economy | 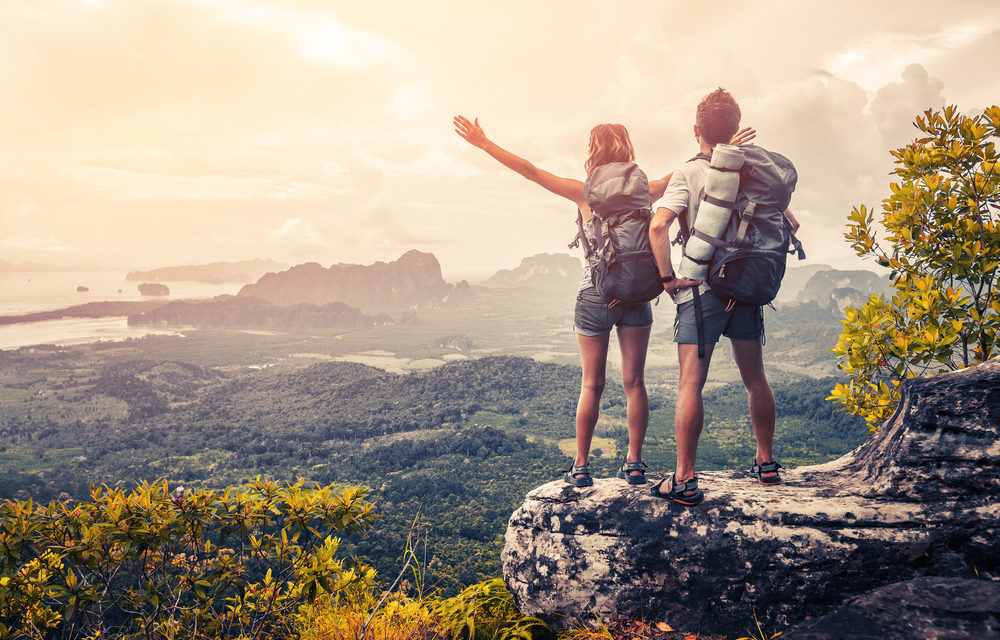 Starting next week, the Backpacker magazine tour will begin its trek to 45 retailers and eight events across the U.S.

Fifty times this year, Randy Propster will roll up to outdoor retail shops and various festivals in a flashy expedition vehicle and captivate an audience for 90 minutes by talking about the latest and greatest gear as wells as trail-tested tips and skills. He might even tell a story about how he brings dryer sheets backpacking to keep himself smelling fresh.

Wherever he goes, he leaves behind crowds of people newly inspired and psyched to go exploring outdoors.

“In general, I think it rallies the local outdoor community,” said Josh Haring, one of the owners of The Mountain Air in San Luis Obispo, California. “For us, it’s great to drive customers into a specialty retailer and give us a chance to shine.”

In its 18th year, the Get Out More Tour—run by Backpacker magazine—is visiting the 48 lower states to unite readers and outdoor enthusiasts to get outside, share experiences, eliminate misconceptions, identify challenges, and offer solutions to enhance experiences.

“I have a genuine passion for the outdoors that started way back as a child,” Propster said. “There were times that I would spend a night in a tent before I even realized that it was camping. Sharing your passion with thousands of consumers across the country is truly a humbling experience, knowing you’re providing information and inspiration that can actually change someone’s life.”

Starting next Thursday, Propster will set out on his 200-day journey from the North Country Trail Association Celebration in Hocking Hills, Ohio. He’ll work his way from east to west to 45 retailers and eight events, with his last stop on Oct. 30 at an REI in Las Vegas.

Any retailers who want to be a stop along the 2019 Get Out More Tour can apply here.

Brian Mangold, manager of the Valley View Walkabout Outfitter in Roanoke, Virginia, said the event—set for May 1 this time—drives customer engagement, and is a huge resource for the shop.

“It’s really nice to have a culmination of a bunch of brands come at one time,” Mangold said. “Randy is an awesome dude—super knowledgable and outgoing. From him, customers get a little bit more info than we’re able to give them while we’re working on the floor.”

The tour stopped at The Mountain Air for the first time last year and Haring said they were overwhelmed by the number of people who came out. Many were familiar faces, but there were also some new customers.

“Last year, being in April was awesome because it was the start of our backpacking season,” he said. “October for retail is the classic shoulder season so it’s good to have something to shoot for.”

He said being in a college town, they’re constantly trying to market to college crowd and bring in new customers. He said having Backpacker magazine stop by gives them some clout and gear giveaways always draw people in.

“Randy does a good job of catering to the product assortment that we have and I think that helped,” he said. “We knew ahead of time what he was going to be talking about, and even though we didn’t have it at the store, we brought that in.”

When Propster is in town, he’ll be hard to miss. New this year, his mode of transportation and home on the road is a Ford Transit Connect. It’s equipped with a TurtleBack trailer, a Yakima Cargo Box and Skyrise—a pop-out rooftop tent, and emblazoned with an eye-catching image of Virginia’s McKafee Knob, one of the most photographed spots on the Appalachian Trail.

Find out more at Backpacker.com/getoutmore.