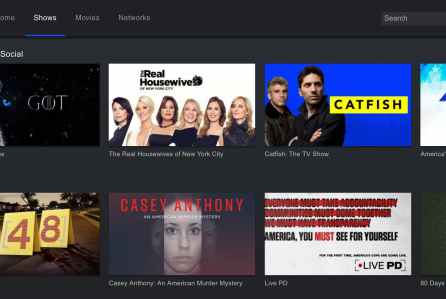 A new report from UBS predicts a “steeper ramp” than previously forecast for so-called “skinny bundle” services like Sling TV and DirecTV Now in the coming years. By 2022, the financial institution’s media analysts predict, they will represent 25% of all pay-TV subscriptions.

“As these offerings continue to improve—closing programming gaps, adding features and improving transmission quality—and traditional TV consumption falls, we expect the streamers to become increasingly attractive,” said the report, which was written by a team headed by analyst John Hodulik.

UBS projects there will be 9.2 million online streaming TV subscribers by the end of 2018, which had been its previous forecast. But based on new findings and polling data in its Evidence Lab, UBS said it is increasing its estimate for the end of 2020 to 17 million from 15 million and now expects 24 million by the end of 2022.

Dish’s Sling, which was very early to market, leads the skinny field with 2.3 million subscribers, followed by DirecTV Now. Hodulik wrote that AT&T’s DirecTV Now — a key strategic asset that got a lot of mentions during the company’s courtroom battle with the government over the Time Warner merger — has grown “faster than expected,” reaching 1.5 million customers in its first 18 months. It should get further momentum from anticipated launches of non-sports, basic bundle AT&T Watch and another package described by Hodulik as “a higher-end, device-centric service.”

At 800,000 subscribers for its Live TV service, Hulu “could get a boost if selected as Verizon’s OTT partner,” Hodulik writes. He estimates YouTube TV at about 750,000 subs in its first year. Other skinny players include Sony’s PlayStation Vue and a handful of offerings from traditional cable operators.

In a survey by the UBS Evidence Lab, nearly one in three respondents said they were likely or very likely to consider signing up for streaming TV. Satisfaction with streaming TV remains high, with DirecTV Now leading the pack. Satisfaction with traditional pay TV bundles and interest in cord-cutting and cord-shaving held steady at about one in five and one in four households, respectively.

“Doubling up, or subscribing to both traditional and streaming TV, continues to decline, suggesting the recent boost to total pay TV subs will taper off,” Hodulik wrote.

For the corporations behind the bundles, the economics are very different between a traditional and a digitally delivered bundle. Long-term contracts and equipment rentals are standard with traditional subscriptions, whereas new packages have lower price points, no contract, no equipment and minimal friction for subscribers looking to join and cancel. That can lead to higher churn rates, and the not-infrequent outages that skinny-bundle customers experience have also become a nuisance.