TRUMP AUTO TARIFF WOULD BE A $45B TAX ON AMERICANS, SAYS U.S. AUTO TRADE GROUP 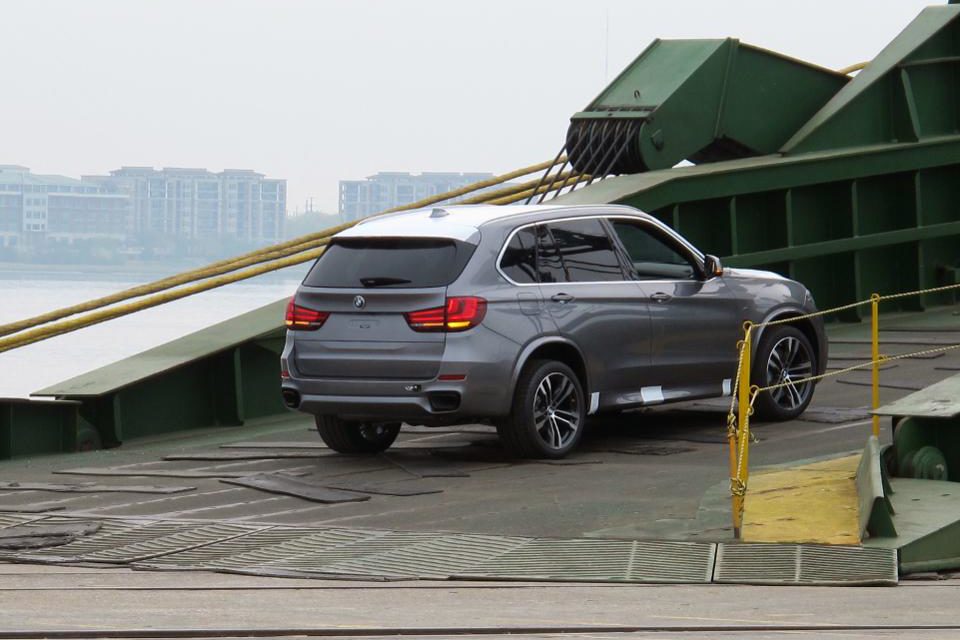 The 2-millionth BMW exported from the auto maker’s plant in Greer, S.C., is driven onto a ship to Germany in Charleston, S.C., on Thursday, March 17, 2016. BMW opened its plant in 1994 and it is now the largest in the BMW network. (AP Photo/Bruce Smith)

A major lobbying group for the U.S. auto industry warned that the Trump administration’s threatened 25% tariff on all imported vehicles would amount to a $45 billion tax on consumers and wipe out any benefits from a tax cut for low and middle income Americans.

“Tariffs on autos and auto parts raise vehicle prices for all customers, limit consumer choice and invite retaliatory action by our trading partners,” the Alliance of Automobile Manufacturers said in a statement released Wednesday morning. “Automakers support reducing trade barriers across the board and achieving fairness through facilitating rather than inhibiting trade.”

AAM’s statement comes two days after Harley-Davidson said it would shift some motorcycle production from the U.S., citing tariffs on its motorcycle that had jumped to 31% from 6%, a cost that translates, on average, to a $2,200 price increase on each motorcycle exported to Europe.

BMW has invested about $8 billion in and around its Greer, S.C., assembly plant, where it plans to hire an additional 1,000 workers, bringing its workforce in the state to 10,000 by 2021.

Not only could an escalating trade war threaten that investment, but it could erase jobs as sales of the crossover models made there fall.

Buyers of imported vehicles would face an average price increase of $5,800 from a 25% import tariff, according to an analysis of U.S. Department of Commerce data. That doesn’t include costs from tariffs on auto components. Nor does it include the 25% tariff on imported steel and the 10% tariff on imported aluminum that Trump has already imposed.

The Peterson Institute for International Economics estimates that Trump’s 25% tariff on imported vehicle could reduce U.S. auto production by 1.5% and eliminate 195,000 U.S. jobs between now and the end of 2021. If other countries retaliate, which they are already doing, the job lose could more than triple to 624,000, according to Peterson’s analysis.