COULD AMAZON GO HEAD-TO-HEAD WITH CONVENIENCE STORES AND QSRS? 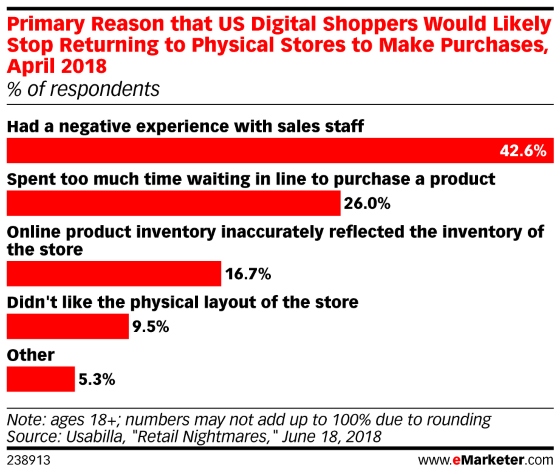 What once sounded fantastical—stores where shoppers could walk out with purchases without waiting in line—is becoming a reality for more than a select few.

After more than a year of hype, Amazon Go finally opened to the public earlier this year in Seattle. It was just one store, but there was uncertainty if this expensive-to-develop concept could scale. Last week, the retailer opened its first Amazon Go store in Chicago, and Bloomberg reported that there will be roughly 10 this year, with an estimated 3,000 stores slated to open by 2021.

A new Juniper Research forecast estimates that spending at stores using frictionless payment will reach $253 million this year and grow to more than $45 billion by 2023. Transaction volume will grow at least 150% annually during this time period.

While this sounds like substantial growth if it comes to fruition, in-store frictionless payment will only account for less than 1% of total retail transactions.

The Amazon approach where shoppers scan an app upon entry and everything they pick up and walk out with is charged automatically might not be adopted widely, but cashierless stores have seen uptake, from self-service checkout to mobile scanning apps.

Consumers are on board, especially if it speeds up the checkout process. A majority (60%) of internet users worldwide said they would prefer an Amazon Go-like shopping experience if other retailers offered it. One-fifth of US digital shoppers said that their biggest frustration when shopping in-store was dealing with the sales staff, according to an April 2018 Usabilla survey. And beyond poor human interaction, spending too much time in line was the primary reason 26% of respondents would stop going to a brick-and-mortar store.

It would seem that convenience stores would be the most affected by a major Amazon Go expansion since both sell prepared food, snacks and beverages. There has been speculation that when this tech is refined it could be applied to grocery stores, drug stores and quick-service restaurants (QSRs).

The latter would appear to be in the most immediate danger from Amazon Go, according to details revealed by Bloomberg. The retailer reportedly wants to play in the healthier fast-food space that is attractive to the young, professional and affluent. The restaurant industry has been experimenting with cashierless models for some time.

Amazon is focusing efforts in cities with its small format stores, limited selection and relatively slim hours. The original location is 1,800 square feet, and the Chicago store is 2,000 square feet, whereas traditional convenience stores hover around 2,500 square feet, according to the National Association of Convenience Stores.

Amazon Go sells branded meal kits, sandwiches and salads during a 7am to 7pm/8pm window and is closed on weekends indicating that the target audience is office workers not suburban families stocking up on groceries or getting gas at convenience stores.

Whether or not this translates to more than $250 million in 2018 remains to be seen. The Juniper forecast is based on an average transaction value of around $30 per visit, which would seem high for a consumer grabbing a weekday lunch. But if other retailers follow Amazon’s “grab and go” lead, the concept could gain traction across more product categories.