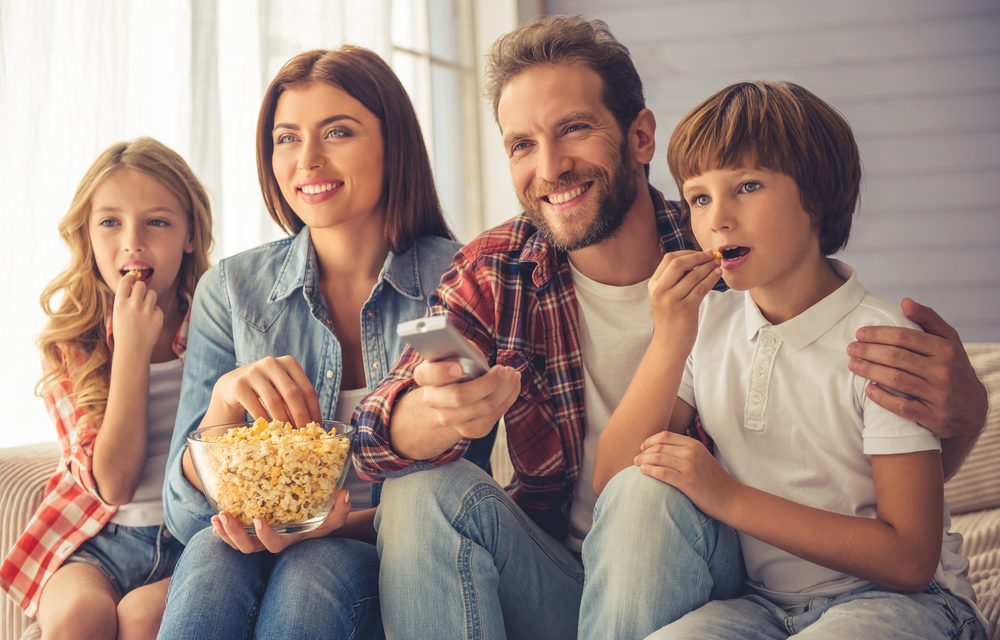 Like a long-lost uncle everyone in the family thought was dead or someone who’s been living in a cave for the past 25 to 30 years, “cord nevers,” or those who have never subscribed to a pay-TV service, are returning from the wilderness in significant numbers to join the rest of us couch potatoes.

According to MRI-Simmons’ February 2019 Cord Evolution insights, there were approximately 31 million cord-nevers during 2018, increasing 9% from 2017. They represented 12% of the total US adult population.

As has often been reported, cord-nevers have typically been younger adults who are so digitally savvy as to look for entertainment via their phones. From a practical perspective, however, many of them didn’t have the income and/or were burdened by student debt to afford a pay-TV service.

The good news for advertisers, however, is the average household income of today’s cord-nevers increased 27% during the past two years, from $41,500 to $52,800.

Although MRI-Simmons (or any other known sources) doesn’t indicate the household-income threshold that allows the addition of a pay-TV service, the $52,800 average would seem to provide adequate resources.

Whatever the threshold, the survey found 27%, or 8 million adults, of cord-nevers said they will add a pay-TV service to their entertainment choices during the next 6 months.

The survey also revealed what type of pay-TV service cord-nevers indicated they would choose. A traditional service from a cable TV, fiber optic or satellite provider dominated their choices, at 70%, of those 8 million adults. The other 30% said they were more likely to choose a streaming TV service, such as Hulu with Live TV, DirecTV Now or Sling TV – and 41% of them were 18–34.

Reasons Cord-Nevers Are Likely to Subscribe to a Pay-TV

Service During the Next 6 Months, February 2019 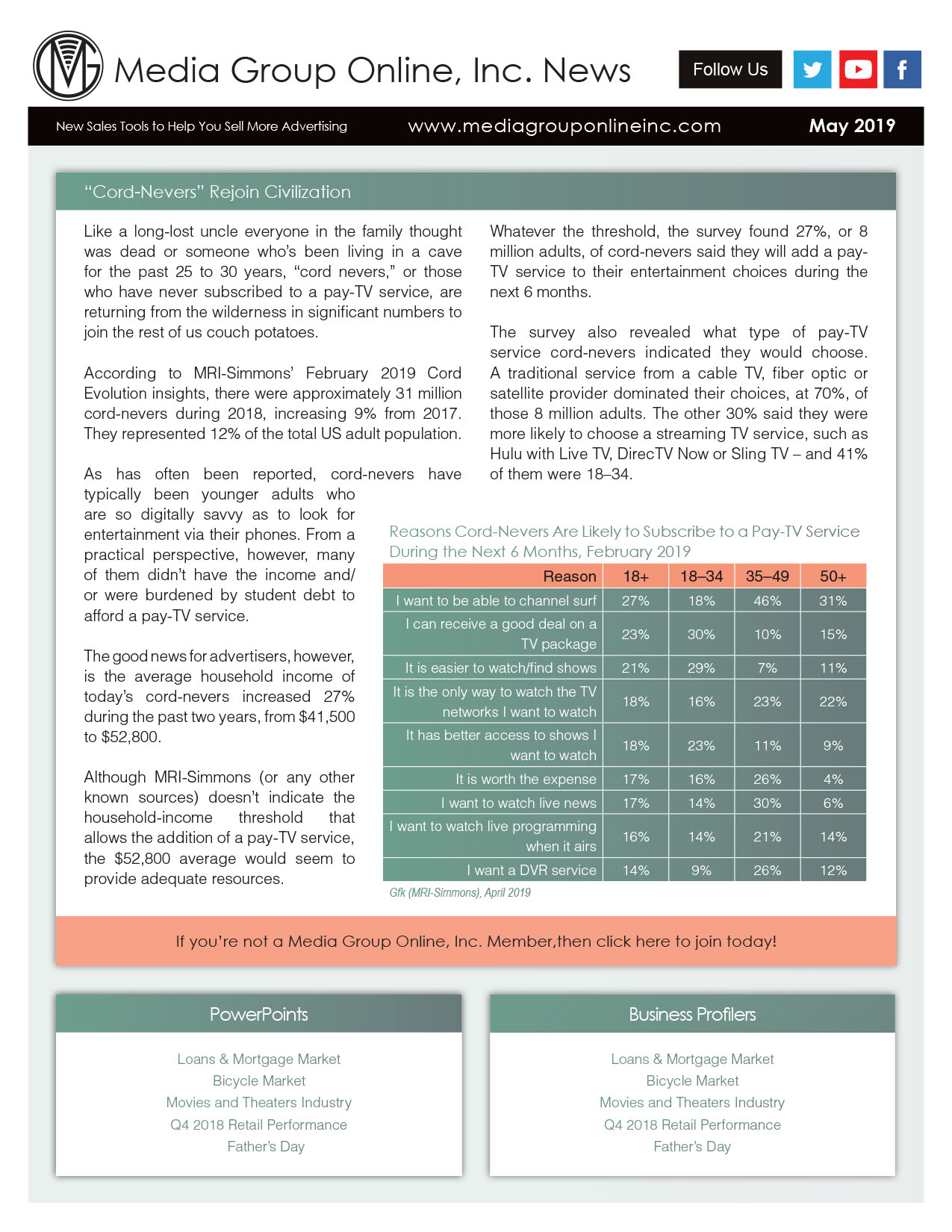 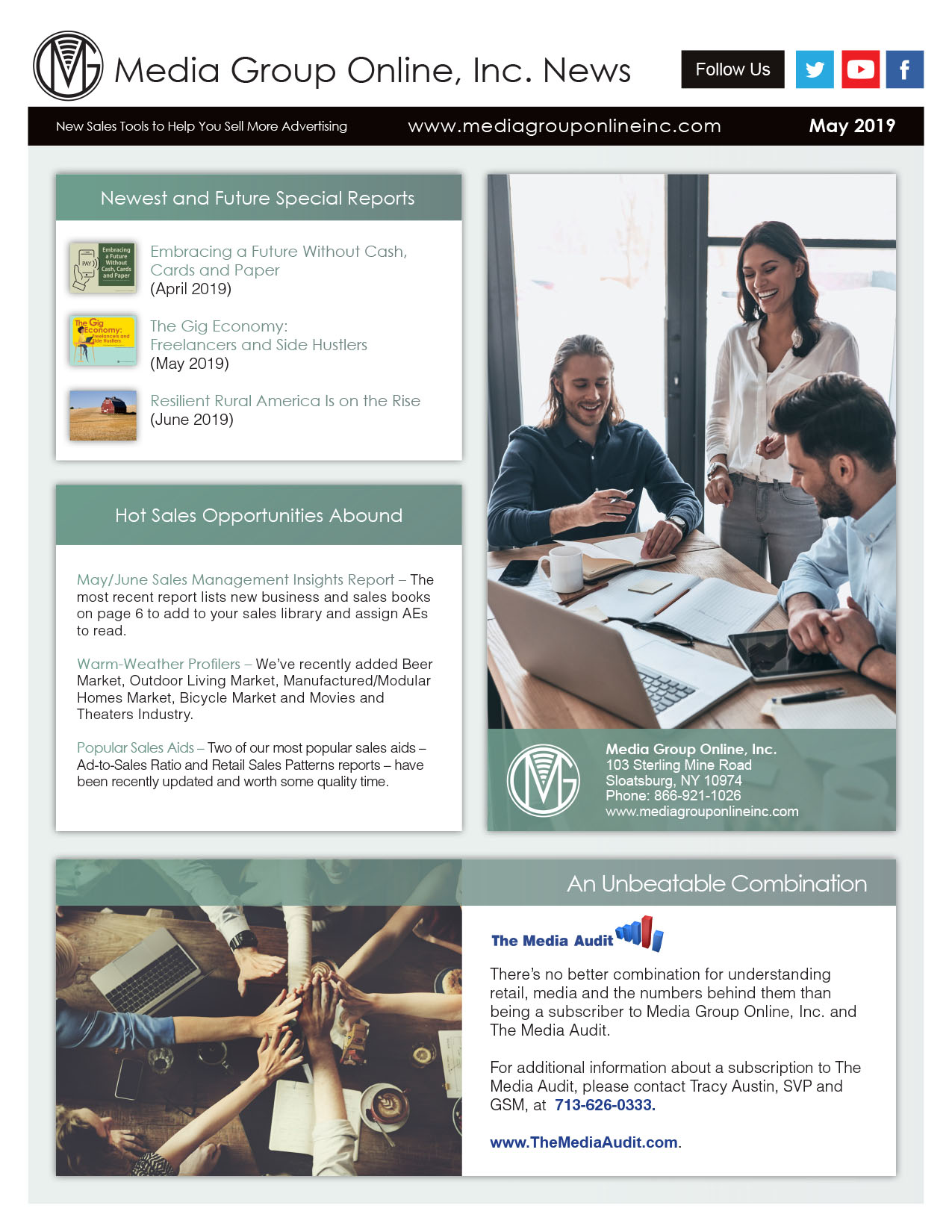