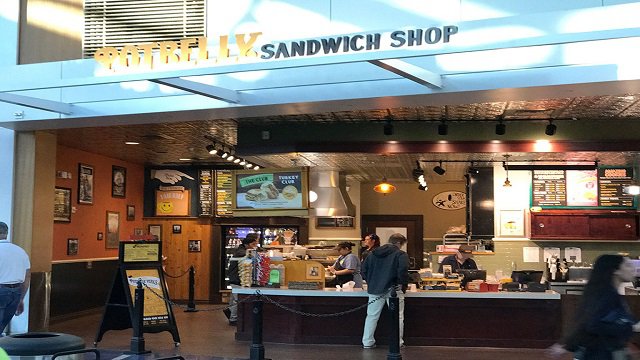 Potbelly Sandwich Shop will open in four Macy’s department stores via a multi-unit franchise deal with the retailer.

Three shops will be in California Macy’s stores and one in New York and come on the heels of Potbelly’s first store in California.

The Macy’s New York store will be the brand’s sixteenth in the state, according to a press release.

“This franchise agreement marks a major milestone in our multi-unit franchise growth,” said Peter Ortiz, vice president of franchise development at Potbelly, in the release. “A development deal with one of the nation’s premier retailers is a testament to our focus and prioritization of our franchising initiative. We’re thrilled for what’s in store for the future with Macy’s.”

There are more than 450 corporate and franchise Potbelly shops in the United States.