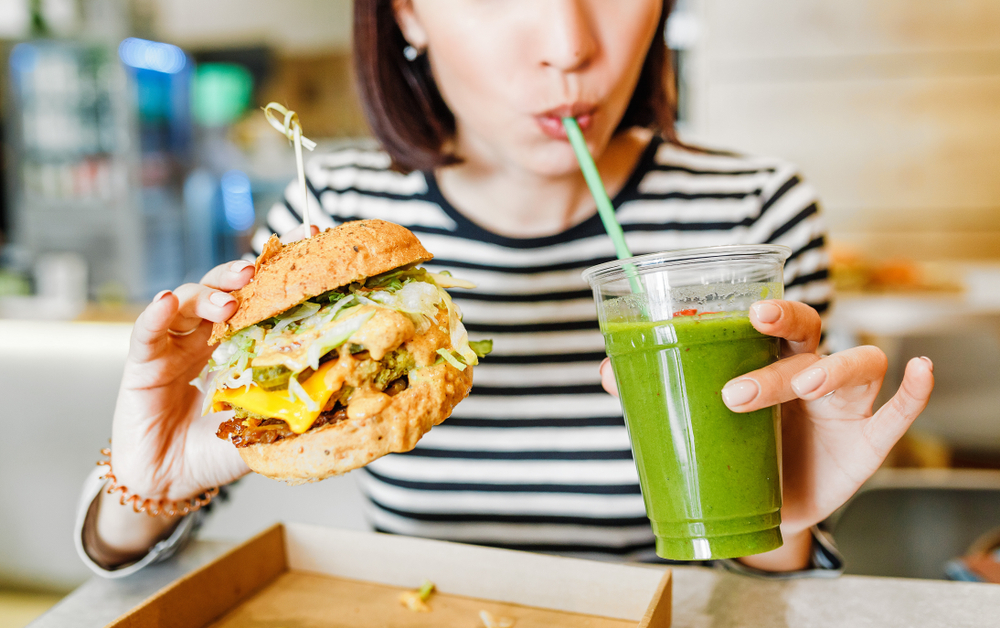 Chicago, July 17, 2019 — Plant-based and veggie burgers are increasingly finding their way on to quick service restaurants (QSRs) menu boards and customers are responding. There were 228 million servings of veggie burgers and veggie sandwiches* ordered at QSRs in the year ending May, up 10 percent from a year ago, reports The NPD Group.  With all of the buzz surrounding the popularity of plant-based burgers some are wondering if veggie burgers are closing in on beef burgers or if the growth of plant-based burgers corresponds to an increase in vegetarianism or veganism. Here are some answers.

Although vegetarians and vegans are certainly contributing to the growth in plant-based, they still represent a small (single digits) percentage of the U.S. population and aren’t the primary contributors. A larger percentage of the overall adult population, 18 percent, are trying to get more plant-based foods into their diets, reports NPD’s Health Aspirations and Behavioral Tracker. The popularity of plant-based foods is being fueled by consumers’ want to get more protein in their diets (60 percent of U.S. adults want more protein in their diets), concerns for animal welfare and how meat products are brought to market, sustainability, and what they perceive to be healthier nutrition.

“Plant-based burgers allow consumers to substitute without sacrifice. They get the ‘burger’ experience while assuaging their need for more protein and social concerns,” says Darren Seifer, NPD food and beverage industry analyst. “With that said, U.S. consumers have not given up on beef burgers but are willing to mix things up every now and then.”

*In addition to plant-based burgers and sandwiches, this number includes burgers/sandwiches that are made with only vegetables and no meat or meat substitutes.