Why 2020 Will be an Easy Year for Small Businesses 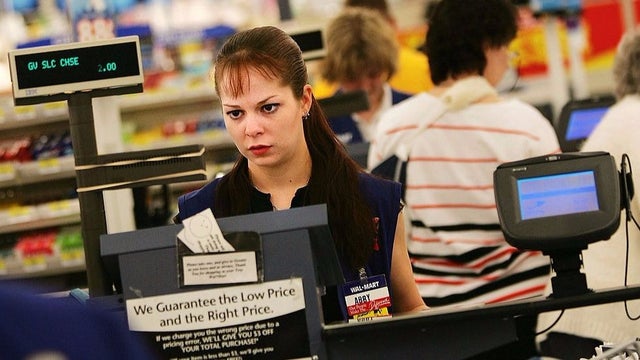 The one thing I’ve learned from writing about small business owners is that it’s never smart to generalize. There are 30 million of us around the country. You can’t just make a blanket comment like “things are good” or “things are not good” for small businesses, because all of that depends on what industry the business is in, where they’re located or what specific circumstances a business owner may be facing that’s unique to what they do.

That said, I’ll predict that for the majority of small businesses, 2020 will be a pretty easy year. Like always, we’ll have to work hard, battle for customers and deal with problems. But why so easy?

For starters, do you ever hear much in the media about small businesses nowadays? Sure, you’ll get the odd tragic story of the business owner suffering under President Trump’s tariffs, or the little girl who faced a regulatory firing squad because she tried to sell lemonade. But where are all the stories about the failures, the bankruptcies, the decline of Main Street? You don’t hear these stories because there aren’t so many of them. For the most part, small businesses are off the media radar. That’s only due to one reason: The economy.

The U.S. economy is strong. Yes, it could be stronger. But demand for our products remains high. Interest rates are low. So is inflation. This past holiday season was the biggest ever. Small Business Saturday was a blowout. E-commerce is creating millionaires selling glassware and craft pillows from their living rooms. Banks and online lenders are anxious to do deals. Inexpensive cloud technology is enabling piddly-little-companies like mine to hire people anywhere around the world, cut our rents and look and act professional with our clients and community.

The stock market may be overpriced. But is it? No one seems to really know that for sure. Of course, deficits are terrifying, but no one can really tell me what that means for my business. All I know is that survey after survey shows higher than ever business confidence and that the most important factors driving the economy – retail sales, new home sales (the best since 2007), unemployment, personal income and spending and industrial production – continue to trend up. Remember, a recession is defined as two consecutive quarters of negative GDP growth. No one – not even the most pessimistic of economists – is predicting that for the next two quarters. Small business owners know this and are comfortable taking risks in this environment.

Next is that the current political temperament in Washington is very, very pro-business. President Trump is not going to be impeached. In the meantime, regulations continue to be cut and tax rates are trending down, not up. It’s a foregone conclusion that even the most economically debilitating legislation coming out of the House – from a national $15 minimum wage to the “Green New Deal” – will be dead on arrival in the Republican-held Senate. In short, businesses aren’t going to have to worry too much about what Washington is doing this year. If they do anything that requires bipartisan support – like the SECURE Act – it’ll likely be pro-business.

Finally, our trade disputes are slowly but surely getting resolved. We have NAFTA 2.0. We have deals coming with Europe. The United Kingdom, one of our largest trading partners, will soon be untethered from the European Union and ready to come into the fold. And we’re making progress with China.

Say what you want about President Trump, but all of his posturing has created new and better deals than before. Many businesses have suffered during all of this, and yet through it all small business confidence and economic growth have remained strong. Imagine what will happen for many of these companies in 2020 now that these trade deals will soon be in the rearview mirror.

Of course, we’re still going to face challenges. Employment is tight. Immigration is a mess. As the federal government stands still on workplace issues, states and cities are passing laws requiring vacations, sick pay and higher wages, not to mention stepping up long-needed rules concerning discrimination and harassment.

And then there’s the coming election. A new administration may mean much higher taxes, significantly more regulations, more expansive government oversight and a disruptive overhaul of our health care system. Such changes – and many are good in theory – would, in reality, cause an enormous amount of uncertainty, capital flight and, as a result, a significant pull back in investment and hiring that could all lead to darker economic times for small business owners.

But that’s not until 2021. If you’re running a small business, you should appreciate the easiness of 2020. Just make sure to save your profits somewhere. You might need those savings in the near future.

Gene Marks is founder of The Marks Group, a small-business consulting firm. He frequently appears on CNBC, Fox Business and MSNBC.