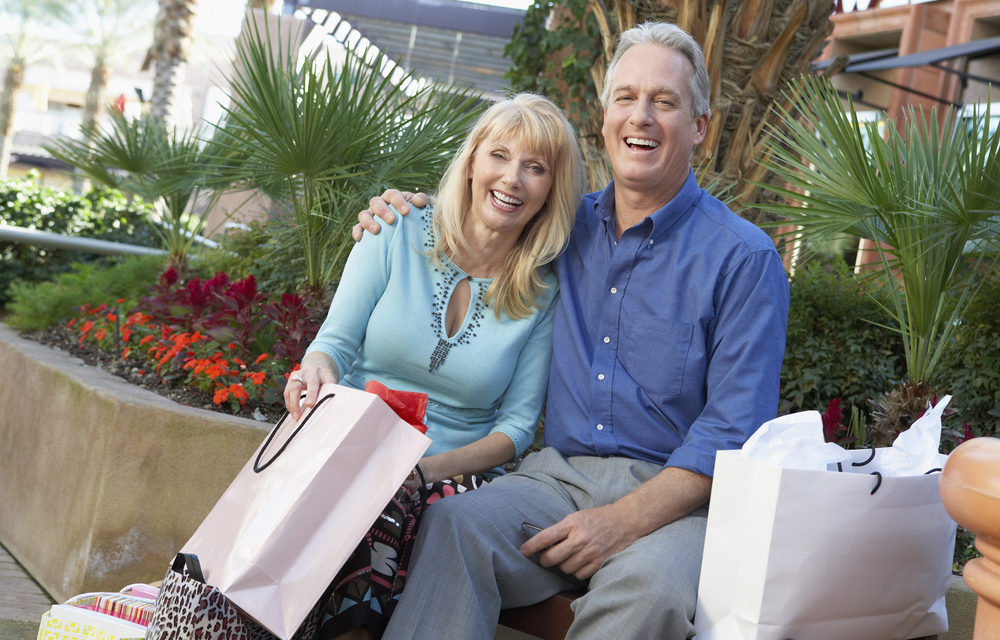 One of the most frustrating, but necessary, aspects of working in the marketing, advertising and media world is pigeonholing living, breathing people into convenient slots to determine how and when to engage with them – and convince them to spend money!

Baby Boomers were the first generation to be closely pigeonholed in this manner and we’ve shoved every subsequent generation into their holes too. Although thousands of Boomers are retiring virtually every day, many refuse to stop being productive and leaving the world to younger generations.

This is part of the disconnect among marketers, advertisers and media that Boomers can now be disregarded – but not so fast! They still hold more than half of the household wealth in the US, and being more active, or delaying retirement, they are still a very viable consumer force.

Boomers deserve better attention than the 5% of advertising targeting those 50 and older during 2017, according to a source at Leo Burnett. Whether they’re staying in their homes or downsizing to a smaller dwelling, they are still a prime market for all household items, from carpet to furniture to appliances and much more.

Many forget that Baby Boomers were the first generation with a benevolent view and activist mentality about saving and nurturing the Earth. Plus, as they age, many are making major adjustments to the foods they eat (or don’t eat), compared to their childhoods. They are having almost as much impact on the changes to the food you can buy in supermarkets and restaurants as their younger counterparts.

Another unfortunate trend is portraying Boomers either as older, sedentary adults, although a much larger percentage is physically active than their parents, or as happy, smiling individuals. Actually, many Boomers are concerned about their health and finances, especially since they are likely to live much longer than expected.

Too many of these images can actually result in the opposite effect advertisers expect their messages to create: older adults living on fixed or small incomes, recent widows/widowers, living alone, etc. may consider themselves failures because they can’t emulate the stereotypes in ads and commercials.

Targeting Boomers specifically can be a goldmine for your local prospects and clients not only because they have money to spend, but also because they tend to be more loyal consumers than younger adults. 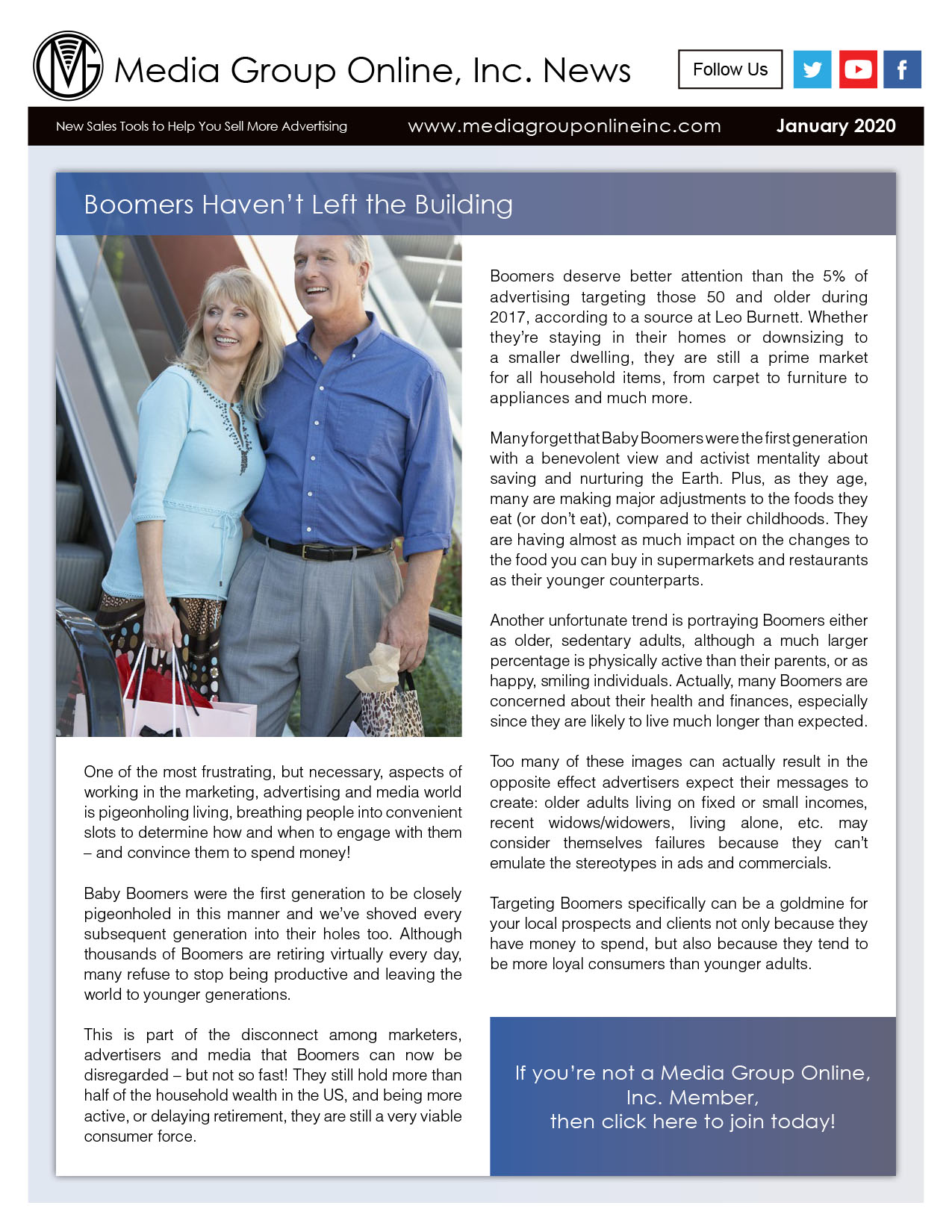 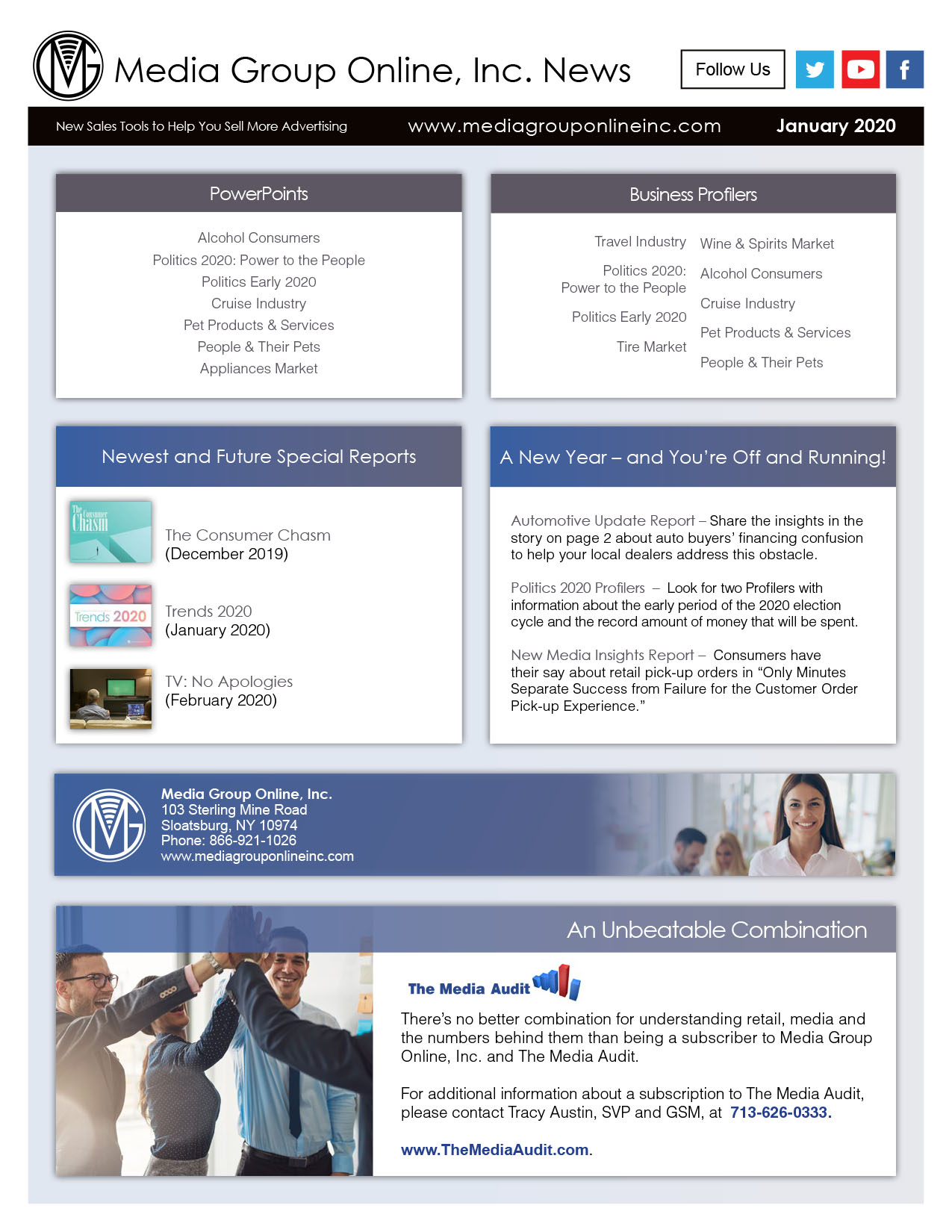