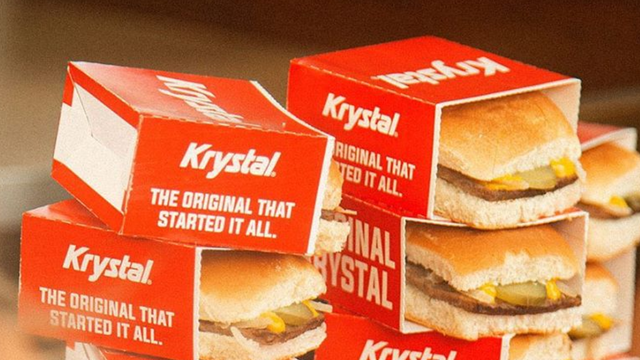 A Southern U.S. QSR mainstay has filed for bankruptcy protection for the second time in its 88-year lifetime. As the nation’s second oldest QSR, Chattanooga, Tennessee-born and Atlanta-based, Krystal, is seeking to reorganize its $50 million to $100 million in debts under the filing in U.S. Bankruptcy Court in Northern Georgia, according to information posted by the legal firm, KCC.

The economic restructuring move comes shortly after the company announced last fall that it was replacing its top brass with new executives and had hired an outside firm to refranchise between 100 and 150 locations of its 300-plus restaurants in the Southeastern U.S. The filing specified that Krystal plans to continue operations while it pays its bills and reorganizes, under the protection of the courts, though it also said that the company’s products were not meeting current consumer demand.

“Shifting consumer tastes and preferences, growth in labor and commodity costs, increased competition, and unfavorable lease terms” were stated as reasons for the reorganization, according to a report in the Atlanta Business Chronicle quoting the filing.

In an email this morning, Krystal told QSRweb:

“Both company-operated and franchised Krystal restaurants will remain open and operating as usual, and our customers can expect to continue to enjoy the same great food and service that they have come to expect from us. The Company will continue operating in the ordinary course of business throughout the bankruptcy case.

“The actions we are taking are intended to enable Krystal to establish a stronger business for the future and to achieve a restructuring in a fast and efficient manner. We are pleased to be ready to move towards a brighter future for the brand and have the support of our stakeholders.”

“The actions we are taking today will enable Krystal to establish a stronger business for the future,” Ward said in the KCC-posted information about the filing.  “We look forward to emerging from this process as quickly and efficiently as possible with the support of our valued customers, team members, franchisees, and suppliers.”

The 100- to 150-unit refranchising announced late last October under investment banking company, the Cypress Group was seen as a move toward recapitalizing the company after the brand also signed its first new franchisee in 14 years, who planned to build three units in Jonesboro, Arkansas.

Krystal also filed for bankruptcy protection in 1995 under a different ownership group. It is owned by Argonne Capital Group.

A Chapter 11 restructuring information hotline is available at 888-249-2792 for all interested individuals and plays a recording confirming that the case was filed Jan. 19. It refers individuals to its legal firm’s website, where a news release is posted on the filing.