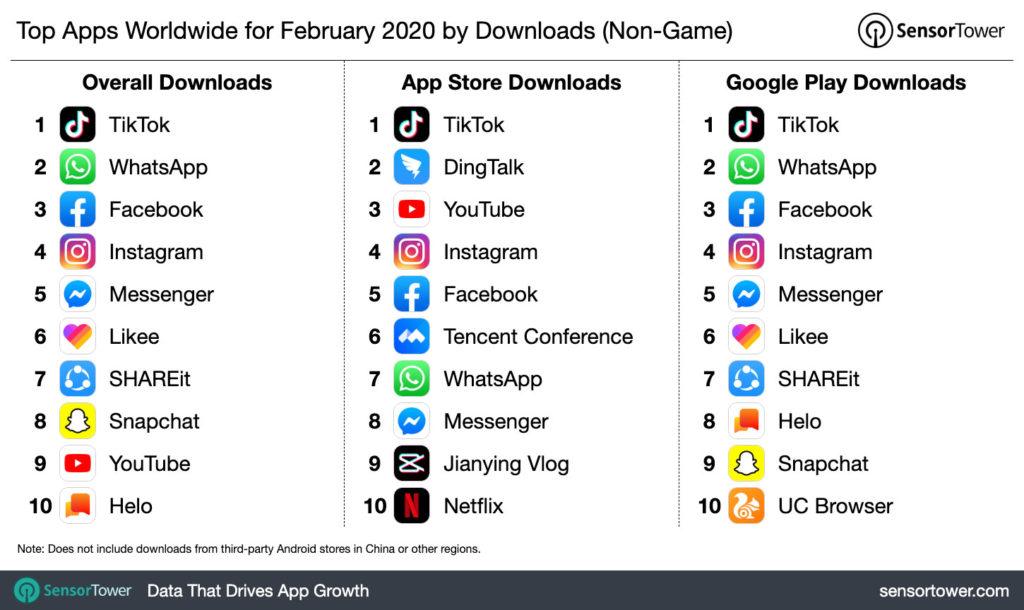 The increase has been linked to millions of Chinese staying indoors due to coronavirus fears.

The Apple App Store noted a 62% rise in game downloads in China alone during the month, according to data from Sensor Tower.

At the same time, App Annie published figures revealing that top games during the month influenced “Brain Out” and “Honor of Kings”.

It appears that the games market may be benefitting from the increased time users are having.

Sensor Tower also shared data for the most downloaded non-game apps in February 2020.

TikTok attracted 113 million installs, representing a rise of 96.5% over the previous year.

What’sApp follows as the second most installed non-gaming app globally with 96 million installs, representing a 42.4% increase over February 2019.