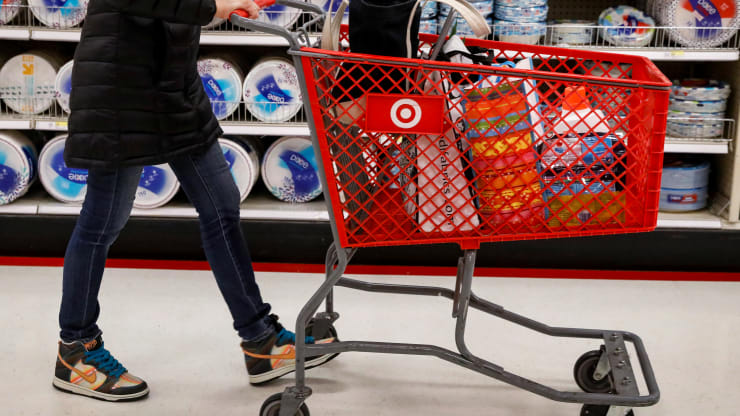 A shopper is seen in a Target store in the Brooklyn borough of New York.
Brendan McDermid | Reuters
Source: www.cnbc.com, March 2020

While discounters and grocers like Walmart, Target, and Costco have seen long lines of customers wanting to stockpile groceries, many mall-based clothing stores have seen a drop-off in customer traffic.

Economists believe that the hit to consumer spending, which accounts for 70% of economic activity, will be enough to push the country into a recession.

Nordstrom became the first department store chain to announce that it would temporarily close all 380 stores, including 116 department stores. It said it was calling off its annual financial guidance, noting a slowdown in consumer demand, particularly in areas impacted by the coronavirus.

Deborah Weinswig, CEO of Coresight Research, a global research firm, said that she now expects 15,000 stores to close this year, nearly double her forecast of 8,000 stores that she made earlier this year. She says she expects that retailers could be closed for three months, not just two weeks.

“We are in a sustained spending halt,” she said.