How Small Retailers are Adapting to COVID-19 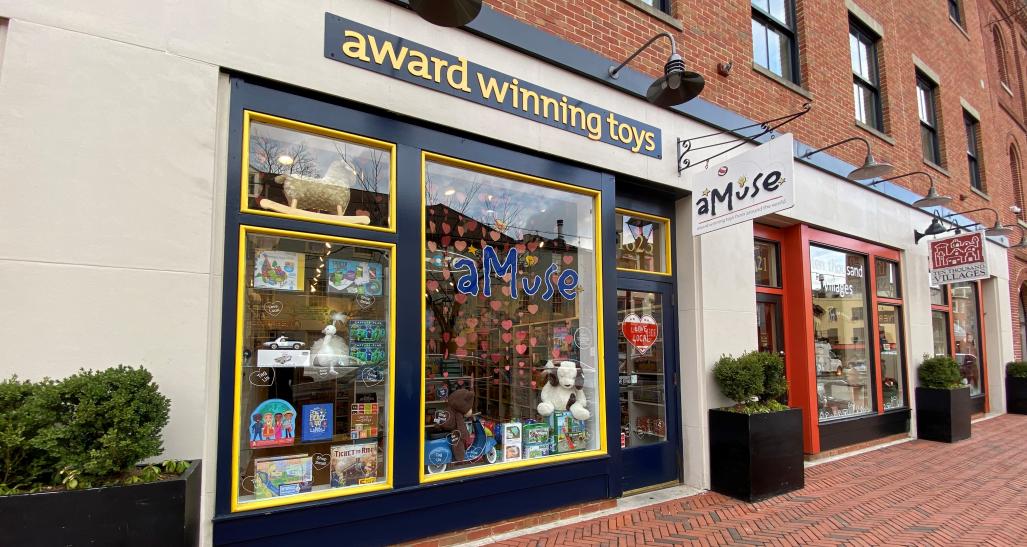 From curbside pickup to free delivery, small businesses are finding ways to connect with their customers

While COVID-19 has upended business as usual, retailers have come up with ways to respect the social distancing and shelter-in-place guidelines that can keep their employees and community safe while still serving customers. From curbside pickup to free delivery, they’re finding new ways to work with their customers.

As of late March, states across the country had implemented some form of social distancing and/or shelter-in-place regulations. Some had instructed “nonessential” retailers to close bricks-and-mortar locations.

Like most Americans, retailers prioritize the health and safety of their employees and customers. Many are following CDC guidelines for cleaning and disinfecting surfaces and limiting interactions between people.

At the same time, retailers need to continue serving customers to remain in business. Here’s how a few are doing just that.

“Tiny but mighty,” is how Claudia Towles, owner of aMuse Toys in Baltimore, describes her store. Open since 2001 and spanning 600 square feet, aMuse Toys offers everything from arts and crafts to musical instruments to puzzles.

In mid-March, Towles and the owner of a neighboring bookstore jointly developed plans to deliver purchases to customers, and to make them available through curb-side pickup. That allowed them to continue conducting business, even though the stores were no longer open to customers.

To make it happen, Towles shifted her attention to aMuse’s website. “We uploaded 500 SKUs in two days,” Towles says. She’s also been connecting with customers through social media.

Online orders are coming in, although the pace isn’t “gangbusters,” she says. “Day by day, we’re figuring out how it can be sustainable and how to get to the other side.”

Many customers of The Bookshelf in Cincinnati, Ohio, are in their eighties and older, says co-owner Chris Weber. In addition, the three co-owners of the store are over 50. “Early on, we knew we had to do something to protect our clients,” she says.

Starting in mid-March, the owners began limiting the number of customers in the store at any given time to two, along with their caregivers when necessary. Employees wearing gloves would show the products, all at a distance of at least six feet. Customers weren’t required to sign receipts.

To help with some online purchases, Weber will photograph a range of products and send the images to a customer. From this, they’ll let her know which they’d like to buy.

While it could, The Bookshelf offered free delivery. As of late March, it could only offer curbside pickup and mail deliveries. And customers have been placing orders, particularly after the libraries closed. “Community support has been wonderful,” Weber says.

Brownsboro Hardware & Paint, with locations in Louisville and Prospect, Ky., has long offered free delivery of its grills, within certain areas. While hardware stores are considered essential in Kentucky and remain open, Brownsboro added curbside pickup, as well as delivery of a wider range of items. That allows customers who prefer not to come within the store to still access the inventory,” says owner Jim Lehrer. “We want to keep people safe and as comfortable as possible.”

Brownsboro already had in place a system for paperwork and delivery, so the change required adding another element. After ringing up the item, an employee creates a delivery ticket and places the purchase near the front door. Customers call as they approach the store, and an employee will either place the item on the curb or in the back of the customer’s car.

Paint has been an especially big seller, Lehrer says: With more people working from home, they have more time to get to household projects they’d been putting off, he reasons.

In mid-March, Minnesota Governor Tim Walz closed all public schools for at least eight days. That effectively put the spring track season — not surprisingly, a busy time for running stores — on hold.

Pete Miller, owner of The Lakes Running Co., a retailer of running gear in suburban Minneapolis, has responded by offering curbside pickup and delivering customers’ orders himself. To further maintain social distance, he added an app that allows customers to pay online.

Miller also is taking and sending to customers pictures of the shoes in stock, to help them choose which they’d like. He offers individual, after-hours appointments with customers who ask for them. (As of late March, many Minnesota retailers could remain open.)

“It’s going pretty well,” Miller says. He’s made quite a few deliveries and some curbside pickups and committed to maintaining his staff through March with no change in hours. Schedules after that may change; much depends on whether more retailers will have to close.

A bright spot can be found, however. “Now that all sports are on hold, everyone’s become a runner,” Miller says. While people need to maintain a social distance, “running is never canceled.”

To be sure, it’s not clear how long the efforts these and other retailers are making to help them work with the measures designed to slow the spread of COVID-19 will remain effective. In a March 21 letter to President Trump, the National Retail Federation said its research predicted a 20 percent (or more) drop in retail sales over a period of three months, based on similar declines in China. That would lead to a total estimated loss of $429.9 billion, when accounting for both direct and indirect sales, and put 1.7 million American jobs at risk.

What has become clear is the vital role retailers play in a community. For instance, Lehrer of Brownsboro Hardware was able to locate about 500 goggles that he’s donating to local healthcare providers.

Many customers continued to patronize The Bookshelf, even after they grew leery of going to other stores. “They came here because they know we’re protecting them,” Weber says.

NRF is closely monitoring the COVID-19 pandemic, coordinating with government agencies, health experts and retailers as the situation continues to evolve. For updated information and guidance for retailers, check out our resource page.