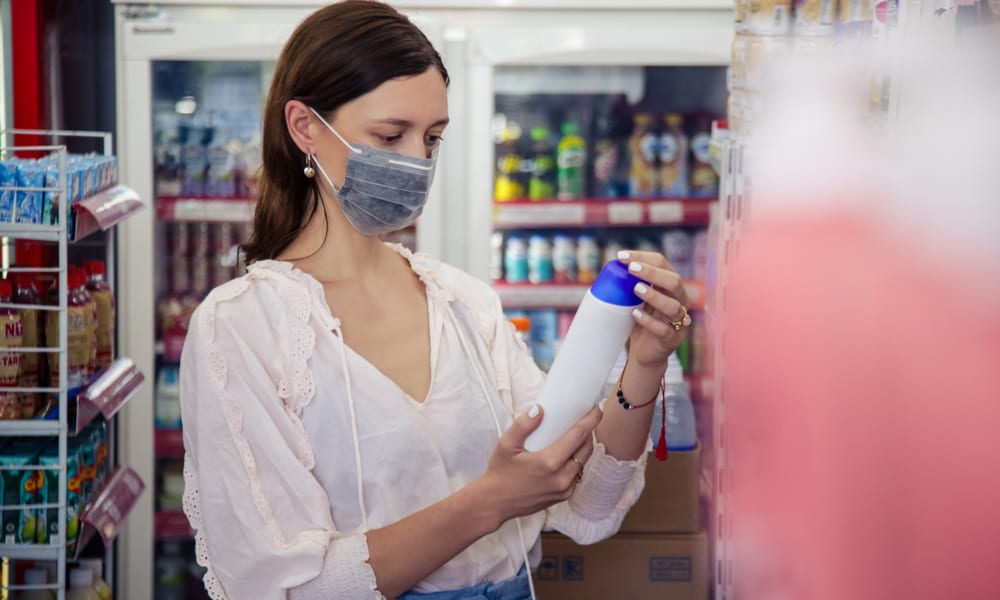 Stores are shut down, restaurants are restricted to carryout and delivery only, professional sports are on hold, most flights are grounded and the fate of summer vacation in 2020 remains a coin toss. In short, the world of mid-April 2020 in the United States looks very, very different from that of January 2020 – in fact, it’s very different from any other time in the country’s history. The only thing that can be definitively said about the new normal is that it is rather abnormal.

In light of this, it might not be overly surprising that consumers have changed along with the times – after roughly six weeks of quarantine, we are all slightly different people when it comes to how we shop, what we shop for and how much commerce we are willing to participate in.

While it feels like a distant memory now, in early March of 2020, 82 percent of Americans were still eating in restaurants, 78 percent were shopping in stores, 69 percent were spending leisure time out at venues like movie theaters and 60 percent of Americans were going to work every day. As of today, all of that activity has ground to a halt – mostly due to legal requirements that have closed all nonessential businesses in most American cities and towns – and consumers are sheltering in place and avoiding leaving the house for all but the most essential daily trips.

While commerce carries on and people still have needs that must be filled by merchants with the means to fill them, how those needs are being filled is changing. A world that was trending toward digital-first has now implanted itself into a nearly digital-only world, as consumers are shifting their spend online across categories.

According to PYMNTS’ most recent survey, consumers in the age of COVID-19 are buying some of the same things they were buying before, and while their spending has shifted from in-store purchasing to digital transactions, total expenditure has decreased.

But perhaps more notable than the shift of venue for commerce is the great downward shift in volume. Instead of going to movies, concerts or sporting events, consumers are at home watching Netflix, Hulu and Amazon Prime. They are also buying fewer clothes and more cleaning supplies.

Our latest findings showed that 93.1 percent of consumers reported eating at restaurants less often than before the pandemic. While there have been some moderate increases in the purchase of carryout and the use of aggregators like Grubhub to get food from restaurants, those increases could be offset by the number of people who report using restaurants less often now than they did before the pandemic. And, in fact, that wasn’t the only or the biggest slowdown.

Our latest research showed that 76.5 percent of consumers were shopping for groceries less often than they did before the pandemic, up from the 64.8 percent who said the same on March 17 and the 20.9 percent who said so on March 6. Shopping in general has seen similar trends – in the latest survey, 87.3 percent of consumers reported they were shopping for non-grocery items less than they were in early March, when only 29.5 percent reported such a downturn. Leisure activities have taken a similarly brutal hit, with 92.6 percent of consumers reporting engaging in them less, up from 34.6 in early March of this year.

As for why consumers are paring down and focusing on the necessities, the simple answer is economic anxiety. According to our numbers, nearly half of all consumers were somewhat or very concerned with losing their jobs, six out of 10 reported living paycheck to paycheck and more than half noted having less than $2,500 in savings to get them through the crisis unless outside help starts flowing in soon.

In short, consumers aren’t spending unless they have to, for fear that already thinly stretched funds will have to stretch even further.

So what happens now? Given the three consecutive weeks of record-breaking unemployment figures, it seems reasonable to infer that consumers’ economic anxiety is for the time being a sunk cost, as is the near-frozen position of physical retail while social distancing measures are in effect. Will it mean consumers will keep tightening their belts and cutting their spend on any non-toilet paper items? Or will the flow of federal relief funds loosen the average customer’s grip on their wallet?

We’ll keep polling customers as the epidemic rolls on, to keep you posted on what’s changing and where those changes will be most keenly observed.

Companies invest about 11 hours of time finding talent for every 40 hours of work they receive. This gap is rapidly becoming all the more intolerable as businesses struggle to recruit under the ongoing pandemic. In the latest Gig Economy Tracker, Marlon Litz-Rosenzweig, co-founder and CEO of freelancer platform WorkGenius, discusses how marketplaces are uniquely positioned to help solve this issue.