Esports Take Their Turn at Bat 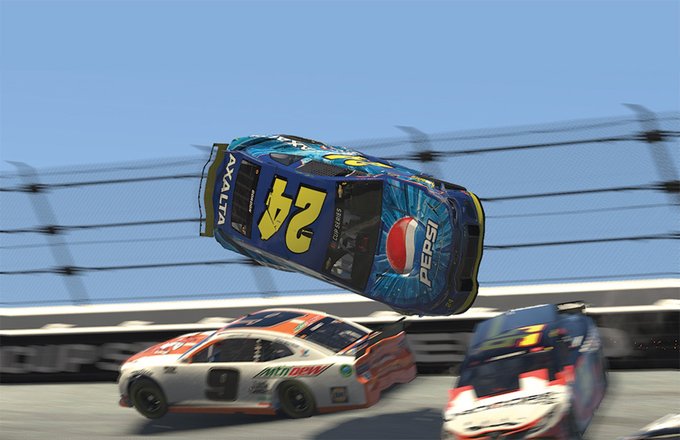 Chicago White Sox pitcher Lucas Giolito is on the mound, preparing to pitch to Tampa Bay Rays slugger Ji-Man Choi in the first inning of an April 23 baseball contest. Choi rips the first pitch from Giolito over the right field wall for a two-run home run, setting the table for the Rays’ 9-2 victory.

The scenario sounds like one from a typical Major League Baseball game. Except in this case, it took place on a computer screen rather than a baseball diamond. Giolito and Rays superstar Blake Snell were competing in a MLB The Show 20 Players League video game tournament, televised recently on ESPN2.

With all major pro sports events on hiatus for the foreseeable future due to the COVID-19 pandemic, networks such as ESPN, Fox Sports and NBCSN
have turned to esports to help fill the void created by the loss of live action. While the audience for a virtual baseball game will never rival the ratings for a real one, executives said that video game-driven content has served up a scheduling option for networks looking to fill a sizable void due to the loss of live sports.

“Depending on how these things are being presented, they can have a certain energy and excitement, and viewers are looking for that,” media consultant Bill Carroll said. “If this were normal times, this might be a different conversation, but in the current environment the sports networks are looking for every reasonable opportunity that they can pursue.”

Already in the Mix

While mostly featured on streaming sites like Twitch, esports programming is no stranger to linear television channels. As early as 2006, USA Network aired gameplay for such video games as Halo from esports company Major League Gaming. But for the most part, the genre is considered niche TV programming, although growing in overall popularity. A McKinsey & Co. report from last August identified some 21 million esports fans in the U.S., 10% of whom watch more than 20 hours of streaming esports programming per week.

“Esports has been out there for years, but because of live sports, there weren’t any opportunities to take more chances and see what people connected with,” Brad Zager, executive producer, executive VP and head of production and operations at Fox Sports, said. “There was no proof that esports would either do well or not so well. Now that live sports has disappeared, we have an opportunity to find out.”

Manny Anekal, an esports analyst and founder of esports website The Next Level, said the dearth of live sports programming has forced some sports networks to turn to the genre in an effort to satisfy fans who miss watching games. He counted more than 50 esports events covered by sports networks in the past 45 days.

“People want to watch something fresh, so in the near-term, it is serving as a pretty good filler for live sports programming,” Anekal said.

Some of those events — like Fox Sports’s NASCAR iRacing events — have garnered ratings surpassing the other programs sports networks have leaned on during the pandemic, such as replays of classic games and talk shows, he said.

Welcome Race Fans — and Others

Fox and FS1’s weekly iRacing telecasts, created after NASCAR shut down in March, have built a following among stock-car racing fans and casual viewers alike. More than 25% of viewers for FS1’s March 22 iRacing telecast were non-NASCAR fans, according to Nielsen.

The races — in which current and retired drivers sit in virtual cars with standard steering wheels and screens that replicate the feel of driving on a real track — have provided much needed inventory and new, unseen programming, as well as a powerful viewership punch to Fox and FS1. The April 26 iRacing event, simulating the experience at Talladega Superspeedway in Alabama, averaged 1.2 million viewers on Fox, second only to the 1.3 million viewers that tuned into the March 29 event from virtual Texas Motor Speedway, according to Nielsen (see chart).

Zager said the telecasts are treated much like live NASCAR events, with celebrity singers such as actress and COVID-19 survivor Rita Wilson performing the national anthem, right down to simulated military aircraft flying over the track and Fox announcers calling the race. The additional touches give race fans something resembling a real NASCAR viewing experience.

ESPN and NBC are among the outlets televising professional athletes playing their specialty sport — except with a video game controller instead of a bat or a ball.

“The circumstances surrounding the pandemic created a unique challenge and opportunity, in the absence of most live sports, to serve sports fans of all kinds with the best possible content available,” Lasker said. “We are fortunate to have existing and long-term relationships in the games and esports space, which has allowed us to execute some terrific programming.”

ESPN has been pleased with both the audience engagement and quality of its esports presentations, Lasker said. The network’s NBA 2K20 Pro Tournament, for example, averaged 201,000 viewers across four nights in April.

It’s not only the sports-focused leagues playing on the virtual competition field. NBC this past Saturday (May 1) aired a Kentucky Derby: Triple Crown virtual horse race from a simulated Churchill Downs, in which 13 past Triple Crown winners competed to determine the greatest of all time, per the network.

“With no live sports and under social distancing guidelines, these events have provided viewers a way to experience live action surrounding the sports they love,” NBC Sports said in a statement. “We look forward to the return of live sports, and will continue to evaluate where eSports best fit on our platforms.”

Esports content is not only serving the needs of sports fans, but also the athletes themselves, Fox Sports’s Zager said.

“They need a release while their sports are off, and esports have given them that competitiveness, which for a professional athlete is really important during this time,” he said.

Esports events deliver a younger-than-average audience. Fox Sports reported that its iRacing content dropped its average viewership age by three years compared to live NASCAR telecasts, while the NBA reported that 48% of viewers for ESPN’s four-day NBA 2K20 tournament telecasts were under 45.

“These events are driving a newer and younger audience,” Anekal said. “We’ll see if that translates over into the real world when live sports come back.”

Also still to be determined is the advertising support for esports content. Though ad revenue for live sports programming dwarfs what esports content is currently generating, according to industry observers, the genre has drawn its fair share of blue-chip advertisers. Companies such as IBM, Verizon, FedEx and Progressive have purchased ads in Fox’s iRacing events.

“As the television industry adjusts to the current environment, advertisers have to look for the opportunities that exist, and certainly esports would fall into that category, especially since live sports events are not likely to happen in the immediate future,” Carroll said. “The normal esports audience looks to fall in line with the demographics of many advertisers who are normally in regular sports would be looking for.”

As for the genre’s future once live sports returns, Anekal said that the esports platforms that can appeal to viewers beyond the traditional on the field play could exist side-by-side with live events.

Added Zager, “When sports comes back we’ll see what survives in this world and what we can build on.”