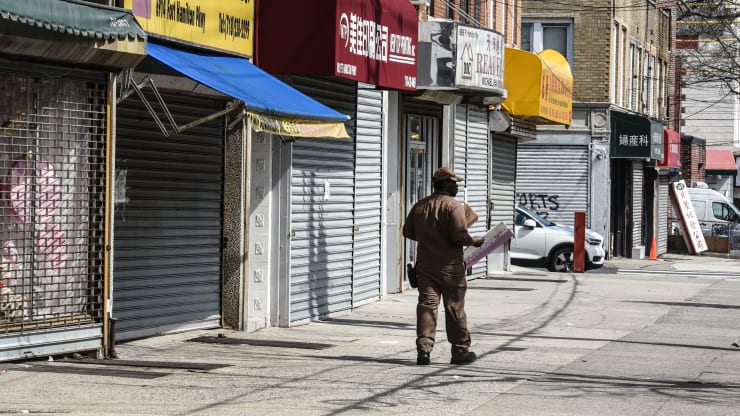 Of small and medium-sized businesses that have been forced to shut down during the coronavirus pandemic, more than half of owners surveyed by Facebook said they won’t rehire the same workers they had before the crisis.

In a report released Monday, Facebook said it surveyed 86,000 small and medium-sized business owners, managers and employees for an ongoing data initiative with the World Bank and Organization for Economic Cooperation and Development. The report highlights the lasting economic impact of the coronavirus and the especially dire effect it’s having on smaller businesses without the same level of access to capital that larger corporations often have.

According to the report, only 45% of owners and managers of small and medium-sized businesses surveyed by Facebook said they would rehire the same workers they were forced to let go or furlough once they reopen. If that estimate holds true for similar businesses across the country, it could devastate predictions for a swift economic recovery from the crisis.

About a third of closed businesses surveyed said they do not expect to reopen, with many citing an inability to pay bills or rent.

Facebook, which counts small and medium-sized business owners as a significant cohort for its digital advertising business, said more than half of those surveyed are increasingly interacting with customers online. More than a third of businesses surveyed said they are now conducting all of their sales online.