Food and Beverage Sales Increase 14.3% in May 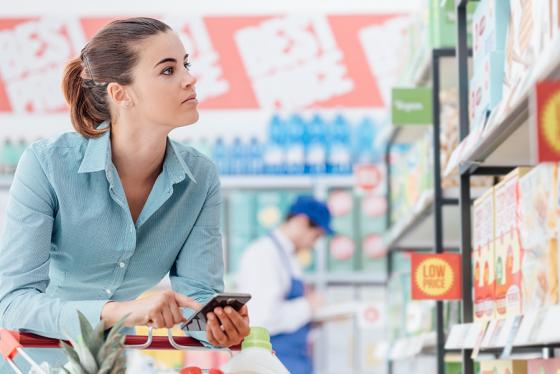 U.S. food and beverage sales increased 14.3% year over year in May on an unadjusted basis, according to the figures released Tuesday by the U.S. Census Bureau, reaching nearly $75.3 billion.

The federal agency’s latest Advanced Monthly Sales report also found that food and beverage sales increased 2% month-over-month in May on a seasonally adjusted basis. As for grocery stores themselves, sales increased 6.2% year over year, to about $67.2 billion.

According to the Census Bureau, the findings stem from that “a stratified random sampling method is used to select approximately 5,500 retail and food services firms whose sales are then weighted and benchmarked to represent the complete universe of over three million retail and food services firms.” The agency, in its May retail report, also offered this: “Due to recent events surrounding COVID-19, many businesses are operating on a limited capacity or have ceased operations completely. The Census Bureau has monitored response and data quality and determined estimates in this release meet publication standards.”

Even so, the figures represent the latest signals about how retail — food and otherwise — is shaping up as the pandemic continues, merchants start to slowly reopen and consumers try to figure out new or revised spending and shopping habits.

“The economy kicked off in May as retailers and other businesses reopened and both stimulus money and supplemental unemployment checks fueled spending driven by pent-up demand from two months of shutdowns,” said Jack Kleinhenz, the chief economist for the National Retail Federation. “But full recovery is still a long way off. Comparisons against April have to be taken in context because April was a full month when almost everything that wasn’t deemed ‘essential’ was shut down. Spending has improved considerably but it’s still far below where it was a year ago, and while the freefall in consumer confidence is over, unemployment remains high and confidence is still at recession levels.”