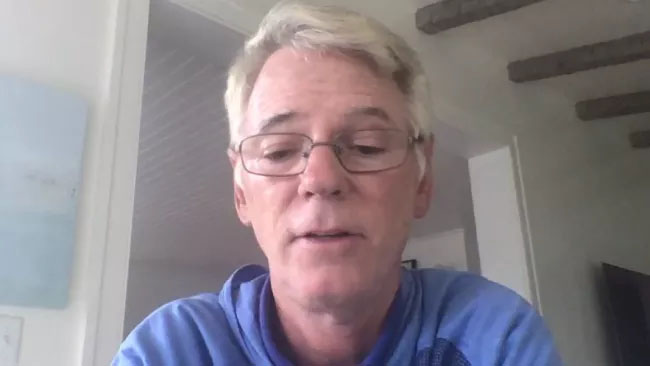 
As the NFL gets set to kick off its season, CBS said ad sales are “very brisk.”

On a conference call with reporters Tuesday, CBS Sports chairman Sean McManus said that NFL ad sales at this point are “pacing at the exact level we paced at last year, and last year was an incredibly successful year for us.”

The NFL generates billions of dollars in ad revenue and ad buyers had been concerned that the season might be delayed by the COVID-19 pandemic, making it difficult to reach the huge audiences NFL games deliver.

CBS will have this season’s Super Bowl in February and McManus said that Super Bowl sales have been “active.”

“We are in many discussions with a lot of people,” he said, adding that the “A” position spots that lead off each commercial break are sold out for the first half of the Super Bowl. Those ads are valued because they air before people have a chance to change the channel and tend to be remembered by viewers.

“So if you want to buy one of those, you’re too late. But there are some available in the second half,” McManus said.

Super Bowl ads are being sold for $5.5 million, about the same as last year, with CBS charging an additional $200,000 to $300,000 for the streaming simulcast, sources familiar with the situation said.

In an interview John Bogusz, executive VP of ad sales for CBS Sports, noted that the upfront market moved so much later this year, and a lot of the NFL money moves along with it.

He said that CBS has been very busy doing NFL deals as the kickoff approached, and a lot of business was finalized in the last week or two.

Sources familiar with the situation said that prices were up in the low-single digits on a cost-per-thousand viewers.

Demand from movie studios was down because of the pandemic, but insurance companies–GEICO, Progressive, State Farm, Allstate–spending was up, as were tech companies like Facebook, Apple, Netflix and Google.

Most of the advertisers will be traditional football advertisers, with Chrysler Dodge returning as pregame sponsor, Verizon as halftime sponsor and State Farm sponsoring the post-game show.

While NFL players might make statements about racial justice as NBA players are currently, McManus said he didn’t expect that to turn off viewers.

“I think people are really thirsting for live sports content, particularly NFL football,” he said. “I don’t think the way that the social justice issues will be handled are going to affect the ratings at all. I think our ratings are going to be terrific,” he said.

During the first week of the season, CBS Sports will cover the National Anthem, when players might take a knee to protest police brutality against Black Americans.

“After that, we’ll adjust potentially,” he said. The CBS broadcast won’t ignore the political situation and the Black Lives Matter Movement.

“We’re going to address it in our pregame show with interviews and features, but the coverage of the game once we get to our game coverage will obviously focus on presenting the action on the field,” McManus said. “We need to thread the needle just the right way because there are people who are tuning in just to hear about football. So we need to make sure that we don’t overdo the emphasis on what’s going on in our country, but we’re not going to ignore it”

Producing games in largely empty stadiums amid the pandemic will present some challenges.

“We learned a lot of lessons by doing 11 straight weeks of golf with respect to social distancing and screening,” McManus said.

Some of our games will be produced remotely from New York City, but CBS Sports’ announcers will be on-site for all games. With the stands empty, CBS Sports will be able to deploy some extra cameras.

Jim Nantz noted that it’s hard to rehearse for NFL games without fans. He noted that the league will be providing sounds compiled from years of NFL films designed to fit into any scenario that might come up. There’s crowd noise for when a kick is returned for a touchdown, or there’s a fumble or the home team throws an interception.

“I really admire the guy that’s running that board and be able to quickly on the fly try to change the emotion we’re going to be hearing,” Nantz said.

He added that he and his broadcast partner, former quarterback Tony Romo, will be separated in the booth by a sheet of plexiglass for safety.

“When Tony and I call games, we’re pretty touchy-feely people. There’s a lot of contact going on,” Nantz said. “I don’t know quite what that’s going to be like, banging on the plexiglass, or high-fiving a hand on the other side of the glass, but we’ll get used to it. Hopefully everybody’s gong to get used to it and I think week two is going to sound significantly better than week one as we all make that adjustment.”