Regal is Closing All 536 Movie Theaters in The U.S. Blame the Pandemic—And Bond 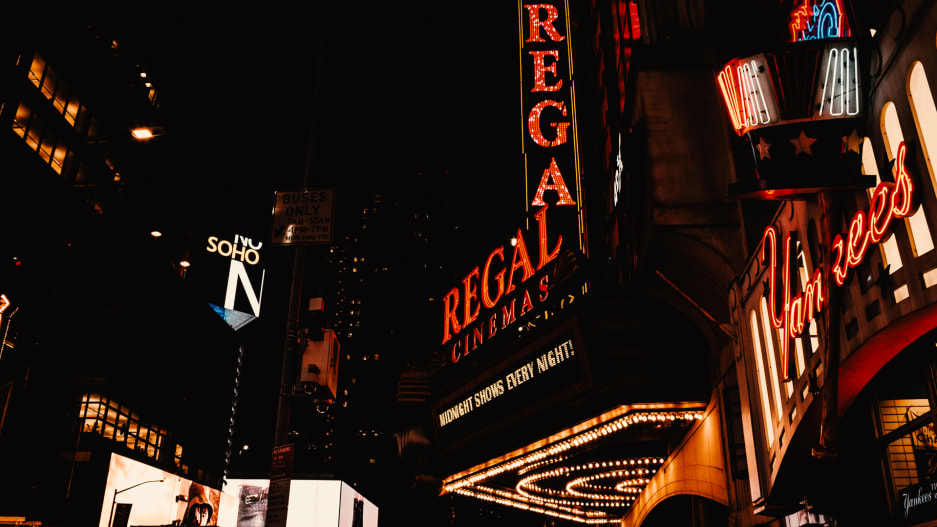 “We are like a grocery shop that doesn’t have vegetables, fruit, meat. We cannot operate for a long time without a product.”

Regal’s parent company, Cineworld, has announced it will temporarily close all 536 Regal movie theaters in the United States on Thursday, October 8. The closures come little more than two months after Regal began opening its theaters in August, and it puts the jobs of up to 40,000 employees at risk.

As can be expected, the overarching reason Regal is shuttering all its theaters is due to the pandemic. It’s hard to get people into seats when they know doing so could put them at risk of catching COVID-19. Yet fear of the disease isn’t the only thing keeping customers from movie theaters. The other problem is movie theaters are simply running out of new content to show—and without new content, it’s hard to get people into your cinema.

Matter of fact, it’s this second problem that primarily prompted Regal to shut its doors this week. Over the weekend, MGM announced that No Time To Die, the 25th James Bond flick, would be moved from November 2020 to April 2021. No Time To Die was one of the remaining tentpoles still scheduled to come out this year, and without it, Regal owner Cineworld no longer sees material chances to get cinema goes into its theaters.

With No Time To Die pulled from the 2020 schedule, only two potential tentpoles now remain scheduled to debut this year—Wonder Woman 1984 and Pixar’s Soul. However, given that the pandemic is getting worse by the day in the United States and up to 3,000 Americans could die each day from COVID-19 in December, it’s hard to imagine those two films won’t also be pulled.

If that’s the case, AMC, America’s largest movie theater chain, could very well soon announce it is following in Regal’s footsteps. As Cineworld CEO Mooky Greidinger told The Wall Street Journal, “We are like a grocery shop that doesn’t have vegetables, fruit, meat. We cannot operate for a long time without a product.”