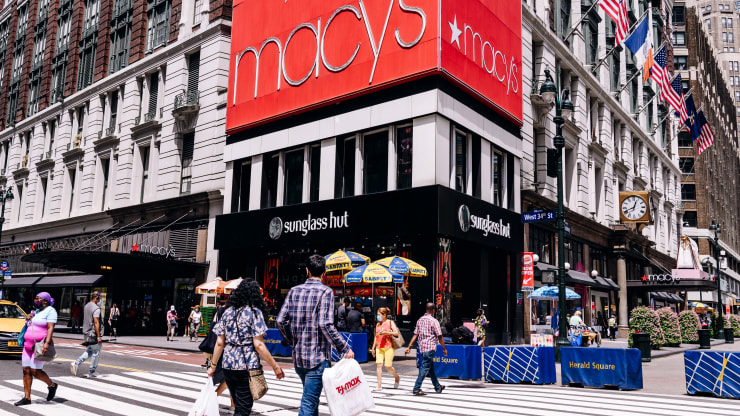 Americans have shown they are eager to shop, even during a recession and global health crisis, the National Retail Federation’s chief economist, Jack Kleinhenz, said Monday.

That could be a promising sign for retailers banking on holiday sales, he said.

“Strong growth in retail sales during the last few months points to the resiliency of consumers even in this disruptive pandemic environment,” Kleinhenz said in the November issue of the trade group’s Monthly Economic Review. “Taking in all the evidence available, the U.S. economic recovery has progressed more quickly than generally expected.”

Retail, the biggest driver of the U.S. economy, has bounced back in recent months — even as millions of Americans are out of work and cases of Covid-19 rise. Retail sales rose 1.9% in September, higher than economists surveyed by Dow Jones anticipated. Clothes and accessories jumped by 11%, while sporting goods, music and books grew 5.7%.

Kleinhenz said the retail industry is still threatened by the increasing number of Covid-19 cases. There were 81,493 confirmed infections reported on Sunday, according to data compiled by Johns Hopkins University. The seven-day average is 81,335.71, an all-time high that’s up more than 18% compared with a week ago.

He said additional government stimulus is needed to make sure retail’s recovery continues.

“While there might be sufficient momentum and resiliency to propel the economy in the months ahead, additional fiscal policy support is critical to ensure that the recovery doesn’t stall,” he said.

Despite the appetite for shopping, the trade group said it expects consumers to spend slightly less this year. Shoppers said they planned to spend an average of $997.79 on gifts, holiday items such as food and decorations, and additional spending on themselves and their families this year, according to a survey of 7,660 consumers conducted in early October. That’s a nearly $50 drop from last year.

Most of that expected drop comes from people who plan to buy less for themselves, despite holiday deals at stores and on retailer’s websites, the NRF found.

The trade group has not yet released a holiday spending forecast for the industry.