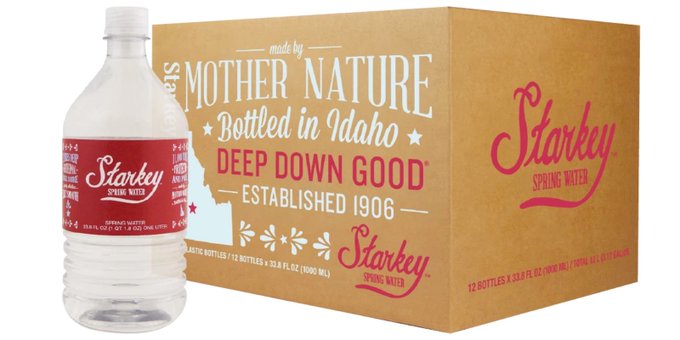 Starkey Spring Water, which is made by Whole Foods, continues to have potentially harmful levels of arsenic, according to new tests done by Consumer Reports.

The bottled water, sold in most Whole Foods stores and on Amazon.com, was the only brand of the 45 tested by Consumer Reports scientists between February and May of this year that exceeded 3 parts per billion, according to the report released Wednesday.

Is your GNC closing? Retailer releases list of first stores to shutter in bankruptcy. See the list.

Long-term exposure to low levels of arsenic can increase the risk of certain cancers including lung cancer and may be linked to heart disease and diabetes, researchers have found. Arsenic naturally occurs and can be found in water but can be filtered out.

Consuming one bottle of Starkey Spring Water will likely not be harmful, “but regular consumption of even small amounts of the heavy metal over extended periods increases the risk of cardiovascular disease, certain cancers, and lower IQ scores in children, and poses other health issues as well,” CR’s chief scientific officer James Dickerson said in the report.

Last year, CR tests found Starkey Spring Water exceeded the federal level, with the samples ranging from 9.48 to 9.86 ppb of arsenic, but a fourth registering 10.1 ppb.

Similarly, a test last year conducted by California nonprofit Center for Environmental Health found Starkey Spring Water had higher levels of arsenic than tap water, a violation in some states. Two states, New Hampshire and New Jersey have set a lower level of allowable arsenic in tap water of 5 ppb.

A Whole Foods spokesperson told CR that the products “meet all FDA requirements and are fully compliant with FDA standards for heavy metals.”