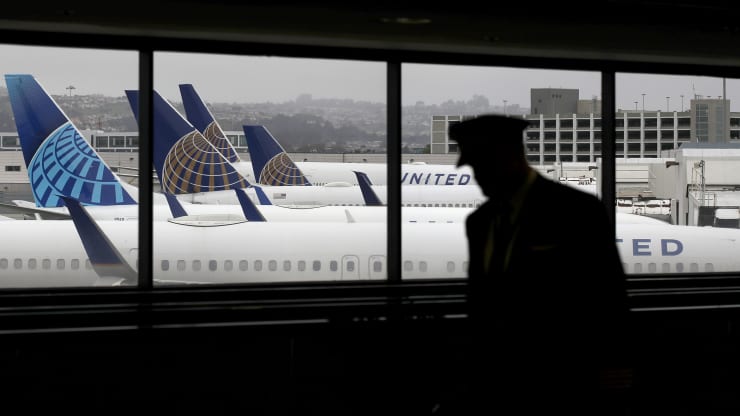 United Airlines’ pilots approved a plan to avoid furloughs until at least June 2021, the company said Monday, marking the latest cost-cutting deal between an airline and one of its biggest labor groups during the coronavirus pandemic.

The Chicago-based carrier earlier this month said it planned to furlough 2,850 pilots, starting Oct. 1, when $25 billion in federal aid that protects airline sector jobs expires. Another 1,000 furloughs were planned for next year. It later reached a preliminary agreement with the pilots’ union to reduce minimum hours, essentially spreading schedules out among pilots, and maintain pay rates, which was later approved by union members.

The airline is still planning to cut roughly 13,000 jobs beginning next month. American Airlines is planning to slash about 19,000 jobs. Tens of thousands of other employees across all U.S. airlines have accepted carriers’ offers of buyouts or leaves of absence aimed at reducing head count.

Airlines are hesitant to furlough pilots because their training is costly and time-consuming. The deal will keep pilots on the aircraft they’re trained on.

While United CEO Scott Kirby has said he doesn’t expect demand to return to more than half of 2019 levels without a vaccine, he has emphasized that the carrier should be ready to take advantage of a recovery.

“While we still face a difficult path to recovery, your support of this creative and unique agreement puts us in an unparalleled position of strength when demand recovers,” United’s senior vice president of flight operations, Bryan Quigley, wrote in a staff note Monday. “In addition to avoiding furloughs, this agreement greatly enhances our ability to bounce back – so we can welcome more passengers and return to the 2019 levels of seat and fleet advancement more quickly.”

The deal won 58% approval from United’s roughly 12,000 pilots, will make deeper cuts to minimum hours of pilots who are more junior.

Labor unions and airline executives are urging lawmakers to provide an additional $25 billion in aid that would preserve jobs through the end of March. Further aid has won bipartisan support in Congress and from President Donald Trump. But lawmakers so far haven’t reached a new national coronavirus stimulus package that would include the aid, though House Speaker Nancy Pelosi said Sunday that another relief proposal is possible.

“With this agreement now solidified, we will turn our focus back to Congress to secure a much-needed CARES Act extension to keep our industry solvent until we recover from this pandemic,” Capt. Todd Insler, chairman of the Air Line Pilots Association’s United chapter, said in a statement.

If airlines get additional aid, the new agreement with pilots would be paused. The deal also included another early retirement option for pilots over the age of 50 with 10 or more years of experience.