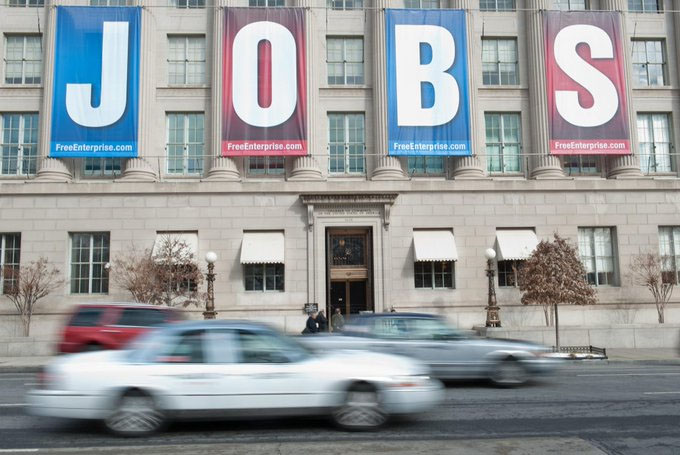 The Department of Labor released its weekly report on new jobless claims on Thursday at 8:30 a.m. ET. Here were the main metrics from the report, compared to consensus data compiled by Bloomberg:

Initial unemployment claims were expected to hold at or above the 700,000 level for a third consecutive week, remaining close to levels from November. Instead, new claims unexpectedly broke below the Great Recession-era high of 665,000 new claims filed in March 2009 for the first time in more than a year.

“With a huge, better-than-expected decline in new claims for unemployment assistance, at long last the economic recovery appears to be picking up speed,” Mark Hamrick, senior economic analyst at Bankrate, said in an email Thursday morning. “Not only did the headline number of seasonally adjusted initial claims drop beneath the 700,000 level, but it continued on below 600,000 to the lowest since mid-March of 2020.”

Prior to Thursday, the recent batch of greater-than-expected new jobless claims contrasted with the improving trend in other U.S. labor market data reported as of late. Though the latest jobless claims print fell far more than expected, the prior week’s new claims were revised up further to 769,000, from the 744,000 previously reported. Yet March payrolls rose by a whopping 916,000, and employment indexes in the Institute for Supply Management’s (ISM) manufacturing and services indexes each advanced in the latest prints.

According to JPMorgan Chase economist Michael Feroli, one reason for this could be that the additional $300 in weekly unemployment insurance offered through the latest COVID-19 relief package may be incentivizing more individuals to file. But not every first-time filer will actually be authorized to receive benefits, he added.

“One clue to resolving this puzzle is to stress the ‘claim’ in jobless claims. When someone files for benefits they are claiming they are eligible for unemployment insurance. It’s the state labor agencies, however, who actually determine whether the claimants truly are eligible,” Feroli wrote in a note.

“Historically, about 45% of initial claims resulted in a first payment of benefits. Over the last few months, fewer than 25% of initial claims generated a first payment of benefits,” he added. “Why is this so? One reason may be that the $300 weekly bonus payments are encouraging more people to give filing a shot—the payoff from a successful claim is significantly greater than before the pandemic.”

That said, the number of claimants receiving unemployment benefits remained sharply elevated. Continuing claims totaled more than 3.7 million in early April, coming in higher than expected and remaining sharply above the weekly average of fewer than 1.8 million continuing claimants throughout 2019.

The headline drop in new unemployment claims last week came largely as a result of significant drops in a handful of states.

California, the most populous U.S. state, posted a drop of more than 75,000 new claims on an unadjusted basis, while new claims in each of Virginia and Ohio also fell by more than 20,000.