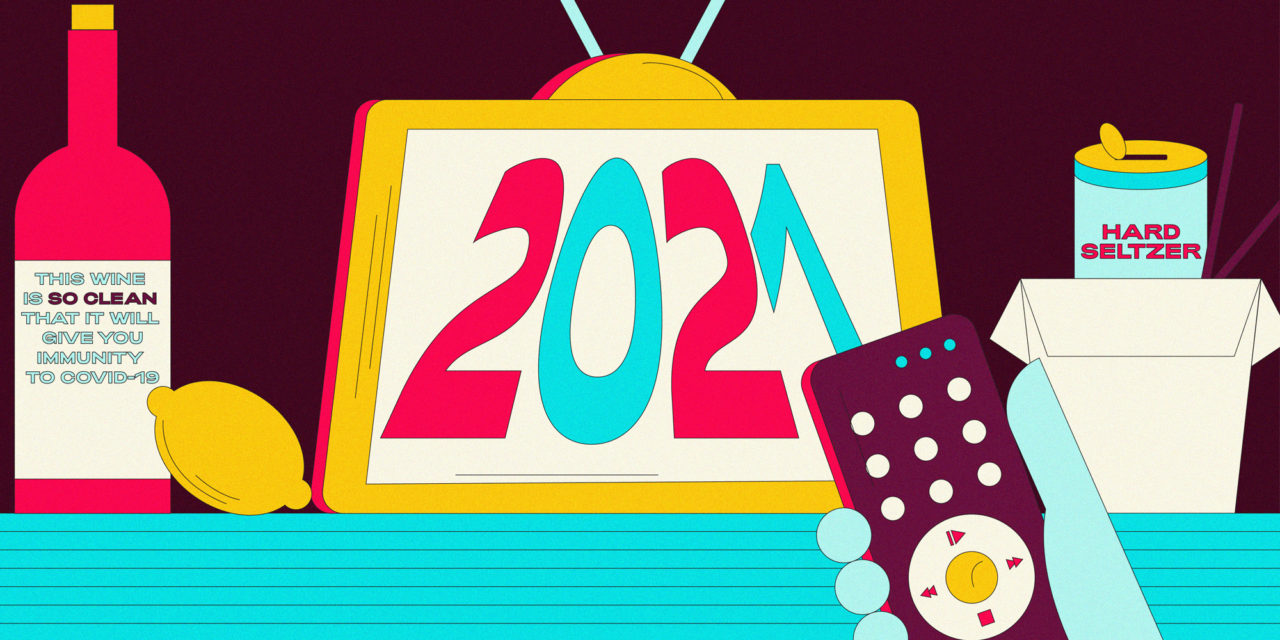 More than any year in living memory, 2020 is one we’ll all be happy to see in the rearview mirror. As we turn our gaze forward, there’s so much to be hopeful for, from widespread vaccinations to seeing friends and family IRL to returning to bars, restaurants — even the office. Like every other year, there’s also the promise of 12 months packed with new drinking trends.

The impact of the events of 2020 will surely be seismic. In drinks, as in every other facet of life, what comes next will no doubt be closely tied to the coronavirus pandemic and how it’s affected our lives.

At VinePair’s currently remote, online HQ, we’ve had deep discussions on what the next year might look like in the world of booze. We don’t have a crystal ball but we do have a crystal decanter full of whiskey, and we raise a glass to all as we say goodbye to 2020 and share these seven predictions on the drinking trends that will define 2021.

HARD SELTZER WILL MOVE INTO ON-PREMISE Before the pandemic hit, hard seltzer was almost exclusively an off-premise beverage, bought mainly at supermarkets, and enjoyed at home or outdoors. The gargantuan sales increases we’ve continued to see this year therefore arrived without an asterisk, or the need to mention the lost sales in bars and restaurants.

Not only are hard seltzer fans drinking more of their favorite brands, the category is also attracting new consumers. It is the latter of these two points that signals 2021 may just be the year seltzer comes of age and makes it into the bar. When the on-premise returns (hopefully as soon as possible), there’s no reason that the hordes of newly converted seltzer fans won’t translate to on-premise demand. The savviest bars and restaurants will be quick to realize this.

At sports bars, Sunday football fans can expect the option of a bucket packed full of one of White Claw’s variety packs, rather than just ice-cold Bud Lights. Meanwhile, neighborhood brunch spots will start to add a couple of craft hard seltzers on their beer lists, alongside IPAs and sours from treasured local breweries.

Don’t expect the fun to stop with packaged seltzer either. Next year, we’ll probably see more innovation on the draft front. It’s likely that Truly, which began trialing draft seltzer in August 2019, will lead the way — followed by White Claw, if it proves to be a hit. As for craft brewers that use real fruit in their seltzers, and whose brews show an attractive hue, tap lines offer the perfect way to stand out. Bar operators will be wise to serve on-tap seltzer not in 16-ounce tumblers, but in the Collins glasses used for vodka sodas, which feel like a slimline can of seltzer in the hand.

A FURTHER BLURRING OF THE RTD LINES Piggybacking off hard seltzer’s continued success, alcohol brands have realized that “spiking” traditionally non-alcoholic beverages is enough to pique consumers’ interests. Hard coffee, for example, saw an 11,000 percent spike in sales earlier this year (though off an admittedly modest base).

With socializing forced outside, 2020 also proved a boon for all manner of ready-to-drink (RTD) offerings, including the ever more impressive selection of canned cocktails. From hard kombucha, coffee, and tea, to canned Old Fashioneds and flavored Margaritas, get ready for the RTD category to grow both wider and deeper in 2021 as more brands get in on the action.

As this happens, we will also start to see a further blurring of the lines over what an RTD can be. We caught the first glimpses of this when Truly launched its Hard Seltzer Lemonade line in early 2020. More recently, AB-Inbev debuted an Old Fashioned hard seltzer under its Social Club Seltzer brand. (This sounds like an abomination, but delivers on its promise of tasting like an Old Fashioned and hard seltzer hybrid.)

Whether there’s a market for more of these Frankenstein products or this is simply a case of alcohol executives throwing board-room innovations at the wall to see what sticks, only time will tell. But make no mistake, that wall will need a new lick of paint come this time next year.

COCKTAIL BARS WILL RETURN TO SPIRIT-FORWARD CLASSICS (AND CLASSIC RIFFS) 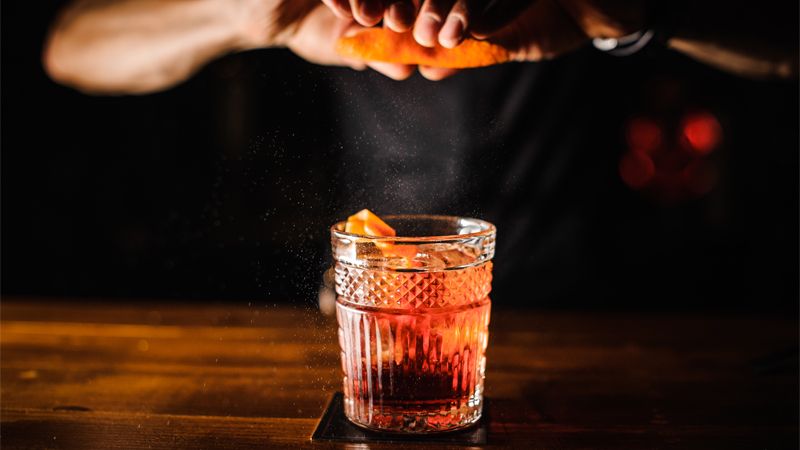 Even after the rollout of vaccines, we should not expect the hospitality industry to return to normal overnight — at least not as we knew it.

Profitability will be the name of the game for all bars and restaurants getting back on their feet. With the country likely still in recession and lingering trepidation among some portion of the population, high margins will be particularly important for on-premise operators. This could translate to working with fewer staff members and pairing down elaborate beverage programs.

For cocktail bars, the days of lengthy menus and labor-intensive proprietary ingredients are likely on ice for the time being. Instead, bars can turn to spirit-forward classics, which offer bang for the buck for all concerned parties.

Given the rise of home bartending this year, those classics may require some subtle tweaks to keep consumers interested. But on the plus side, those drinkers will be taking their seats at the bar with a deeper understanding of mixology and spirits. In the long run, better-educated consumers are always a good thing for trade. 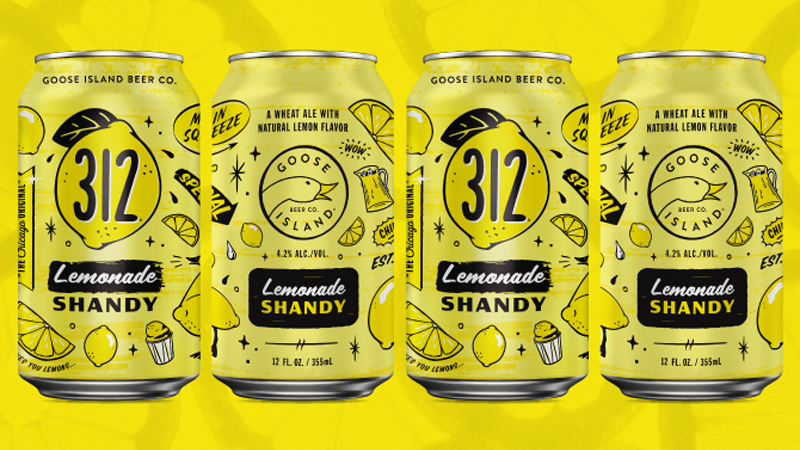 While it could have been lumped in with the RTD trend, boozy lemonade deserves its own spot for a number of different reasons.

According to Nielsen data, Truly’s Hard Seltzer Lemonade 12-pack is the third best-selling SKU in the category, accounting for more than $200 million of the brand’s total $840 million sales in the 44 weeks ending Oct. 31. Now, White Claw’s parent company Mark Anthony Brands is getting in on the action, with a Mike’s Hard Seltzer Lemonde slated for release in March 2021.

This is not just a case of two 800-pound hard seltzer gorillas slugging it out. In November, Anheuser-Busch- owned Goose Island announced a Lemonade Shandy line extension of its 312 Urban Wheat Ale, which will hit stores early next spring.

Boozy lemonade has already proven its profitability even when it’s not sprinkled with hard seltzer gold dust. Leinenkugel’s, the market-leading seasonal shandy, hit $86.3 million in off-premise sales by Nov. 1, 2020, according to IRI data. To provide some comparison, that figure is just $3 million shy of the market-leading IPA, Lagunitas. 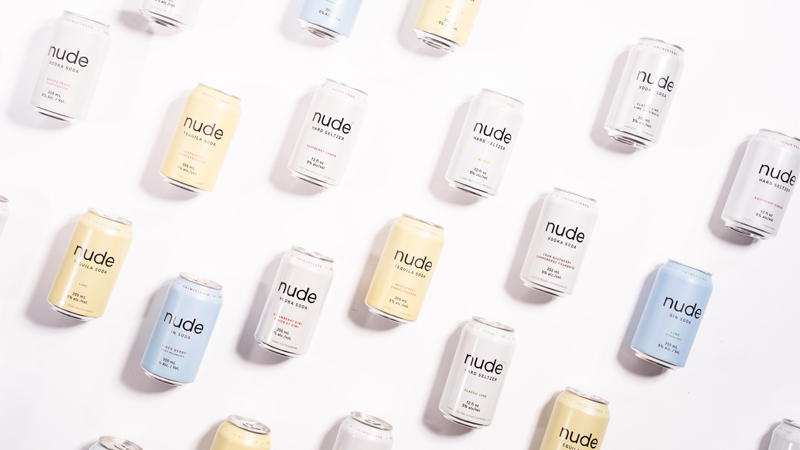 From probiotic hard kombucha to hard seltzers rich in antioxidant vitamin C, booze brands continue to market their products by touting purported health benefits — even though alcohol is, by nature, not a healthy product.

When brands aren’t talking about what their booze contains, they’re focusing on what’s not in there. For evidence, just look at the range of gluten-free vodkas, or the ongoing discourse over “clean” wine that’s dominated industry conversations in 2020.

While many in the wine world are calling for government bodies to step in and make brands clean up their acts, such spurious language is already seeping into other categories. (See: Nude, “the world’s cleanest hard seltzer”). Don’t expect things to change anytime soon. For years, we’ve gradually taken our purchases online, turning to the web for everything from toothbrush subscriptions to mattresses to pre-fab bars you can build in your backyard. But alcohol has always lagged behind, whether because of complex shipping laws or consumers’ apparent reluctance to give up their local wine and liquor stores.

Then came the coronavirus pandemic and everything changed. According to market analyst IWSR, the U.S. is poised to become the world’s largest alcohol e-commerce market in 2021, following an 80 percent value growth in 2019-2020. Among those buying alcohol online in the U.S. this year, more than 40 percent did so for the first time, compared with 19 percent in 2019.

While a drop in alcohol e-commerce is likely next year as life regains some normality, the gradual shift to buying booze online took its biggest-ever leap in 2020. By now, we are surely past the point of no return. The federal government’s lack of support for the hospitality industry during the pandemic has been deplorable. But many states deserve praise for allowing bars and restaurants to sell cocktails to-go and act as off-premise alcohol retailers. While the extent of the “lifelines” that these provisions offered is arguable, the greater impact of these decisions may yet to be seen.

If nothing else, 2020 provided a large-scale experiment in looser alcohol laws that almost certainly wouldn’t have happened otherwise. Overwhelmingly, that experiment proved positive for trade and consumers alike. Some states, including Iowa and Ohio, have already signed laws making cocktails to-go permanent. With each month that the country waits for widespread vaccination, the calls for others to follow in their footsteps will only grow louder.

This story is a part of VP Pro, our free content platform and newsletter for the drinks industry, covering wine, beer, and liquor — and beyond. Sign up for VP Pro now!