May 13, 2021 | Industry Press Highlights, Media, Retail, Advertising and the Economy | 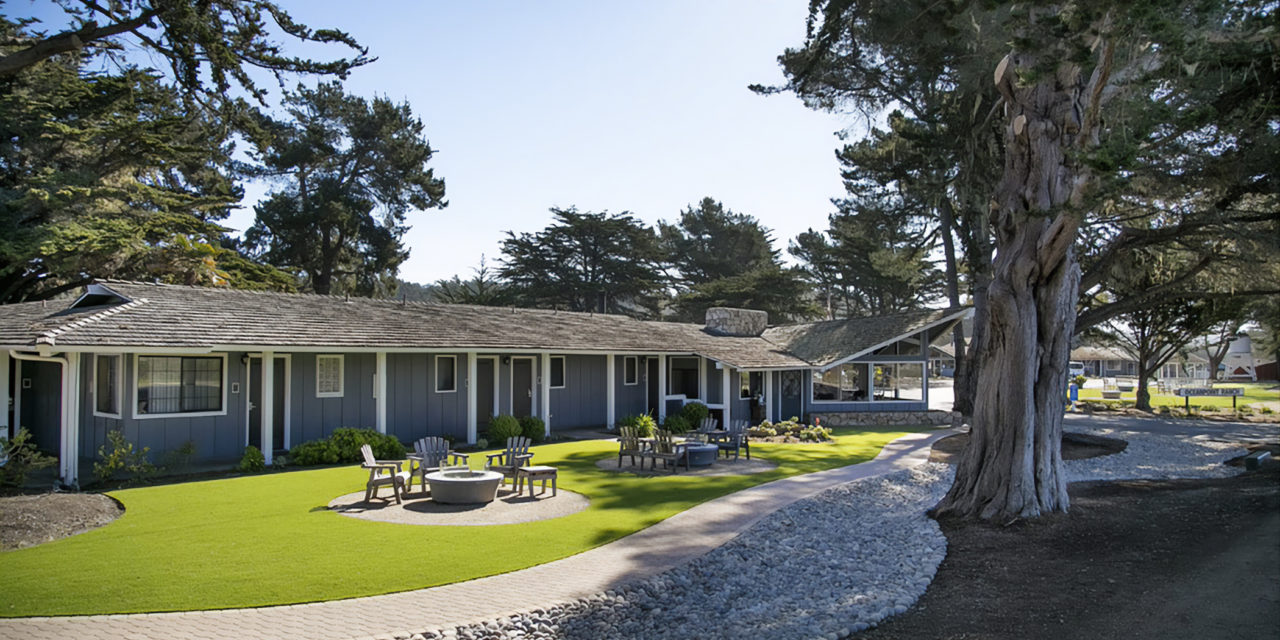 As demand returns, Pacifica Hotels’ Oceanpoint Ranch in Cambria, California, has received three to four times the number of wedding inquiries than it did before the COVID-19 pandemic started. (Pacifica Hotels)
By Bryan Wroten
Source: www.costar.com, April 2021

Hoteliers looking at demand during last year’s pandemic summer as well as current spring break trends expect the summer of 2021 will keep them on pace for the recovery.

The saving grace for the hotel industry last year was leisure travel as the corporate transient and corporate group demand were down, said Jan Freitag, national director for hospitality analytics at CoStar Group.

“It was basically all leisure, all the time,” he said.

Leisure travelers helped roadside hotels, beach hotels, hotels near state and national parks — basically any hotels in any destination where travelers could feel safe in their own bubble, he said.

“It’s not a stretch to imagine that this year, we will see a repeat of the same, only with more people for a variety of reasons,” he said.

The growing number of vaccinated people is making travelers feel more comfortable going on trips, he said. As COVID-19-related travel restrictions ease, that has a psychological effect on people, letting them believe conditions are safer now. Lastly, people are tired of being stuck in their homes. While many realize the pandemic isn’t over yet, they’ll take the precautions they need as they get on the road.

The expectation for this summer is that travelers will again head to resorts and destinations with wide open spaces, Freitag said.

Generally, urban markets are attractive to travelers because they usually have lots of demand drivers, such as theaters or restaurants, he said. When these venues are open, the demand will follow, but as long as they are closed, travelers will find alternative destinations.

While this summer should improve over last year, occupancy will certainly still be below 2019 levels because the corporate group portion is still so low, he said. Even with corporate transient coming back, corporate group isn’t expected to come into play until the third quarter of this year or later.

Leisure bookings have accelerated dramatically over the past several weeks, said Jon Bortz, chairman, president and CEO of Pebblebrook Hotel Trust. That includes near-term booking and those stretching out over 30 to 60 days, with some now reaching into the summer.

“We think it will be the strongest leisure transient summer ever in the industry, and that’s based upon all the pent-up demand, people getting vaccinated and immediately booking vacations and travel,” he said.

Leisure will need to carry properties that accommodated corporate transient and group bookings, and while those two segments will increase as time goes on, leisure will carry the day, he said. The guidance executives have provided their properties is to not look at history, but plan for a “monstrous summer,” he said.

Recently, Pebblebrook’s resorts started seeing occupancy in the mid-70% range over weekends and 50% for the whole week, Bortz said. Its urban properties were running 40% on weekends and 27% for the week after growing 6 or 7 percentage points.

That’s an indication of spring break travel, and that improvement is expected to run through mid- to late April, he said. The company’s Florida properties had occupancy percentages in the upper 80s and lower 90s through March, and that’s with higher rates than in 2019.

Through 2021, each month has improved over the last, Pacifica Hotels CEO Matt Marquis said.

The company expects to finish the second quarter with close to 70% occupancy across its portfolio. Leisure continues to be the dominant segment, accounting for 90%-plus of all its business at the moment. Corporate travel remains low, but it’s growing at about 5% per month.

“It’s a much more positive outlook than we’ve seen probably in the last 12 months, and we’re kind of seeing a light at the end of the tunnel and we don’t think it’s another train coming to run us over,” he said.

Hoteliers have grown accustomed to the short booking window over the last 12 to 13 months, which largely had to do with the uncertainty at the time, Marquis said. That booking window is going to elongate heading into summer and into the fall.

“My office team is telling us that they think we will have a stronger fourth quarter than normal because travel is pent-up and there will still be that spill over into that fourth to first quarter of 2021 and 2022,” he said.

Pebblebrook’s hotels have had a dramatic increase in the number bookings from social groups, particularly for weddings, Bortz said. Many couples postponed weddings last year or got married in a small ceremony but held off on the large reception until it was safe.

“We’re seeing a lot of those have been rebooked into the second half of ’21 beginning around Memorial Day,” he said.

Many of Pebblebrook’s properties, particularly those with outdoor venues, are getting booked, he said. There aren’t many available Saturdays left over the next 21 months, so many couples are now moving their weddings to Fridays, Sundays and even midweek. These weddings are ranging in size, depending on what kind of space is available at the venue, from small ceremonies to 150-person weddings.

Pacifica’s hotels are receiving a lot of wedding inquiries right now, Marquis said. Many of these weddings are for couples who postponed from last year, but now that things are improving, they’re more comfortable moving forward.

The company’s Oceanpoint Ranch in Cambria, California, has received three to four times the number of wedding inquiries it was taking before the pandemic started, he said.

“There’s a lot of pent-up wedding celebrations and parties,” he said.

“The rates are up so much in our resorts that they’re carrying the whole portfolio from a rate perspective,” he said.

While the resorts’ daily rates have gone up and down a bit over the last four or five weeks, they’re averaging out to be about flat compared to 2019 numbers, he said. The urban properties in locations with nicer weather have improved as well, but even its Chicago hotel is seeing a pickup in leisure travel.

Pebblebrook’s San Diego properties recently reached occupancy of 70% or 80% over the weekends with rates about 30% to 40% off normal levels, he said. Those rates will begin to recover as demand strengthens further.

March’s average daily rate has shown improvement, increasing by $11 since February to $165, Marquis said. March revenue per available room has reached an inflection point and has passed March 2020’s RevPAR by 14%.

April is pacing ahead of March, and Pacifica officials expect a 65% range for the portfolio by the end of the month with additional rate growth up to more than $170, he said.

Another interesting trend among guests is they are now booking suites and rooms with a view, more so than before, Bortz said. That suggests they are tired of being cooped up in their apartments or houses and want more space when they go on vacation, he said.

Marquis said he’s seeing guests act similarly. Guests are extending their stays by a day or day and a half. They’re also buying more room upgrades now, particularly since the latest round of direct stimulus checks from the federal government. The nicer rooms sell out faster now because everything is priced well compared to historical pricing.

“I do think people look at this kind of like found money from the government,” he said.