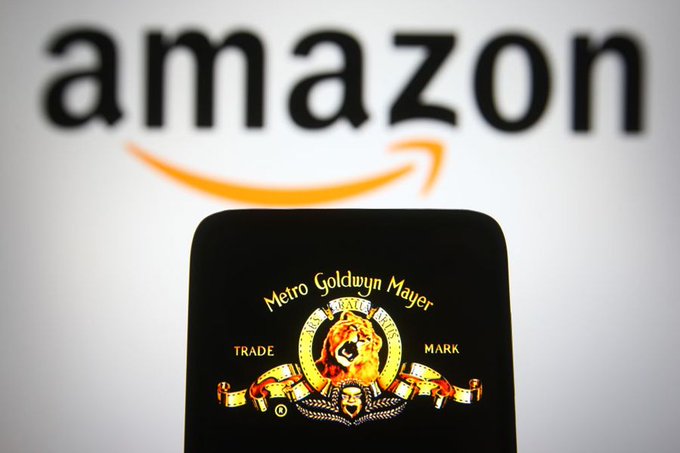 Alan Wolk: While the MGM sale may seem like it’s a part of the so-called ‘streaming wars,’ the game Amazon is playing remains a whole lot bigger than just TV

There’s been a whole lot of buzz in the trades this week about how the Amazon/MGM deal is the latest salvo in the streaming wars, and how it makes Amazon a real competitor to Netflix and all that.

To which my response has been, “Yes, but…”

As in, “yes, but it’s not like anyone was ever going to dump their Prime membership and give up that free two-day delivery just because they didn’t like the free video programming Amazon had on offer.”

Which is really the point: programming on Amazon Prime has always been a lucky strike extra, a reward of sorts for being wise enough to sign up for free two-day delivery.

That free two-day shipping is what makes Amazon such an outlier among all the Flixes. Because it’s pretty fair to say that the $119/year most people pay for Prime comes from a very different budget than the $156 they pay for Netflix.

Prime customers are paying for the convenience of not having to run to CVS at 8 p.m. on a winter night because they realized they’d forgotten to buy toilet paper, not for the ability to binge The Marvelous Mrs. Maisel. As a result, they don’t see the money spent on Amazon as part of what they’re spending on television.

Which may explain why Amazon’s content strategy has been all over the map.

In the early years, they made programs like Transparent, Mozart In The Jungle, and Red Oaks that appealed to HBO viewers and award show judges. It was a way to get them on viewers’ radar but then a new regime came in and began making shows with broader appeal like The Marvelous Mrs. Maisel that still managed to win awards.

TV series are only one part of Amazon’s greater content strategy though, as they’ve also branched out into making original movies like Manchester By The Sea and Borat, both of which also won awards.

Those award-winning shows are just window dressing, however, ways for Amazon to prime you (pun intended) to go where they feel their real money lies: subscribing to other services via Prime.

It’s a very clever plan, given that anyone who has Prime already has their credit card stored in the Amazon system, and so adding a monthly subscription to anything from PBS Masterpiece to Showtime to Paramount Plus and Discovery Plus is just a simple click. And boom! You can start watching whatever show it was that lured you there in the first place.

Not only is this lucrative for Amazon (they get a cut of the subscription fee) but it’s well received by viewers, who like that they can actually get all the services they subscribe to from a single source and (this is really key) from a single interface.

While I understand why the various Flixes want viewers going directly to their apps, where they can both track their viewing and recommend shows to keep them on the platform longer, I also understand why consumers find having to switch from app to app to be a the worst thing ever, and why they’re happy to consolidate all their viewing on Prime.

But Amazon’s TV plans don’t stop at selling subscriptions. That’s because Amazon, as you might expect, has an incredible amount of data on their viewers, given that those viewers do a significant amount of their shopping on Amazon, buying everything from groceries to clothing to computers to sporting goods to vitamins.

To accomplish this, Amazon has rolled out its very own FAST, IMDb TV.

Now, here’s where it gets really clever: because Amazon has a large TVOD business (transactional VOD, aka rentals), it can offer viewers a choice when they search for one of the many movies and TV series that are not included with Prime: pay $1.99 to watch a single episode … or watch for free with ads.

The viewers who choose the latter option are likely unaware that they are being transported to IMDbTV, thinking instead that they’re on some new ad-supported section of Prime, and given that they’re not paying for the show they wanted to see and only getting a relatively light ad load, they’re usually not too chuffed about it.

So where does MGM fit in?

It’s part of the lure.

Amazon now has an even wider selection of popular free shows and movies that a viewer might want to watch. While they’re making their way through the Bond movies, Amazon can recommend other shows about British secret agents, ones that just happen to require a subscription to BritBox.

Or it recommend shows they can watch for free with ads.

Amazon can also remind them that their home team is playing on that Thursday night’s NFL game. And if the viewer takes Amazon up on that offer to watch the game, they may well find some mugs with the team’s logo “based on your browsing history.”

This is all a gateway into a whole other area that Amazon is exploring–T-commerce, because really, who is better suited to sell you the ingredients to the recipe Giada just prepared on Discovery Plus (which you subscribe to via Amazon) than the company that just happens to also own Whole Foods?

The point being: While the MGM sale may seem like it’s a part of the so-called “streaming wars,” the game Amazon is playing is a whole lot bigger than just TV.