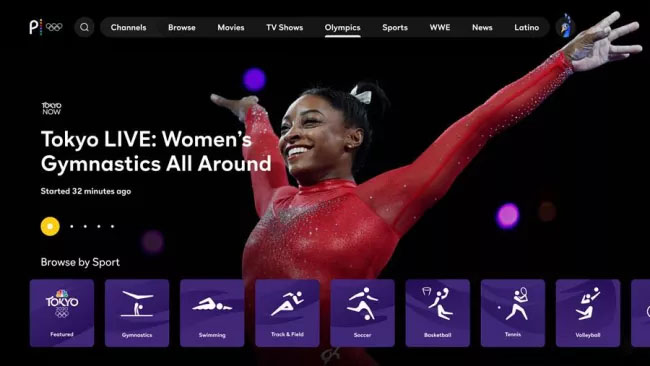 App downloads of the major virtual MVPDs were up 63% in June, most likely driven by heavy sports content and the run up to the Summer Olympic Games in Tokyo, according to a report by Evercore ISI media analyst Vijay Jayant.

YouTube TV again accounted for the largest slice of overall vMVPD downloads — 44% — but it was sports-centric FuboTV that had the biggest year-over-year gain in the segment –312%, according to Jayant. FuboTV was a close second to YouTube TV in terms of download share (33%), followed by Sling TV (18%) and AT&T TV (9%).

“Virtual MVPD app download trends improved vs. the prior few months likely driven by the strong sports calendar and lead into the Olympics,” Jayant wrote in his report, adding that May downloads rose 11% year-over-year, driven by FuboTV and YouTube TV.

The Summer Olympic Games are scheduled for July 23-Aug. 8 in Tokyo and NBCUniversal plans to air about 7,000 hours of content on its broadcast and cable networks as well as digital platforms including Peacock and Telemundo Deportes.

For SVOD providers, the month was mixed. Netflix app downloads were down about 25% year-over-year, a slight improvement over May’s 30% decline. Showtime (up 132%), Disney Plus (up 114%) and HBO Max (up 63%) were the top performers in the sector, while Hulu rose 4% and Amazon Prime Video increased 1% in the period.

HBO Max, according to Jayant, dominated the SVOD space with strong releases of originals and library content in June. Its June 29 expansion into 39 Latin American and Caribbean countries should help drive downloads in July, he said.

Newer entrants Discovery Plus (launched Jan. 4) and Paramount Plus (launched on March 4) were not included in year-over-year estimates. But Jayant wrote that month-over-month trends at Discovery Plus have been marginally weaker, with June 2021 downloads at about 1.2 million, fewer than the 1.5 million downloads in May. Paramount Plus’s ad-supported tiered launch June 7 helped push total downloads to 2.3 million in June, up from 1.4 million in May.

On the ad-supported side, Jayant estimated that app downloads were up 48% year-over-year in June, fueled by gains at Tubi TV (up 49%). Trends for Pluto TV were down about 3% for the month, but the ViacomCBS-owned streamer still holds the biggest share of download activity at 38%, according to Jayant. NBC Universal’s Peacock launched in April 2020, so year-over-year comps were not shown, but Jayant wrote the service has a 26% share of download activity, close behind Pluto.