From Aerie to Zara, Retailers are Turning Viral Tiktok Moments into Sales Gold 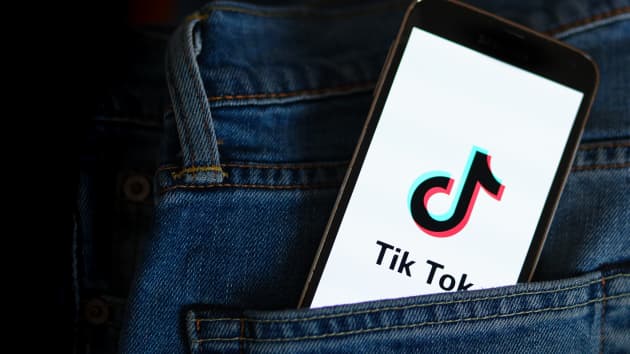 When a Lululemon skort went viral across TikTok earlier this summer, 16-year-old Kylie knew she had to get her hands on it.

But by the time she was searching for her size on Lululemon’s website, it was already sold out. The sought-after skort — part skirt, part shorts with a two-inch inseam — was also totally bought up in a nearby store in Boulder, Colorado, according to Kylie’s mom.

The teen then relied on her favorite TikTok influencers, who often post #fashionhauls and #OOTD (outfit of the day), to alert her when the skort would be back on sale. She was also closely monitoring, even during school hours, other hashtags on the social platform, like ”#preppy” and ”#closettour.” Ultimately, Kylie ended up snagging it in a bigger size and taking it in for alterations.

“My kids come to me all the time now showing me TikTok videos, pointing at them, saying, ‘I want to buy this’ or ‘I think this is cute for the fall,’” said Nicole Leinbach, a Boulder resident who is the mother of Kylie and 13-year-old Claire. “They’re definitely leaning into TikTok to help guide them in what they want.”

It used to be a trip around the mall with friends, but many teens today are scouring TikTok for inspiration. Tethered to their phones, this generation spends an average of 12 hours on social media apps per week. They desire authenticity and individualism, with clothing serving as a key form of self-expression, but Gen Z’s social habits reveal they are seeking guidance from others they trust before committing to a dress or a pair of sneakers.

Thanks to TikTok’s easily searchable hashtags and the power of influencer accounts that boast anywhere from a couple thousand to millions of followers, viral sensations keep occurring for products like the Lululemon skort. For Zara, it was a pair of wide-leg denim pants, while Aerie sold out of a pair of leggings with a unique crossover waist. Ahead of Valentine’s Day, Kate Spade sold through a heart-shaped bag thanks to a popular TikTok video. Eyeing a bigger opportunity, retailers are looking for ways to capitalize on these viral moments. And it will likely become an even bigger part of business strategies this back-to-school season.

“TikTok has the ability to make something go viral much quicker than anything we see on Instagram,” said Jessica Ramirez, retail research analyst at Jane Hali & Associates. “For retailers, that is a huge advantage.”

In January, TikTok star Barbara Kristoffersen posted a video of herself wearing Gap’s iconic logo hoodie in dark brown. It was a vintage find. Gap hadn’t manufactured that style in more than a decade.

Fueled by the power of TikTok influencers and their devout followings, brown hoodies started appearing on resale sites for as much as $300. People who had the hoodie stowed away in the back of their closets were sharing videos pairing it with Louis Vuitton bags and other luxury brands in neutral hues.

After it went viral on TikTok, Gap is relaunching its logo hoodie in a brown color. It’s currently available for presale.
Source: Gap PR

Kristoffersen’s post has since racked up nearly 2 million views. And the hashtag ”#gaphoodie” has more than 6.6 million views — and growing — on TikTok.

Gap noticed the momentum shortly after Kristoffersen’s post and began sending her more logo hoodies in various colors. The company also sent hoodies to a handful of other TikTok users. The retailer’s strategy was to rely heavily on the influencer community, Gap Chief Marketing Officer Mary Alderete explained in an interview.

“We did start [a TikTok] account, but we didn’t rush to do a lot of posts,” she said. “These creators get on there … and they’re influencing literally what the trends are.”

To tap an even bigger sales opportunity, Gap decided to manufacture a fresh batch of brown logo hoodies. The product is available for presale and will ship later this fall. The company also partnered with TikTok to crowdsource its next color based on user votes.

After a winning color is selected, the new hoodies will hit Gap stores and its website just in time for back-to-school shopping, Alderete said. Aside from the holidays, it’s one of the busiest sales periods of the year.

Gap also expects the renewed momentum for its boldface logo to benefit Gap Teen, an apparel vertical it launched in early 2020 to cater to tween and teen girls.

“We have our kids’ back-to-school campaign, but we wanted to do something disruptive for back-to-school for teens,” Alderete explained. “And this crowdsourcing job was our teen approach.”

The teen retailer Aeropostale is leaning into a similar viral experience it had with its crop tops.

The hashtag ”#tinytops” started blowing up on TikTok in early April, and some of Aeropostale’s merchandise was in the mix, alongside that of American Eagle and Abercrombie & Fitch. The trend refers to crop tops, which have exploded in popularity in recent months, especially among tweens and teens who are pairing the skin-baring shirts with high-waisted and looser-fitting bottoms.

“It’s very ’90s, Y2K — as the bottoms get bigger with more volume, that’s when the tops get tinier and smaller,” said Natalie Levy, president and chief merchandise officer at Aeropostale’s parent, SPARC.

After some TikTok posts started going viral, including one by Lexi Hidalgo, who has more than 1.6 million followers, people were not only visiting Aeropostale’s website in search of the crop tops, but they also came into stores asking employees specifically for “TikTok items,” Levy said.

Aeropostale reacted fast. It now has sections of its stores devoted to clothing that’s gone viral on TikTok: Crop tops, baggy denim and oversized sweatpants. Those will remain throughout back-to-school season.

“What’s great is we aren’t paying for celebrity influencers or talent … it just happened organically,” Levy added. “We’re really authentic about it.”

Some retailers, though, have taken the approach of directly tapping big-name talent. Abercrombie & Fitch’s Hollister brand debuted a new line of clothing called Social Tourist, in a partnership with TikTok superstars Dixie and Charli D’Amelio. Terms of the deal were never disclosed, but Abercrombie said it has a multiyear deal with the sisters, who combined have more than 170 million followers.

Sharing ideas with a stranger

According to one Gen Z expert, letting content flourish organically might be the best approach to reach consumers under the age of 24.

Hana Ben-Shabat, founder of the advisory and research firm Gen Z Planet, said that many younger TikTok users prefer seeing posts from so-called micro- or nano-influencers, who might only have a couple hundred or thousand followers. They feel as if these people, unlike the D’Amelio sisters, are much more relatable, she said.

“This is a generation that is seeking authenticity in everything they do,” said Ben-Shabat, who is also the author of the upcoming book “Gen Z 360: Preparing for the Inevitable Change in Culture, Work, and Commerce.” “Tiktok is a platform that allows you to go there and be yourself. ‘Be yourself’ is the Gen Z mantra. There’s no doubt about it.”

“And what is the best way to express individuality? Beauty and fashion,” she said.

Across all generations, though, there’s clearly a growing buy-in from people to shop directly from social media apps.

Social commerce sales in the United States are forecast to rise 35.8% this year to $36.62 billion, according to eMarketer. This would mark a slight deceleration from year-over-year growth of 38.9% in 2020, eMarketer said, when the Covid pandemic kept more people at home and shopping from their phones. EMarketer defines social commerce as products or services ordered via social networks, such as Facebook, Instagram, Pinterest and TikTok.

The U.S. lags in comparison with China, which is expected to see social commerce sales eclipse $351.65 billion in 2021, according to eMarketer’s data.

EMarketer doesn’t break out social commerce spending by generation. But it’s worth noting that TikTok usage among teens is still growing, relative to other social platforms. TikTok is now teens’ second-favorite social media app, according to a survey of 7,000 teens from Feb. 19 to March 24 by Piper Sandler. It’s stealing share from Instagram and Snapchat.

And earlier this month, TikTok announced that in the coming weeks it will be rolling out the option to all users to create videos as long as 3 minutes. The shift could make the app even more appealing to influencers and creators hoping to share longer-form content, such as longer fashion hauls or beauty tutorials.

Forty-one percent of back-to-school shoppers are planning to use social media platforms to help them decide what to buy before going back to the classroom, according to a Deloitte survey of 1,200 consumers. That’s the highest percentage Deloitte has tracked in the six years it has asked this question.

“People are attracted to the idea of another stranger sharing ideas, whether it’s their fashion style or just their thoughts,” 43-year-old Leinbach said about her daughters spending time on TikTok.

“Users of TikTok don’t want to see brands trying to push something to them. They’re looking to influencers for inspiration,” she added. “They also, in many ways, feel as if they’re their own influencers within their smaller networks.”