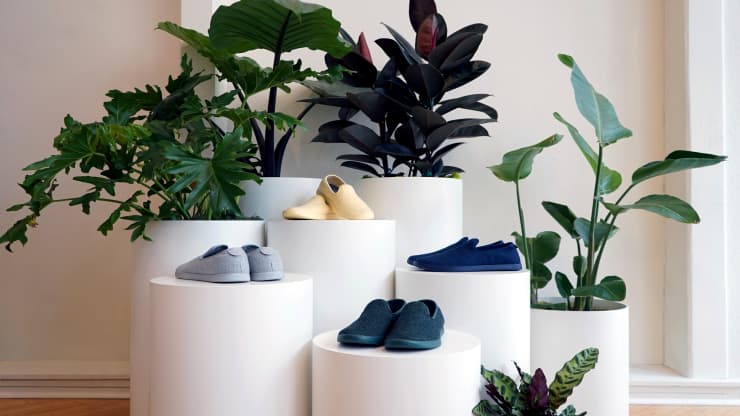 Sustainable shoe maker Allbirds said Tuesday it has lost money since its inception and expects it will continue to be unprofitable for the foreseeable future, as it prepares to debut on Wall Street through an initial public offering.

Allbirds said it has applied to list its Class A common stock on the Nasdaq exchange under the ticker symbol BIRD.

The news follows direct-to-consumer darling Warby Parker revealing earlier this month in a regulatory filing it has seen rising sales, but also widening losses over the last three years. The eyeglass maker is preparing to go public through a direct listing.

Allbirds is hoping to cash in on increasing demand, especially among younger shoppers, for products that are sustainably sourced. It launched an activewear line earlier this month, expanding its product assortment beyond its popular wool sneakers.

But the company has yet to turn a profit, which could worry potential investors.

Allbirds’ net loss totaled $14.5 million in 2019 and grew to $25.9 million in 2020, according to documents filed with the Securities and Exchange Commission. For the six-month period ended June 30, Allbirds reported a loss of $21.1 million.

Digital sales totaled $194.6 million in 2020, representing a whopping 89% of total sales. More people shopped online last year due to the Covid-19 pandemic, and Allbirds has been a beneficiary of the shift toward comfort and casual dressing.

The company had 27 stores as of June 30, and it plans to make a much bigger push into bricks and mortar in the future. Allbirds said it is in the “early phase of a ramp towards hundreds of potential locations.”

The company also acknowledged how competitive the footwear and apparel market is today. It’s aiming to take market share from businesses such as Nike and Adidas, which have been around for decades and have amassed huge brand awareness among consumers.

Allbirds has a loyal following. Repeat customers accounted for 53% of its sales last year, up from 46% in 2019, the company said. Its fans also spend more money over time. A repeat customer’s average spending grows by more than 25% in the second year they shop the brand, Allbirds said.

Allbirds last year raised $100 million in a Series E funding round, reportedly valuing the business at $1.7 billion. It was founded by co-CEOs Joseph Zwillinger and Timothy Brown in 2015, and sold its first pair of shoes a year later.