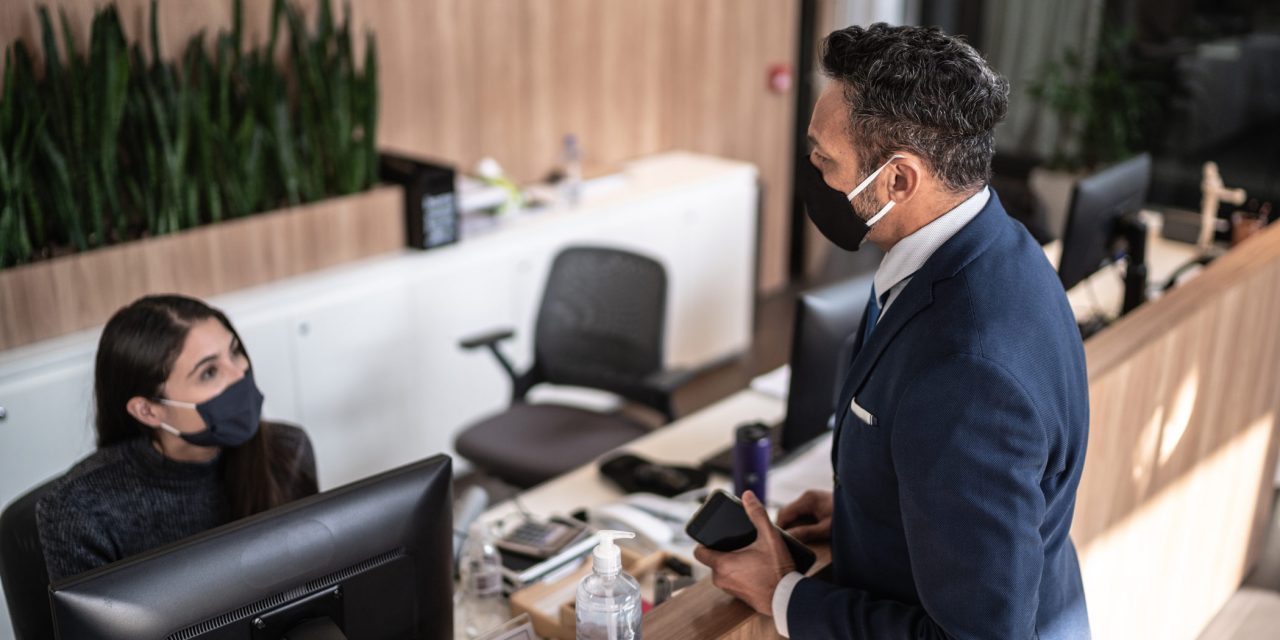 
Hoteliers in the U.S. had been pinning their hopes on business travel picking up after Labor Day, but those projections are dimming as COVID-19 cases increase nationally.

On Marriott International’s second quarter earnings call with analysts in early August, CEO Tony Capuano said many of its corporate customers were telling Marriott they are starting to get back on the road this summer. Other hotel CEOs expressed similar sentiments in their calls.

“We expect to see a step up in business travel post-Labor Day, as children go back to in-person learning and workers increasingly return to office,” Capuano said on the call.

But new data from a national survey conducted by Morning Consult on behalf of the American Hotel & Lodging Association show U.S. business travelers are scaling back travel plans. A total of 67% of respondents said they plan to take fewer trips, and 52% are likely to cancel existing travel plans and not reschedule. Additionally, 71% are likely to attend fewer in-person events.

“Despite an uptick in leisure travel over the summer, the new survey highlights the dim outlook for business travel and events, which account for more than half of hotel revenue and aren’t expected to return to pre-pandemic levels until 2024,” the release states.

As recently as early August, Marriott’s group bookings in the U.S. were gaining momentum. During the call, Capuano said that for the first time since the COVID-19 pandemic began, group bookings made during June or any time in 2021 exceeded in-the-year bookings made in the same month of 2019.

“If you asked us three weeks ago, four weeks ago, yes, everyone had all their money bet on September,” she said. “I do think there’s a little bit of a softening. The good thing is, what we’re not seeing is restrictions coming back.”

People are still traveling despite spikes in cases and mask mandates remaining, but the million-dollar question is will the business traveler be traveling in September, she said. By mid-September, that answer should be a more clear.

So far the bookings show business travelers are back, but it is not as high as they anticipated, and no where near 2019 levels, she said.

“However, since then, we’ve seen a lot pull back,” she said, noting it does vary by market. Instead of a step up in September, she said it will be more like a small ramp.

Kim said her company was expecting the volume to come back, but several large city-wide conventions and trade shows in markets such as New York City have been canceled for September.

“There is still a lot of up-in-the-air mentality for the next month … we have a lot of hotels in New York that rely on corporate strength, group, transient and international,” she added.

Theresa Hajko, regional director of revenue management at Irving, Texas-based management company Spire Hospitality, said her company has had a step up in bookings each month, with the greatest being in August. Spire does expect another step up in September, but business travel will not be at 2019 levels likely until the first half of 2022.

“As far as the Delta variant, we are getting some smaller convention cancellations … we have had a lot of inquiries about what our cancel policy is,” she said. “But so far, we’re not really seeing it affecting our transient demand.”

Who is Traveling and How They Are Booking

Real Hospitality has studied who its guests are and why they are traveling.

“We found a lot of people who are booking are actually here for some sort of work or business-related travel, but they’re booking under the traditional leisure codes, like members-only rates,” Kim said, noting it could be due to compliance reasons. “Yes, there has been business travel, but it’s not the traditional booking … consortias and GDS [global distribution] bookings are still low. What I notice is people booking outside of that.”

She said this is one of the first times her team has noticed this shift in booking patterns. Because of their hyper focus on segmentation in the past year and a half, these slight nuances have been more apparent.

“If you think about it, everyone’s been talking about weekend demand — anything that touches a Monday, Tuesday or Wednesday, [we say] what is this? Essentially, that’s how we focus our segmentation. We’re noticing that not only is the OTA traveler just a leisure traveler, they will also include the business traveler, or even smaller accounts we’ve never explored before like local negotiated travel.”

Driscoll said the bookings at McNeill’s hotels are coming from all channels. Every corporation has its own booking method, but some travelers could be going where rates are lower or on brand.com instead.

“We tend to follow all the best rate guarantees, so we’re not discounting on [online travel agencies]. Most of our business is coming direct through the brand.com channels and or through the GDS, when it comes to the corporate travelers,” she said.

Hajko said Spire is seeing a small amount of consortia starting to book again, with August being the first month it’s improved. Her hotels have had success with business travelers who are booking through their local corporate accounts. Tour groups and sports teams are also beginning to return.

Revenue Managing for the Demand

While Hajko said Spire is optimistic about the demand mix this fall, her team always had the feeling that the industry wouldn’t be out of the woods yet by September.

“We always knew that corporate [business] was going to be soft towards the end of the year and maybe even into the first quarter of next year, so we laid the ground work. We took group base at some hotels that in the past we would not have taken,” she said.

Additionally, if brands allow it, her team will issue online travel agency and wholesale promotions.

Kim said Real Hospitality Group’s revenue management strategies include maximizing the hotels’ most popular assets. For example, if some of their hotels’ rooms with balconies sold well at higher rates during the summer, they will continue that through the fall. Her team will also continue with a hyper-focus on guest segmentation.

Driscoll said her focus is on pricing the hotel rooms.

“I tend to lean into making sure your rates are right. Packages are good, but unless they’re huge sellers, it’s just taking up shelf space in my opinion,” she added.