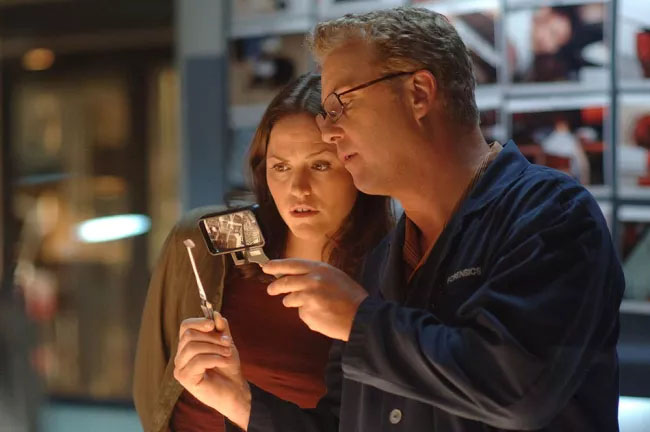 Viewership isn’t close to what it used to be, but broadcast networks have learned a few tricks over the years

The TV season that has defined the role of television in viewers’ lives, with splashy new shows premiering each day in the fall, is just about upon us. But in the era of glittery streaming series and viewers used to watching what they want when they want, one wonders what role the broadcast season, running late September until the spring with shows plugged into the Tuesdays-at-8 slot, still holds in 2021.

Further dimming the fall season glitter is the broadcast networks’ years-long effort to premiere shows on all months of the calendar, meaning fewer debutants in September.

Not many would posit that the traditional TV season wields more than a glint of the wattage that it used to, but some believe the substantial audience broadcast still has — shrinking as it may be, and aging all the while — continues to be the envy of many TV platforms. True breakout hits on broadcast are rare, but a show that launches with decent ratings and develops a sizable viewing base (also a rarity) can mean major returns for the network.

Some industry insiders view the broadcast season as an outmoded advertising function. The broadcast nets show off their stuff at the upfront presentations in the spring, ad sales begin and the shows, and accompanying ads, debut in the fall. “All those things are less and less relevant,” said Preston Beckman, former senior strategist at Fox and chairman of media consulting outfit The Beckman Group. “Network buys are part of larger buys now — they buy the streaming service in addition to the network. The networks are rolling out shows more year round, and the alternative networks are dropping shows 52 weeks a year.”

Broadcast network executives acknowledge their diminished role in the modern TV landscape, but insist the traditional season isn’t disappearing any time soon. “People like knowing that something special and new is coming,” said Bruce Helford, executive producer of ABC comedy The Conners. “Knowing a new season is coming is like knowing when the new cars come out. It allows people to gather their excitement and plan on watching something special.”

Besides a substantial viewership base, relative to most of the competition on cable and streaming, the networks also have sibling streaming platforms to help viewers catch up on a show their friends keep raving about, and to promote the flagship network’s shows.

Mark Pedowitz, The CW chairman and CEO, called the fall season kickoff a “touchstone” for myriad viewers. “This annual rite of the broadcasting fall still exists for many,” he said.

The 2020-2021 season had a patchwork feel to it, as networks scrambled amid the pandemic shutdown to get shows on the schedule. Networks typically launched just a couple new ones apiece, often holdovers from the midseason or summer, and filled in the blanks in a variety of ways, such as Fox airing L.A.’s Finest, which had aired on Spectrum Originals, and CBS borrowing Star Trek: Discovery from CBS All Access and One Day at a Time from Pop TV. CBS ate up schedule space with Sunday Night Movies last fall.

With countless shows sustaining COVID-induced delays, many premiered weeks or even months later than they normally do, putting something of an asterisk next to fall 2020.

The new season starts Monday, Sept. 20, with Dancing with the Stars, which will see a first for the show in its 30 seasons as teen star JoJo Siwa will have a dance partner who is also female.

Network executives said the ABC schedule, coupled with on-demand viewing on Hulu, offers viewers every opportunity to fall for a new show. “Change is everywhere and audiences have more viewing opportunities than ever before,” said Jane Gould, executive VP, content research, insights and scheduling, Disney General Entertainment. “But the traditional TV season is still important to us, our advertisers and most importantly our viewers, who are accustomed to its cadence and look forward to the excitement of fall launch.”

Comedy The Wonder Years, featuring a Black middle-class family in Alabama in the late 1960s, starts Sept. 22. “We wanted to really take the opportunity to show a part of Black middle-class life that had not been seen before,” executive producer Saladin K. Patterson said.

Fred Savage, star of the original show that ran 1988 to 1993 on ABC, is an executive producer and director on the remake.

Leading out of The Wonder Years is The Conners, which kicks off season four with a live episode. Helford called the episode “a love letter to the fans” after what they’ve lived through over the past 18 months.

New stuff on ABC also includes Queens, about four women in their 40s who aim to recapture their fame as a hip-hop group back in the ’90s.

CSI: Crime Scene Investigation premiered in 2000. CSI: Vegas brings back stars William Petersen and Jorja Fox. “We expect that to be a hook for viewers to come back to see — a couple of very, very popular characters in TV history,” said Kahl.

CBS shows the Emmys Sept. 19, with Cedric the Entertainer hosting. His comedy The Neighborhood starts a day later.

Fox gets things going in the fall with the season premiere of 9-1-1 Sept. 20, followed by new drama The Big Leap, about a group of down-on-their-luck characters attempting to change their lives by participating in a reality dance show that reimagines Swan Lake. Thorn called the show “incredibly emotional and very funny and overwhelmingly positive.”

“We think that positivity can be contagious,” he added. “It’s what we all want to experience right now.”

New drama Our Kind of People, about an affluent African-American community on Martha’s Vineyard, begins Sept. 21. The Lee Daniels series “looks at a part of Black culture that has never been seen on television,” said Thorn.

New shows on NBC this past season include comedies Kenan and Young Rock and drama Law & Order: Organized Crime, all of which are returning.

Debuting shows include dramas Ordinary Joe, centered around the idea of how choices made in a single moment can alter the course of life forever, starting Sept. 20 and starring James Wolk. Kern called it “a Sliding Doors take on a program.” La Brea, on Sept. 28, is about a massive sinkhole that opens in Los Angeles, and the dangerous primeval land that those who fall into it find.

Smash drama This Is Us returns in the midseason for its sixth and final season.

The CW began its previous season in January, with its fall schedule featuring CBS All Access drama Tell Me a Story and Canadian drama Coroner, among other rentals, with mainstays like All American and Riverdale following in early 2021. Rookie originals last season include Superman & Lois and Walker, which both earned sophomore seasons.

The CW season starts Oct. 1 with Penn & Teller: Fool Us. New shows include 4400, about 4,400 people who vanished across many years, then reappear with no memory of what happened; a reboot of Nickelodeon competition series The Legends of the Hidden Temple and another competition series based on a U.K. format, Killer Camp.

The 4400 had aired on USA Network years ago. Pedowitz called the new 4400 “a look at how things change, how things didn’t change, and how things need to change.”

The CW went straight to series on drama Tom Swift. The network programs Saturday nights for the first time starting Oct. 9 with Whose Line Is It Anyway? and World’s Funniest Animals. “It gives us the opportunity to promote Sunday and Monday without having a day in between,” Pedowitz said.

Beyond ABC, CBS, Fox, NBC and The CW, fall TV premieres include the series starter for B.J. Novak anthology series The Premise on FX on Hulu, and Dan Brown’s The Lost Symbol on Peacock, Sept. 16; season two of The Morning Show on Apple TV Plus Sept. 17; the Ken Burns documentary Muhammad Ali on PBS and The Circus on Showtime, Sept. 19; and the final season of Goliath on Amazon Prime Sept. 24.

Back on broadcast, Beckman sees the collective schedule as “safe, recognizable programming,” and “programming you’ve seen before, just in a different city, or about a different public servant within the city.”

He doesn’t sense a breakout. But network execs remain hopeful. Kern thinks back to his time at ABC, when Lost, Grey’s Anatomy and Desperate Housewives all premiered in 2004-2005. That was a different era in TV, but broadcasters have their fingers crossed. “If you market it right and promote it right, people get interested in it,” Kern said. “If everything lines up the right way, the next thing you know, you’re talking about the next This Is Us, the next The Masked Singer.”

Thorn said there is “no bigger storefront” than the one that broadcast TV offers, meaning more than enough viewers exist to turn a well-produced and marketed show into a hit. “I do believe, where we are right now culturally, there’s a huge opportunity for a hit television show,” Thorn said. “The audience is craving something new and different, and we are taking big swings that are going for that new and different.”

Michael Malone, senior content producer at B+C/Multichannel News, covers network programming, including entertainment, news and sports on broadcast, cable and streaming; and local broadcast television. He hosts the podcasts Busted Pilot, about what’s new in television, and Series Business, a chat with the creator of a new program, and writes the column “The Watchman.” He joined B+C in 2005. His journalism has also appeared in The New York Times, The Philadelphia Inquirer, Playboy and New York magazine.