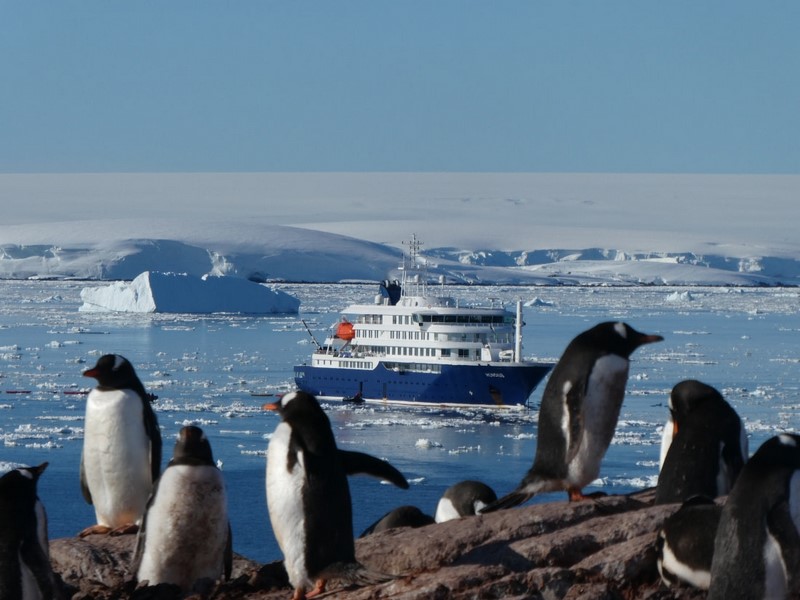 Two Oceanwide ships have departed toward Antarctica for the company’s first Antarctica season since 2019-2020 as the Plancius and Hondius are already on their way south.

The two vessels are booked solid, the company said, and will restart operations on November 23 and 26, respectively, kicking off the season with the 19-night Solar Eclipse cruise through three destinations: the Falklands, South Georgia, and our much-missed Antarctica.

“It’s fantastic to be starting again,” said Oceanwide CEO Michel van Gessel. “It’s especially great to be starting from such a place of confidence. We’ve provisioned our vessels, upgraded their health protection technology and protocol, and we’re finally getting back to doing what we love to do with the people we love doing it with – our crew, our guides, and most of all, our passengers.”

Michael Frauendorfer, hotel manager on the Hondius, said: “There was some stress getting everything ready so we could leave on schedule, but as our date of departure approached, all of us were super excited to be getting back to doing what we do best.”

Frauendorfer was returning from Antarctica on Ortelius in March 2020 when most of the world’s ports closed, forcing the ship to sail from Ushuaia to Buenos Aires and finally to Montevideo before being able to disembark passengers.

“It’s also a little weird after all this time,” Frauendorfer added. “Even though our general work didn’t change, we’ve completely upgraded the health and sanitation practices on our ships, so some things are very different.”

Oceanwide COO Mark van der Hulst added: “Each ship now has two doctors instead of one, along with PCR testing devices, thermal cameras for temperature screening, UV light filtration systems, and quarantine rooms with independent air intakes, among other things. We’ve also expanded the cleaning and sanitation duties of our crew and have devised a detailed response plan in the unlikely event of an infection onboard.”

“I have goosebumps,” noted Hondius Captain Toni Salo. “I didn’t let myself believe we were actually going back until we threw the last line off the ship. Now that we’re on our way, all the hard work and waiting has paid off. I love having saltwater under my keel again!”