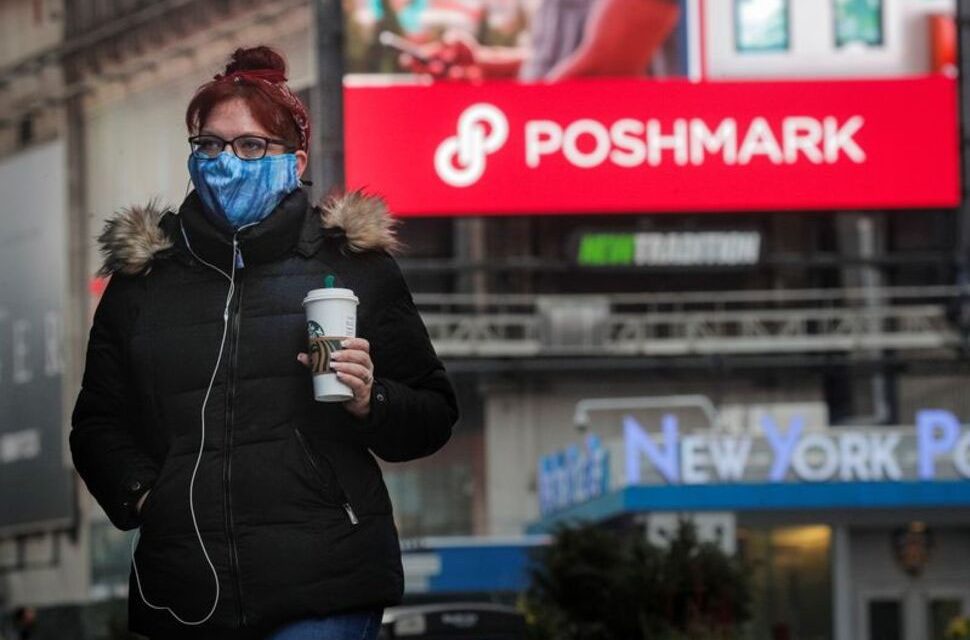 (Reuters) – Newly listed secondhand apparel retailers ThredUp and Poshmark are expected to forecast strong end-of-year sales as a shortage of new clothing at stores pushes shoppers to consider thrifting as an option to fill their holiday shopping bags.

Apparel had the highest online out-of-stock levels among U.S. retail sectors in the run-up to the holiday season, Adobe Analytics said in October.

Those shortages are expected to drive more people to secondhand clothing companies such as Poshmark Inc, ThredUp Inc and ReaReal, which are not as affected by global supply chain issues as they get their stock mainly from the closets of American households.

“Inventory is scarce right now. Consumers are going to shop where they find inventory to make sure they have things in time for the holidays,” said Jessica Ramirez, retail analyst at Jane Hali & Associates.

Secondhand retailers have seen a blistering pace of growth over the last few years as eco-conscious Gen Z and millennial consumers increasingly find it fashionable to buy used products and cut back on their environmental footprint.

The size of the market is only expected to get bigger. More than a third of shoppers say they are likely to buy second-hand apparel this holiday season, with that number rising to 50% for people under the age of 40, according to a survey of U.S. shoppers conducted by Accenture.

* Holiday-quarter sales are expected to rise 22.9% for Poshmark and 53.3% for RealReal, according to IBES data from Refinitiv

* All three stocks have an average “buy” rating on Wall Street

(Reporting by Uday Sampath in Bengaluru; Editing by Anil D’Silva)