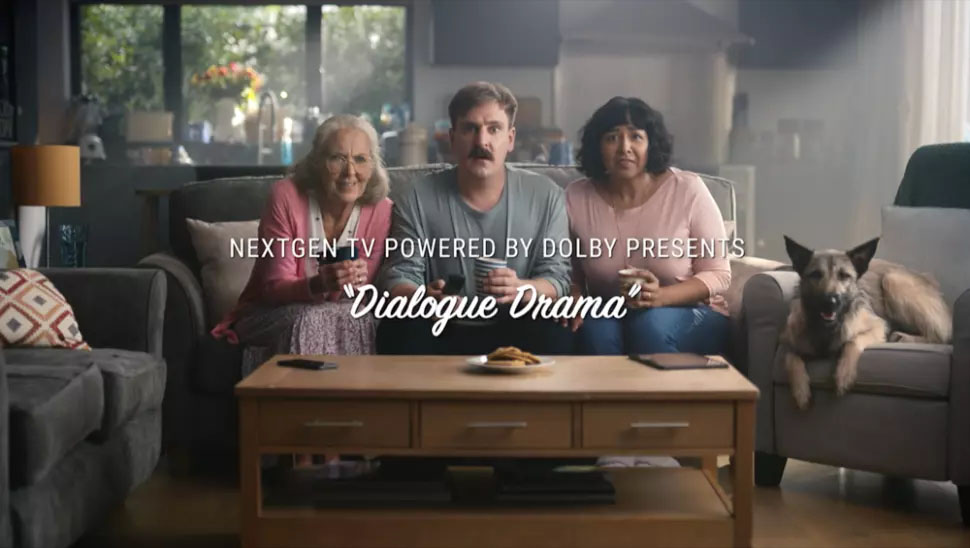 Pearl TV, broadcasters and CE manufacturers will be highlighting Dolby’s advanced audio capabilities and other features of the ATSC 3.0 broadcasts

WASHINGTON D.C.—With NextGen TV signals projected to reach 45% of U.S. homes by the end of 2021, the Pearl TV consortium of broadcast station groups has announced that broadcasters and consumer electronics manufacturers are looking to build on the growth of the new standard by introducing a NextGen TV holiday brand marketing campaign to deepen consumer awareness and engagement.

The campaign will begin in late November and highlight Dolby’s Sound Decisions campaign, which focuses  on the new audio features consumers can only experience with NextGen TV.

“Delivering unprecedented entertainment, information, and engagement opportunities to  consumers, NextGen TV is revolutionizing viewers’ interactions with their screens,” stated Anne Schelle, managing director of Pearl TV. “With NextGen TV today and in the future, their experience is more immersive, visually and audibly better, and will continue to be enhanced as  more features from broadcasters and set manufacturers become available. The traction garnered in marketplace adoption has been remarkable in a relatively short time since the first  commercial launch in early 2020.”

The Pearl TV group, which includes 750 network-affiliated television stations, and its U.S. major network partners, has been playing a central role in the rollout of signals.

These broadcasters  and their stations are now planning to use the busy holiday season as an opportunity to promote and engage with local viewers on the new standard through the NextGen TV holiday brand  marketing campaign, Pearl TV said.

This nine-week, multi-channel, nationwide campaign in NextGen TV markets will help broadcasters and stations to build awareness of NextGen TV with social media and creative ads.

Dolby will be showcasing Voice + and other NextGen TV exclusive features as part of the Sound Decisions marketing campaign during the upcoming  holiday season, which will air on participating broadcast stations.

As part of that effort, viewers will see the “Future of Television” commercials and audio-specific education on Dolby features.

Pearl TV also noted that more than 40 new local TV market deployments—including New York, Chicago, and  Philadelphia—are planned in 2022 alone and that 75% of U.S. households are expected to experience NextGen TV by summer of 2022.

TV Tech has been tracking all the ATSC 3.0 deployments and that coverage is available here.