One Solution to the Labor Shortage: Teenagers 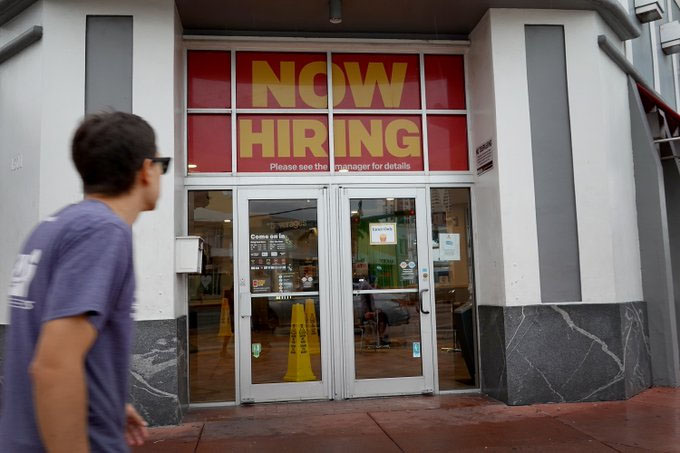 Amid the nationwide labor shortage, businesses are tapping an unlikely pool of talent: teenagers.

“We couldn’t get anyone to apply and when we did start hiring people, everyone wanted higher wages,” he said.

Soliz bumped the pay to $11 to $14 an hour, nearly double the minimum wage in Texas, and offered perks like free food and flexible schedules to entice more students looking for jobs after school.

“For high school kids, this is right up their alley,” Soliz added.

“Not a lot of adults want to jump off the sidelines to take these jobs,” said Alicia Modestino, an economist and professor at Northeastern University in Boston.

“Teenagers are suddenly in high demand.”

Heading into the holiday season, the unemployment rate among teenagers stands at 11.9%, according to the Bureau of Labor Statistics, the lowest rate in October since 1968.

“What we’re seeing now is an echo of what we saw this summer,” Modestino said.

In July, teen employment, which generally rises in the summer and the winter months, spiked as the labor crunch took hold.

Now, teen employment is picking up again, and even earlier than usual.

Between September and October, the hiring of teens jumped 6%, double the rate in 2019, before the pandemic caused labor shortages, according to data from payroll provider Gusto.

Teenagers between the ages of 15 and 19 are also making up a larger share of the workforce, accounting for 13% of all hires in the retail sector as of October, compared to just 6% two years ago, Gusto found.

“Small businesses that might not have thought about hiring these teenagers are now opening their doors,” said Luke Pardue, an economist at Gusto.