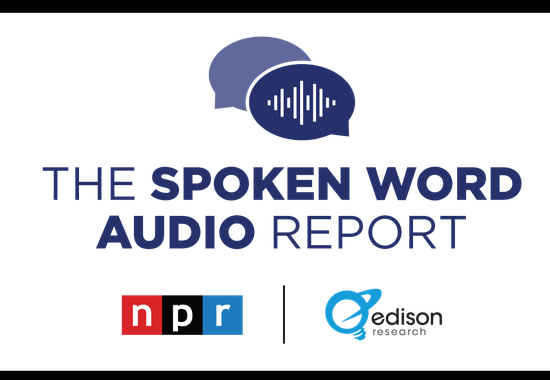 Thanks in part to podcasting’s red-hot growth, spoken-word audio listening is booming, and it is becoming more diverse both in content and audience. Listening is at an all-time high, particularly among women, younger adults and multicultural Americans. To reach them, content producers are expanding into new topics and genres, creating a new generation of spoken-word audio.

That’s according to the 2021 Spoken-word Audio report recently released by Edison Research and NPR, based on a survey with over 4,000 respondents. It determined that in 2021, 45% of Americans aged 13+ listen to spoken-word audio daily, equal to 172 million listeners. Since 2014 — the year Edison first started tracking spoken-word usage — the genre has added 22 million new users.

That growth is certainly striking but dig deeper and what really stands out is the increase in listening among women, younger Americans as well as Black and Latino audiences. This year, adults 18 to 34 reported listening to 116% more spoken-word audio than they did in 2014. Usages grew 83% among Black consumers and 80% among Latino users in the same period. Among women, listening increased 71% over 2014 levels.

“These are curious listeners who are often seeking a new point of view,” noted Lamar Johnson, Vice President of Marketing for National Public Media, the sponsorship arm of NPR. “They can find perspectives they’re not finding elsewhere.”

To reach new audiences, spoken word is branching out to new topics, including true crime, comedy, current events, business and lifestyle programming. According to Edison, since 2019, the popularity of romance, games and hobbies, celebrities, children, true crime and drama have increased, particularly with younger and multicultural audiences.

There are two big reasons why listeners are spending more time with spoken word: greater variety of programming and better access, the report shows. In 2014, among all adults 13+, spoken-word audio accounted for 20% of total time spent with audio. By 2021, it reached 28% of time spent listening. This year, after the pandemic upended Americans’ daily lives and changed media habits, the share increased 8% over 2020 levels.

These spoken-word listeners average two hours and six minutes of daily listening. Of that time, half goes to spoken word and half to music, according to the report.

Podcast listening is powering some of spoken-word’s expansion. Usage is at record levels, with 57% of Americans reporting they’ve listened to a podcast. NPR is a leader in the podcast industry, with its shows accounting for 23% of all time spent listening to podcasts, the study noted.

Podcasting is experiencing the fastest growth among the spoken-word media Edison tracks. AM/FM radio, podcasting, streaming audio, audiobooks and satellite radio are all monitored. In 2021, podcasts accounted for 22% of all spoken-word listening, up from just 8% in 2014. In contrast, AM/FM radio’s share dropped from 79% in 2014 to 48% in 2021, the report said.

Put another way, podcasting’s share of time spent with spoken-word audio is up 178% from 2014, and it grew 16% in just the last year. Edison reported that 27% of spoken-word listeners prefer to get their content via podcasts.

“We knew it was growing every year, but when you look at share of listening in spoken-word, it is jaw-dropping,” Johnson said.

To reach them, publishers are rapidly expanding their spoken-word podcast offerings, NPR included. “We’re working on a number of daily podcasts, from news to arts and culture to business and economics in response to this growing appetite,” Johnson said.

How Spoken-Word Audio Is Used

Younger and multicultural listeners have additional motivations. They’re looking for connection, awareness and self-improvement. Among adult respondents 18 to 34, some of the most important reasons for listening were: “help with life’s problems,” “helps you feel less lonely” and “escape from the news.” Non-white listeners cited “makes you feel less lonely,” “continue your education” and “fresher than live radio” as top reasons.

For all these listeners, spoken-word is bringing fresh ideas, information and connections. Said Johnson: “Spoken-word provides meaningful conversations in a digital world.”