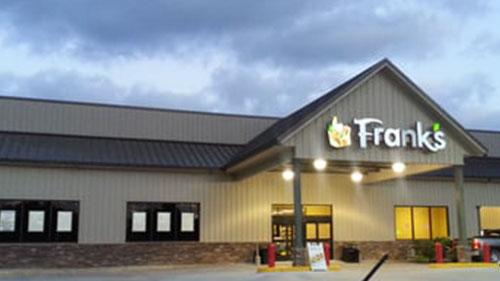 Three of the four Frank’s Supermarkets currently operating will be sold to Rouses Markets, also an independent grocer in Louisiana

David LeBouef, owner and president of the independent grocer Frank’s Supermarkets, is selling three of his four locations to Rouses Markets, another family-owned grocer in Louisiana.

“We are happy to sell to another local family,” LeBoeuf said in a press release on the company’s Facebook page. “Their model of doing business aligns with ours. I am proud of what we have built over the years and have total confidence that Rouses will continue to serve these communities well.”

The stores, located in Larose and Golden Meadow, will transition to Rouses by late January, as will all of the 110 employees. The Frank’s location in Lockport will close on Dec. 15 and employees will be offered other employment at Rouses, according to a local news report.

Meanwhile, the store in Des Allemands will continue to operate as a Frank’s Supermarket and be owned by LeBouef.

“We will take great care of these stores and their customers,” Rouses CEO Donny Rouse said in a press release. “I am excited to welcome Frank’s associates. I know they will appreciate the commitment we make to our team members and the communities we serve.”

Frank’s Supermarkets was founded in 1978 by Frank LeBoeuf and his wife, Faith.

Thibodaux, La.-based Rouses, with 56 stores in three states and more than 6,300 employees, is one of the larger independent grocers in the country. In the past decade, the company has doubled its size through several acquisitions, including some A&P locations, as well as a couple of other independent grocery chains, Belle Foods and LeBlanc’s Food Stores.