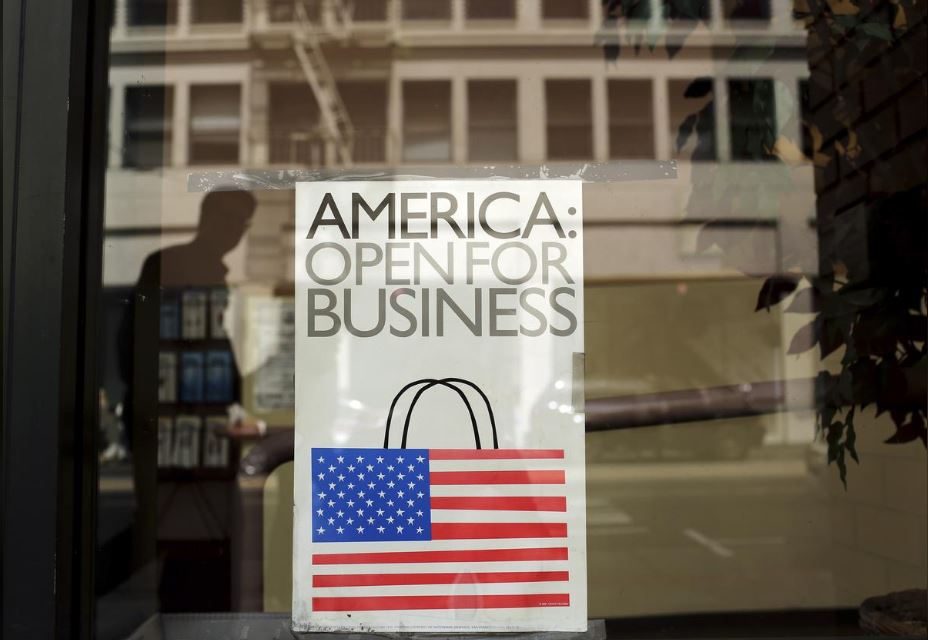 FILE PHOTO: A sign is shown in the window of a retail store in San Francisco, California May 13, 2013. REUTERS/Robert Galbraith
Lucia Mutikani
Source: www.reuters.com, July 2019


WASHINGTON (Reuters) – U.S. retail sales increased more than expected in June, pointing to strong consumer spending, which could help to blunt some of the drag on the economy from weak business investment.

The report from the Commerce Department on Tuesday did not change market expectations that the Federal Reserve will cut interest rates this month for the first time in a decade.

But coming on the heels of solid employment growth in June and a pickup in underlying inflation, the signs of strong consumer spending further reduced the possibility of the U.S. central bank cutting rates by 50 basis points at its July 30-31 policy meeting as markets had initially anticipated.

Fed Chairman Jerome Powell last week told lawmakers the central bank would “act as appropriate” to protect the economy against risks stoked by a trade war between the United States and China, as well as slowing global growth.

“It certainly will counteract weak business spending to some degree,” said Robert Frick, corporate economist at Navy Federal Credit Union in Vienna, Virginia. “Given that the Fed is most worried about foreign economies and the threat of an escalating trade war, it is unlikely to dissuade them from cutting rates soon.”

Retail sales increased 0.4% last month as households stepped up purchases of motor vehicles and a variety of other goods, including furniture and building materials. Data for May was revised slightly down to show retail sales gaining 0.4%, instead of rising 0.5% as previously reported.

Excluding automobiles, gasoline, building materials and food services, retail sales jumped 0.7% last month after an upwardly revised 0.6% increase in May. These so-called core retail sales, which correspond most closely with the consumer spending component of gross domestic product, were previously reported to have increased 0.4% in May.

June’s strong gain in core retail sales followed solid increases in April and May, suggesting consumer spending accelerated in the second quarter after rising at its slowest pace in a year in the January-March period.

Consumer spending is being supported by a tight labor market, even as the broader economy is slowing as weaker business investment, an inventory overhang, a trade war between the United States and China, and softening global growth pressure manufacturing.

The Fed reported on Tuesday that manufacturing output rose 0.4% in June, boosted by increased production of motor vehicles and parts, after gaining 0.2% in May. Still, factory production dropped at an annual rate of 2.2% in the second quarter, the biggest decrease in three years, after contracting at a 1.9% pace in the January-March period.

With consumer spending and job growth regaining momentum, some economists argued that the Fed should not cut rates at the end of this month.

“While growth may be moderating it is not faltering,” said Joel Naroff, chief economist at Naroff Economic Advisors in Holland, Pennsylvania. “That is a big difference that should not be difficult to comprehend, but I guess the Fed chair and his band of economic gurus don’t seem to get the point.”

Following the retail sales and industrial production data, the Atlanta Fed lifted its GDP growth estimate for the second quarter by two-tenths of a percentage point to a 1.6% annualized rate. The economy grew at a 3.1% pace in the January-March quarter.

The government will publish its snapshot of second-quarter GDP next Friday. The economy is losing speed in part as last year’s stimulus from massive tax cuts and more government spending fades.

Online and mail-order retail sales climbed 1.7%, matching May’s increase. There were also increases in sales at furniture stores and at restaurants and bars. Spending at hobby, musical instrument and book stores was unchanged. Sales at electronics and appliances stores fell 0.3%.

While core inflation perked up in June, gains are likely to remain moderate. A separate report on Tuesday from the Labor Department showed import prices dropped 0.9% last month, the biggest decrease in six months, after being unchanged in May.

Import prices, which exclude tariffs, were held down by a 6.2% drop in the cost of petroleum products. There were also decreases in the prices of imported food and capital goods.

The cost of goods imported from China fell 1.5% in the 12 months through June, the largest decrease since February 2017. 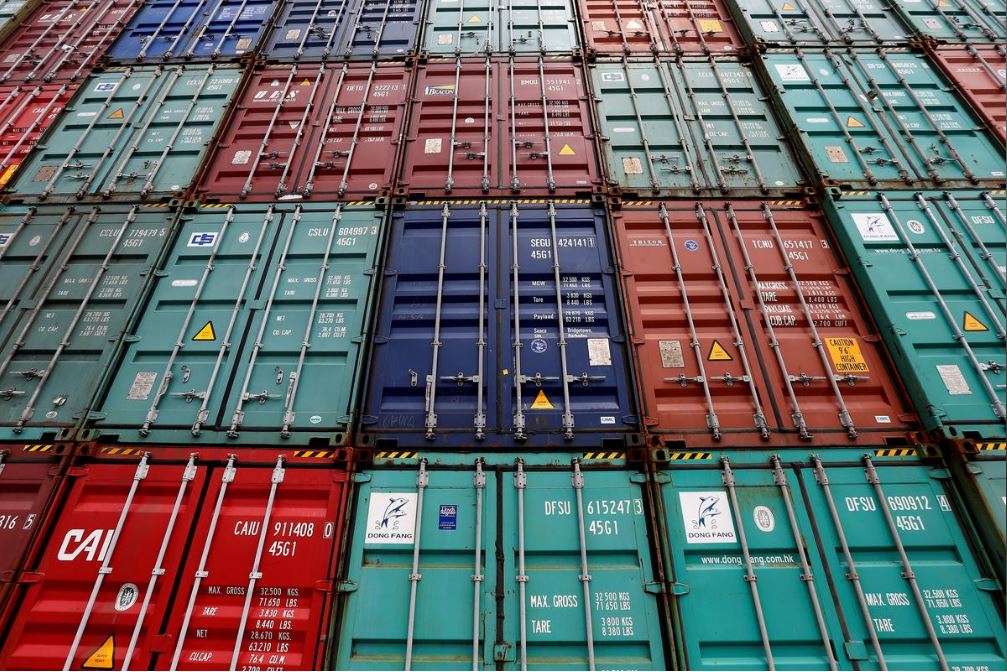 FILE PHOTO: A stack of shipping containers are pictured in the Port of Miami in Miami, Florida, U.S., May 19, 2016. REUTERS/Carlo Allegri/File Photo

But with dollar depreciating against the currencies of the United States’ main trade partners recently, some economists did not expect import deflation to continue.

“The dollar has depreciated in recent weeks, and this could put some upward pressure on imported inflation over time,” said Daniel Silver, an economist at JPMorgan in New York.