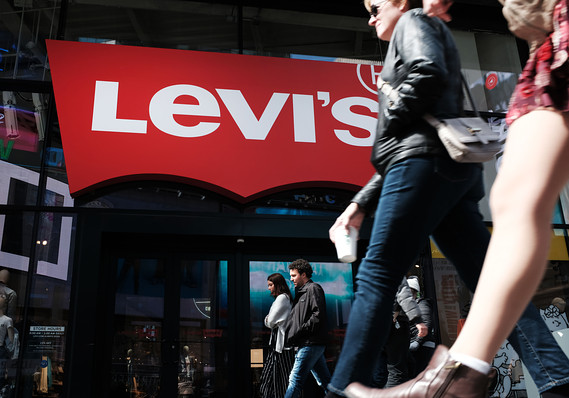 The Fed’s preferred PCE inflation gauge up just 1.4% in past year

The numbers: Americans boosted spending in July on recreational goods and vehicles as well as energy to run their air conditioners, but inflation remained low enough to give the Federal Reserve room to cut interest rates next month.

Incomes rose just 0.1%, however, marking the smallest gain in nearly a year. Americans had to dip into their savings to cover their expenses.

Inflation as measured by the Fed’s preferred PCE price index rose 0.2% in July, nudging the yearly rate up to 1.4% from 1.3%.

But that’s still well below the central bank’s 2% goal — a target that’s mostly eluded the Fed during an economic expansion that begin in the middle of 2009.

What happened: Americans spent more in July on new cars and trucks, especially recreational vehicles. They also ate out more and incurred bigger bills for gas and electricity during an especially hot month.

To pay for their purchases Americans cut back on what they saved. The savings rate fell to 7.7% from 8% — the lowest level since last November.

The increase in inflation last month was concentrated in services, perhaps an indication that companies are paying more for labor. The cost of most goods declined.

Another closely watched measure of inflation known as the core rate, which excludes food and energy, also rose 0.2% last month. Yet the increase over the past year was unchanged at 1.6%

Big picture: The U.S. economy is still growing at a steady 2% or so a year, powered by the strongest labor market in decades. Americans are still confident enough in the economy to keep spending at levels sufficient to keep the U.S. out of recession.

Businesses are not so confident. The festering trade war with China has especially harmed U.S. exporters and manufacturers and caused business investment to drop off.

The Fed is worried enough that it’s likely to cut interest rates again in September as an insurance policy of sorts against damage from the trade war. It’s an unusual for the Fed to be cutting rates when the economy itself it still growing at a relatively healthy pace.

What they are saying? “Despite tariffs, inflation remains on mute,” said senior economist Sal Guatieri of BMO Capital Markets. “The low yearly rate [of inflation], along with the recent escalation in trade protectionism, can only spur the Fed to pull the easing trigger again” and stoke further consumer spending.

Market reaction: The Dow Jones Industrial Average DJIA, +0.10% and the S&P 500 index SPX, +0.15% rose in Friday trades. Stocks had surged on Thursday after China said it would hold off a response to the latest increase in U.S. tariffs.