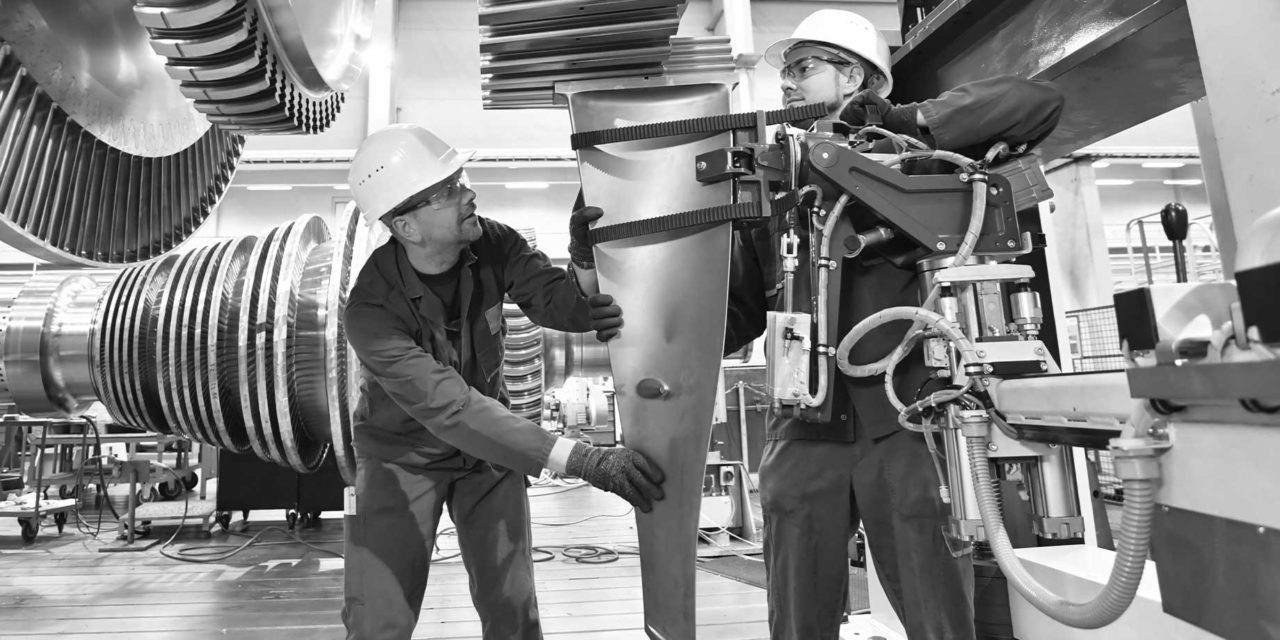 WASHINGTON, D.C. — Gallup’s August update finds its Economic Confidence Index at +24, down slightly from +29 in July. The current measure is largely in line with other 2019 measurements, apart from a higher +32 reading in February and a lower +16 score in January. 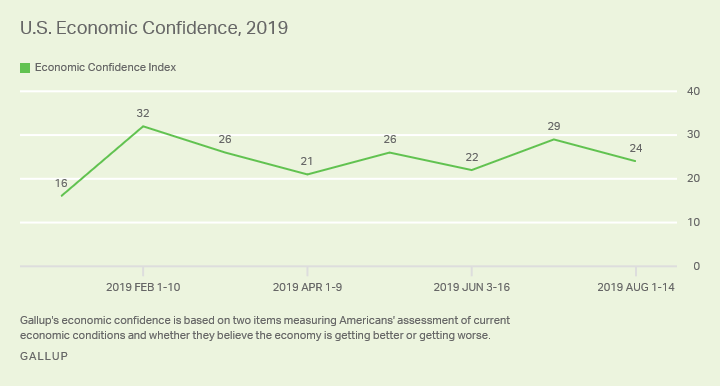 The August 1-14 survey was conducted at a time of volatility in the stock market and increasing talk of a possible U.S. recession.

The index is lower because Americans are less positive about the economy’s direction than they were a month ago. Currently, 50% of Americans say the economy is getting better and 43% say it is getting worse, a margin of seven percentage points. In July, the margin was 17 points, 54% to 37%.

Meanwhile, Americans’ assessments of current U.S. economic conditions are unchanged — 54% describe these as excellent or good in August, compared with 53% in July.

The Economic Confidence Index is based on answers to questions about current economic conditions and the momentum of the economy. It has a theoretical range of -100 to +100, with positive scores indicating an overall positive evaluation of the economy. The index has been in positive territory since 2017, peaking at +33 last October. The all-time high reading was +56 in January 2000. Gallup first measured economic confidence in 1992.

Americans’ continued positive evaluations of the economy have been accompanied by infrequent mentions of economic matters as the most important problem facing the country. In fact, the 11% who currently name an economic issue in their response to the open-ended question is by one percentage point the lowest Gallup has measured since it first started computing the statistic in 1992. The previous low readings were registered in February and in September 2018. 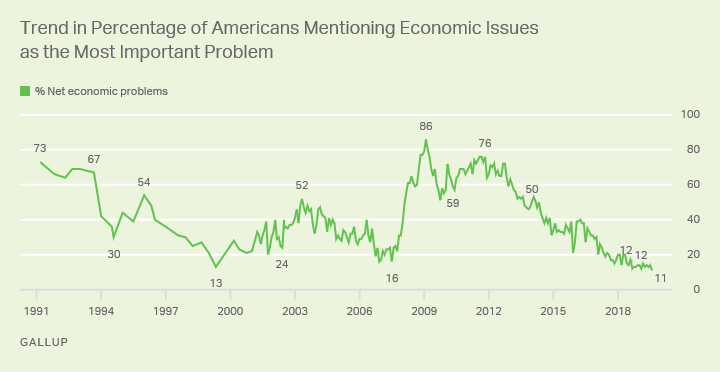 The economy in general and the federal budget deficit are the two most commonly cited specific economic concerns each mentioned by just 3% of Americans as the most important problem.

The issues Americans are most likely to view as the top problems facing the U.S. are the government (22%) and immigration (18%). Mentions of immigration declined in August after reaching a record high in July, as other issues commanded more media attention.

Chief among these were the mass shootings on August 3 in El Paso, Texas and August 4 in Dayton, Ohio. Consequently, 8% of Americans now name guns and gun control as the most important problem facing the U.S., up from 1% last month. Another 4% mention crime and violence, also up from 1% in July.

Gallup has measured higher mentions of guns on only two other occasions — 10% in the spring of 1999 after the Columbine High School shooting and 13% in March 2018 after the Parkland school shooting.

Race relations (8%) and healthcare (6%) are two other issues identified this month as the most important problem.

Americans remain positive about the U.S. economy, but slightly less so than in July. Continued stock market volatility and predictions about an economic slowdown or recession could serve to erode that confidence and make more Americans come to view economic matters as the country’s top problem.

The economy has President Donald Trump’s attention, as he recently postponed the implementation of Chinese tariffs and has called on the Federal Reserve to slash interest rates. Trump, whose re-election prospects would be greatly hampered by an economic downturn, has also made an effort to remind Americans of the economy’s strong points, such as the low unemployment rate, while also crediting his economic policies (such as the 2018 income tax cuts) for the economy’s vitality.

Learn more about how the Gallup Poll Social Series works.