Volkswagen Wants Robots to Find Your EV and Charge it Autonomously 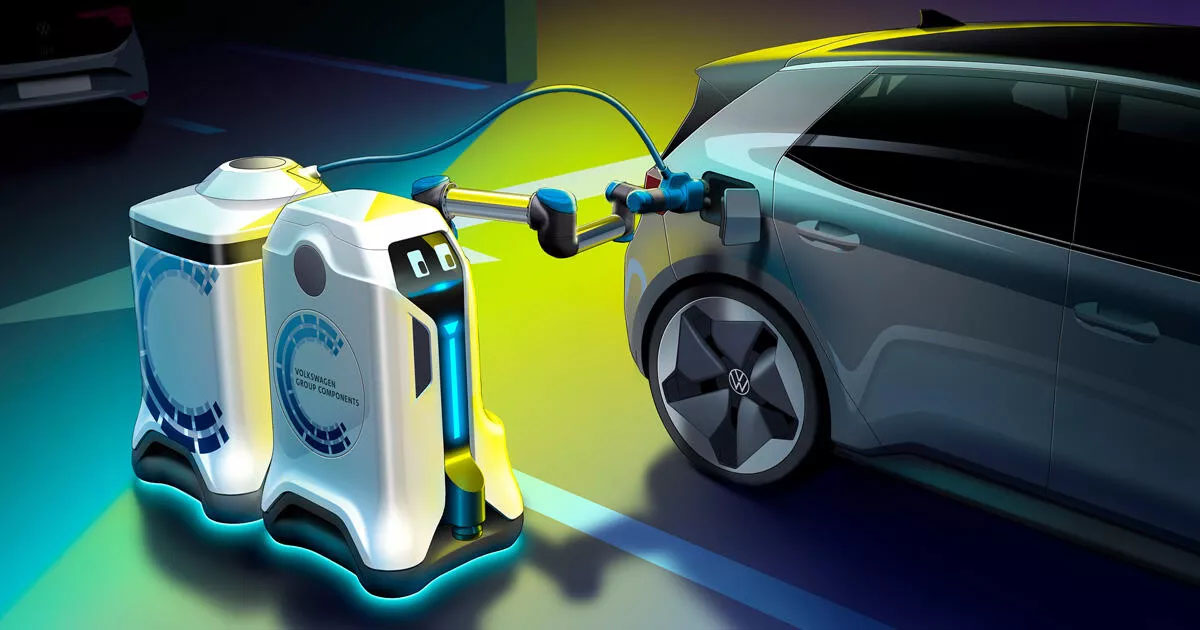 Volkswagen last week revealed its concept for a totally autonomous EV charging robot. Essentially, this little dude wanders around parking garages, parking lots and the like and brings a mobile charging pack, called the “battery wagon,” to electric cars as needed. But, the robot doesn’t hang around. VW said the machine leaves the charging device with the EV and the robot heads out to find other cars that need juicing.

The totally autonomous machine features cameras, sensors and lasers to meander its way around parking lots. With its capabilities, VW said it can carry multiple battery wagons at once. Each of them houses 25 kWh worth of energy each. DC fast charging allows the cars to receive up to 50 kW.

Depending on the size of the garage or lot, an operator could deploy a handful of these robots to motor around and charge cars as needed. It’s a pretty wonderful solution to charging infrastructure needs — especially in large cities. Robots and their battery wagons would forego the need to build physical (and stationary) charging stations.

The robots aren’t exactly ready for prime time yet. VW called this a “visionary” prototype, but it hopes to turn them into a reality rather quickly. Just be nice to them when they do come around because we don’t need these little guys going rogue.