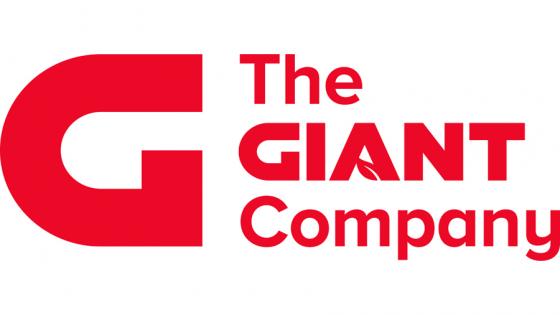 Giant Food Stores has a new company name – The Giant Company — and new logos to match. The new moniker was revealed during the grocer’s annual business meeting Feb. 26 in Hershey, Pa.

According to Giant, the name change highlights the important role the company, its stores and associates have played in the lives of families since the company’s founding in 1923.

“For nearly a century, we’ve been a trusted part of the communities we serve, helping families come together to share a meal and create special memories,” noted Nicholas Bertram, president of The Giant Company. “For us, food and families go hand in hand, and as we look to our future, we wanted to make sure our name reflects all we aspire to be as an omnichannel retailer. We are proud of the role our brand has played in connecting millions of families, and as The Giant Company, we will continue to passionately serve our customers and communities for a better future.”

The logo for each banner in the family of brands – Giant, Martin’s, Giant Heirloom Market, Giant Direct and Martin’s Direct – has been modernized, with the most notable characteristic of the new design the leaf that’s part of the “A” in each banner name, signifying the company’s commitment to growth and freshness.

Further, Giant will employ an up-to-date color and design scheme, emphasizing the brand’s modern, fun and caring culture, along with its commitment to grow with its customers and associates.

The new Giant logo is already in place on the exterior of The Giant Center, a 10,500-seat multipurpose arena in Hershey, and at the company’s headquarters in Carlisle, Pa. During the year, the company will integrate the new name and logos into its operations.

“Even though our name and logo are changing, our commitment to the families we serve isn’t; in fact, it’s only getting stronger,” continued Bertram “As a purpose-driven organization, we are laser-focused on our goal of making a difference in the lives of those we serve, inside our stores, online and deep within our communities. Starting with the heart and soul of our company – our more than 33,000 team members –The Giant Company will live its purpose, providing a simplified experience and inspiring fresh ideas, while creating healthier communities for today, tomorrow and beyond.”