May 6, 2020 | Industry Press Highlights, Media, Retail, Advertising and the Economy | 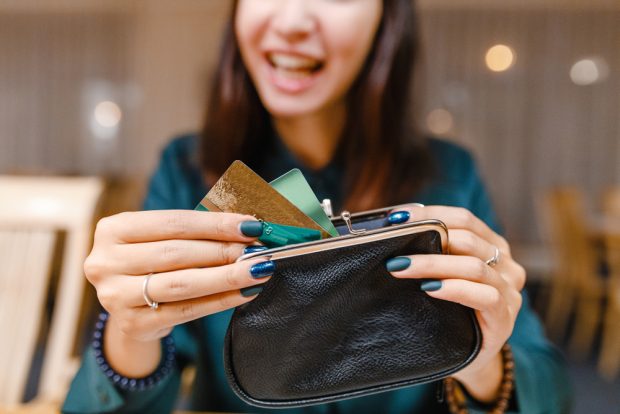 A new study shows Gen Z has a strong appetite for traditional credit products such as credit cards and auto loans.

Generation Z wants credit. Despite many Gen Zers surviving severe economic recessions, they engage with lenders, although the credit frequency and type they are chasing diverges when comparing established and emerging markets.

A study by TransUnion, the Chicago-based financial information firm, examined the credit activity of Gen Z (people born from 1996-2010) in established consumer credit markets including the United States and Canada, as well as emerging credit markets such as India and South Africa. The study also compared the credit activity and performance of millennials (consumers born between 1980 and 1994) and Gen Zers.

“Lending dynamics are complex, as are the demands and needs of consumers across the globe,” Jason Laky, EVP and head of financial services at TransUnion, said. “While Gen Z are much more credit active in markets such as the U.S. and Canada, we believe the demand is still there for similarly aged consumers in emerging markets. The difference oftentimes is that credit is simply not as readily available in emerging markets, but as consumers build their data identities, it’s clear that many of them will have the opportunity to secure the credit they need and deserve.”

According to the study, Gen Z has a strong appetite for traditional credit products such as credit cards and auto loans despite many growing up in difficult economic conditions. In markets such as the U.S. and Canada, Gen Z observed family members suffer through stretches of unemployment and challenging economic conditions, especially in the 2008-2011 timeframe.

However, many of the established countries featured in the study saw their individual economies thrive in recent years. In the U.S., a stable economy, low unemployment and a favorable regulatory environment have been conducive for Gen Z as they seek and gain access to credit. Other factors such as technological advancements have also come into play.

Laky said, “Our belief is that the desire for credit among this generation is significant across the board, and improving economic conditions will likely serve as a springboard for more credit, especially in emerging credit markets.”

TransUnion observed U.S. millennials between the ages of 18 and 24 in 2012, and Gen Z consumers who were 18 to 24 years old as of 2019, adjusted for risk and age differences, to have a true “apples to apples” view. Across traditional credit products, preferences for these two groups were generally alike; though, a recipe of lender source and consumer requests produced some variances among generations. The lower rate of unemployment during Gen Z’s young adulthood resulted in more Gen Z adults joining the workforce rather than enrolling in school. As a result, more millennials (44%) had a student loan than Gen Z (37%).

“The oldest set of Gen Z consumers came of age during an elongated economic expansion and relaxed underwriting environment, which allowed for a comparatively easier entrance into the credit market than their millennial counterparts,” Matt Komos, vice president of U.S. research and consulting for TransUnion, said. “Gen Z has been able to access credit cards and auto loans with greater ease.”

Notwithstanding ideas that credit cards are not as prevalent with the youngest generation, they remain an important entry point and one of the most largely held credit products in most markets studied. At the same time, Gen Z consumers have riskier credit profiles than broader populations in their respective markets. Lenders therefore typically issue smaller credit card limits to Gen Z consumers.

“In emerging markets, lenders may be more conservative with extending traditional credit products to Gen Z, as those consumers may not yet have the credit histories and track records those lenders use to assess and manage risk,” Charlie Wise, vice president of international research and consulting at TransUnion, said.