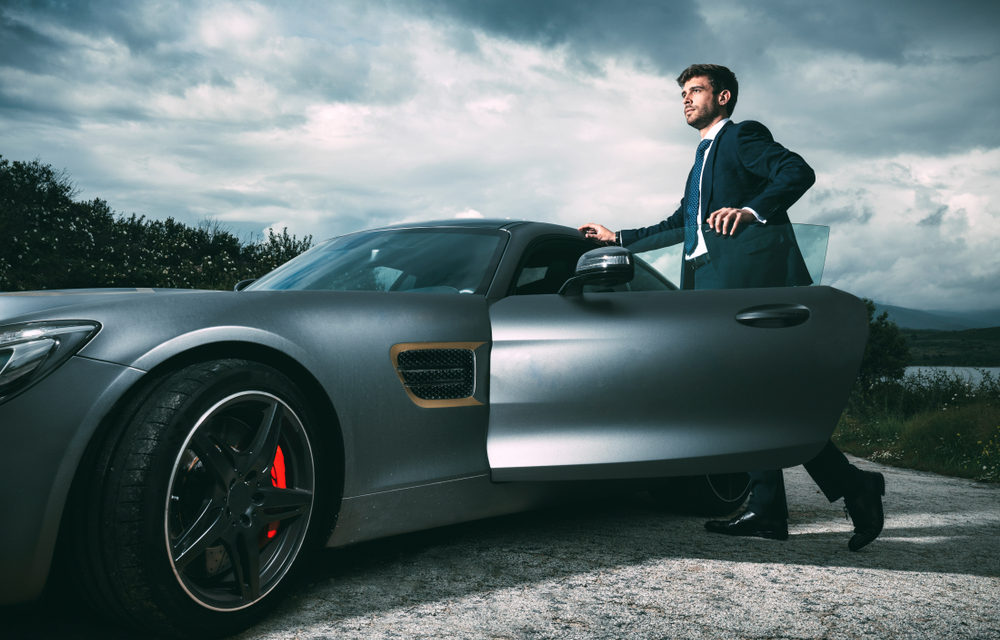 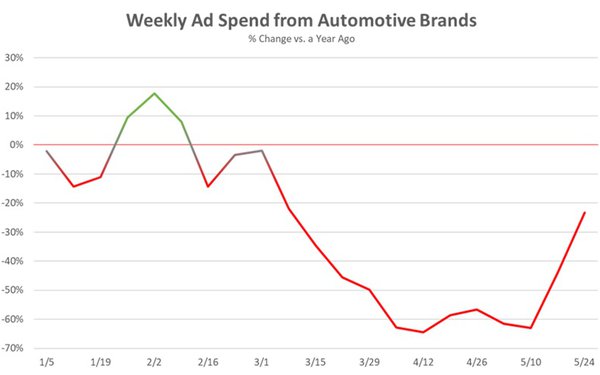 Advertising from the auto industry is accelerating quickly amid the end of stay-home orders in many states and subsequent dealership reopenings.

The spend during the week of May 24 was nearly double where it was just three weeks earlier, according to MediaRadar.

This is not the result of one or two manufacturers. Most major brands, including Toyota, General Motors, Nissan and Subaru, have increased their advertising.

Although a much smaller subcategory of automotive, ad spending for RVs is up nearly three times year-to-date, with many consumers opting for road trips this summer due to the pandemic instead of plane trips. Related, one sector that has not come back so far is car rentals. Ad spending from this category almost completely evaporated beginning the week of March 22 and remains at almost nonexistent levels.

A rebound in automotive markets abroad may be encouraging foreign automotive brands to begin advertising more heavily in the United States in hopes of a similar recovery. In fact, looking at only import automotive brands such as Toyota, Hyundai, Subaru and BMW, there has already been a full recovery in ad spend.

Spending year-to-date among import brands is up 10%, with much of the gain coming in the most recent weeks, according to MediaRadar.

Other sectors of the automotive industry are also seeing revivals. Ads for businesses related to auto sales and maintenance (such as auto dealers and auto parts retailers) are also trending upward.

Ad spend for those businesses during the week of 5/24 was up 6% year-over-year, the first week with a positive year-over-year change in more than two months. Elsewhere, ads for auto services (such as mechanics and painters) also recovered in May, per MediaRadar.