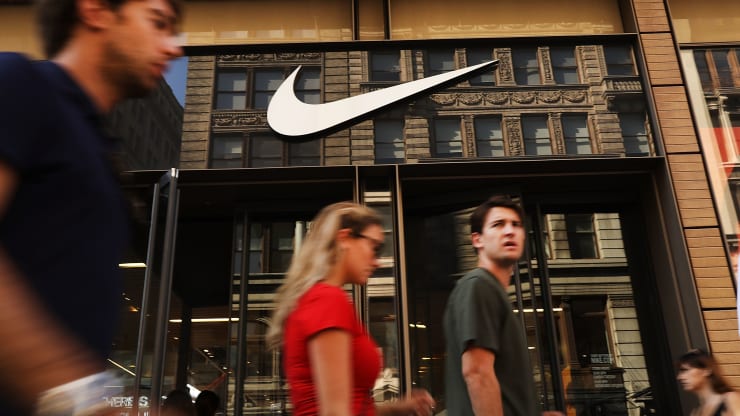 Teen spending hit its lowest levels in two decades, according to a new survey, as teens spent less money on food, concerts and events during the coronavirus pandemic, and worry about the economy getting worse.

Teens reported spending about $2,150 this year, according to Piper Sandler’s 40th biannual “Taking Stock with Teens” report. That’s a drop of about 9% year over year. Reported annual spending by teens peaked at about $3,023 in the spring of 2006.

Piper Sandler surveyed 9,800 consumers with an average age just under 16 from 48 states, with an average household income of $67,500. The survey, released Tuesday, was conducted between Aug. 19 and Sept. 22.

Apparel spending came in at about $507 per teen per year, down 11% from last fall. Females, on average, are spending about $160 more on clothes than males, the survey said.

Teens reported spending just $87 on handbags, an all-time low, Piper Sandler said. LVMH’s Louis Vuitton beat Michael Kors this time for the No. 1 spot. Spending on purses and clutch bags peaked in the spring of 2006, when teens said they spent $197 annually on the category, according to the survey. But its popularity has been fading since.

When it comes to apparel, Nike kept its top spot — a position it has now held in Piper Sandler’s survey for a decade. American Eagle was second, followed by Adidas — with both brands holding their previous positions on the list. The athletic apparel maker Lululemon, though, moved up to No. 6 from No. 7 a year ago, with its comfortable leggings and sports bras gaining in popularity. Fast-fashion chain H&M moved up, while Forever 21 dropped on the list. L Brands’ Victoria’s Secret, known for its racy lingerie, fell to No. 22 from No. 13 a year ago.

Within the apparel category, shopping for second-hand items is gaining some momentum among teens, stealing market share from traditional players, especially off-price retailers like TJ Maxx and department stores. Forty-six percent of teens have purchased items second-hand, from platforms like Poshmark and The RealReal, while 58% have sold items on a second-hand marketplace, Piper Sandler found. Thrift/consignment stores ranked No. 13 as teens’ favorite brand or retailer during the fall, compared with a rank of No. 44 a year ago.

Footwear spending came in at $275 per teen per year, down 6% from a year earlier, Piper Sandler said. Males reported spending about $50 more, on average, on shoes than females.

The e-commerce behemoth Amazon also remained teens’ favorite website, with 54% of teens saying Amazon is their No. 1 online shopping destination, up from 52% a year earlier. And 90% of teens said they’ve been shopping online during the fall.

Meantime, only 33% of teens reported shopping at department stores and specialty retail stores, down from 36% a year earlier. A handful of department store chains including J.C. Penney, Stage Stores and Neiman Marcus filed for bankruptcy protection during the pandemic. Lord & Taylor, the oldest department store operator in the country, is in the process of liquidating.

And with a global health crisis that has caused a recession hanging over their heads, potentially putting their parents or themselves out of work, 48% of teens said they believe the economy is getting worse, compared with 32% a year ago.