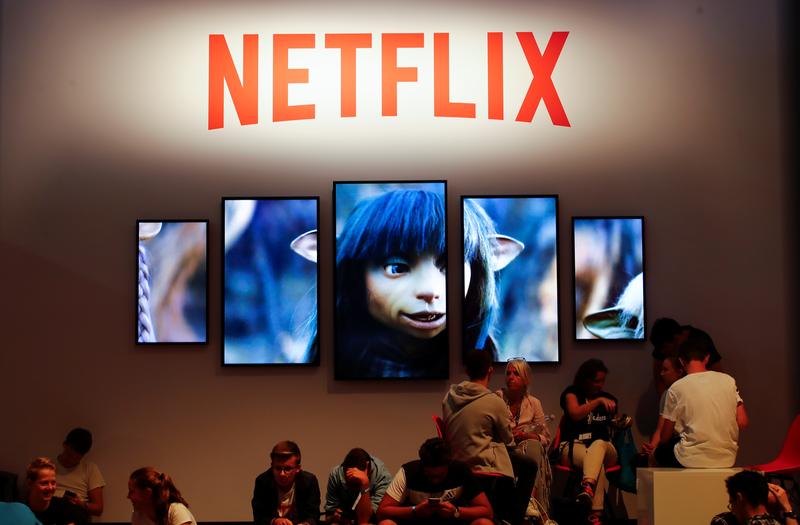 Gamers and visitors take a rest at the booth of Netflix during Europe’s leading digital games fair Gamescom, which showcases the latest trends of the computer gaming scene in Cologne, Germany, August 21, 2019.
By Karen Kwok
Source: in.reuters.com, December 2020

LONDON (Reuters Breakingviews) – Nothing makes a blockbuster like superheroes improbably matching up on-screen to take on teams of baddies. The same dynamic could apply to the real-life movie business. If Iron Man and Thor can lock arms, why not a cinema chain with a streaming giant like Netflix, Walt Disney or Amazon.com? Bundling subscriptions with theatre access might serve as a key differentiator.

Cinemas have been reeling from forced closures during the pandemic, delays of big movies, and the threat of online entertainment providers. Shares of AMC Entertainment, Cineworld and Cinemark, the three biggest chains, tanked in 2020. AMC’s woes meant it had to agree to let movies go from theatres to online much sooner.

The streaming giants are engaged in trench warfare as Disney, Apple and AT&T aim for a slice of Netflix’s dominant market share. Consequently, Reed Hastings’ company is expected to see revenue growth slow to 18% in the next fiscal year, down from 24%, analysts polled by Refinitiv estimate. In the latest example of rising competition, AT&T’s Warner Bros will release its 2021 slate simultaneously in both theatres and on HBO Max, its subscription service.

Taking over a cinema chain could aid marketing efforts by offering an extra avenue beyond the couch for the increasingly original content Netflix and others are championing. Upselling subscribers to premium prices with theatre access can also be a lever to dislodge shared plan accounts. Amazon can even use theatres to reinforce other e-commerce services like lockers for pickups, and to test innovations like virtual reality.

It would come at a steal. Cinemas are worth half of what they were at the start of 2020: AMC and Cineworld together own over 1,770 theatres, and in mid-December were valued at $450 million and $1.2 billion, respectively, while the top U.S. chain, Cinemark, with 533 locations, was worth $1.9 billion. They’re rounding errors next to $1.6 trillion Amazon or $2.2 trillion Apple.

Hollywood arguably will need physical theatres more than ever as it prepares a post-pandemic rollout of its stockpiled big-ticket films. More than half of Americans surveyed by EY said they were more likely to stream movies that had been released in cinemas. That’s a validation of box office power that should whet the M&A whistles of the streaming giants.

This is a Breakingviews prediction for 2021. To see more of our predictions, click here.