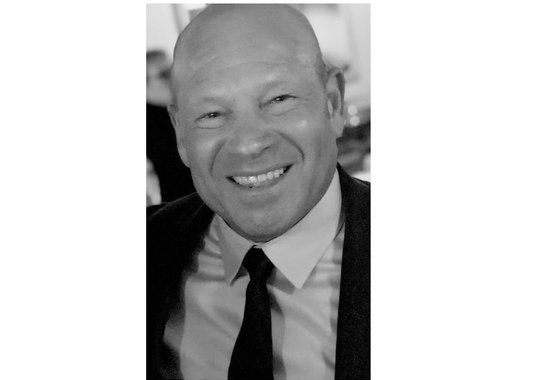 To grow the audience for games and in between, Steve Rosenberg (pictured at top,) Sinclair’s president of local sports, wants to take a play from broadcast and entertainment cable networks: Use wildly popular tent pole programming to promote new content and drive viewership. For RSNs, those hits are live games. “Games create a huge tent, they are truly hitting it in their local markets,” explained Rosenberg. “You have to do everything you can to promote inside of it and bring more people in at other times and build more hits.”

One opportunity to develop engaging, fresh content is with casino operator Bally’s Corporation, who Sinclair announced a 10-year partnership with in November. While the partnership is an enterprise-wide one including Sinclair’s local TV stations, Tennis Channel, Stadium and STIRR, Sinclair’s RSNs are going to be rebranded under the Bally’s name, and the two companies will collaborate on content that leverages Bally’s experience in gaming and sports betting. “Sinclair could integrate gamification into live games and create complimentary shows. That will further engage fans and draw new viewers,” Rosenberg declared.

Sinclair is also developing a new sports app, which will feature gaming elements, and hired an editorial team to create sports news content. Eventually, it should create a new viewing experience, with fans watching their local RSN and using the app simultaneously.

“We can create a true lean-forward experience with an opportunity to play the game while you’re watching the game,” he said. “Maybe it’s not for money, but for points or in a community where you’re playing against other people. It is an untapped, fruitful place for us to play in,” he added.

This marks a major milestone for Sinclair, setting the stage for further gamification of live sports that will provide audiences a first-of-its-kind interactive viewing experience.

When Rosenberg was hired earlier this year it was a precarious time, with sports just coming back online. When the NBA, NHL and MLB resumed playing, production was challenging, with Sinclair taking extra precautions to keep the crews healthy and safe. Also, without fans in the stands, Rosenberg said the RSNs had to get creative to generate energy and fill downtime between innings and periods. “We learned a lot about how to personalize the game more. We did more checking in on the players,” he said.

A veteran of the entertainment side of the TV business, Rosenberg spent more than 20 years with Universal Studios, overseeing the studio’s TV sales, distribution, promotion and marketing. He rose to be co-President of Universal Television and Worldwide Distribution, which has created more than 5,000 feature films and over 40,000 hours of series television.

Initially, Rosenberg joined Sinclair to consult on its proposed acquisition of the former Tribune Media Group‘s TV stations. That deal fell apart (Nexstar Media Group eventually bought the group), but Rosenberg stayed involved. When the opportunity to run the sports group opened up, he jumped. In the position, he oversees the 21 RSNs, digital assets, online sports channel Stadium, and high school sports divisions in local markets.

The stakes are high for everyone involved. Sinclair purchased the networks for $10.6 billion in August 2019. As part of Walt Disney Co.‘s acquisition of FOX, it had to divest itself from the sports networks and Sinclair jumped at the opportunity to add the sports channel to its portfolio, which also includes 190 local TV stations in 88 markets and the Tennis Channel.

While this is his first job in sports, Rosenberg is an avid sports fan and long-time RSN viewer. As a New York Yankees fans, he understands the power of regional sports networks; Rosenberg watches every game he can on the YES Network, which Sinclair now owns a 20 percent stake in. “I love the way RSNs connect the local fan to their local team,” Rosenberg said. No matter a team’s record, he said fans continue to tune in, providing large, reliable audiences.

Still, Rosenberg wants to do more. He is planning ways to keep the core fans engaged and attract new viewers. The RSNs are 24-7 cable channels, and, between live broadcasts and pre- and post-game analysis, there are many hours left to program. The channels need to develop shows to keep viewers tuning in during those blocks. “Every team, whether they have a winning season or losing season, still has a narrative,” Rosenberg said.

So, Rosenberg is drawing on his TV entertainment experience. He wants to add complimentary shoulder programming around games. Like a good TV drama, that means telling stories about the players, teams, and fans’ connections. “The RSNs can produce content that showcases those stories, such as triumphant winners, unexpected losers, unsung heroes, and on-field and off-field drama,” he said. One idea is a morning block of behind-the-scenes and insider shows.

The RSNs can also draw deep relationships with the NBA, NHL and MLB teams they broadcast, which are vested in their success. Rosenberg would like to partner with teams on new shows, including access to players, coaches, practice facilities and off-field activities. “We can work with our team partners to energize more viewers and bring them to our platform,” he said.

These efforts will expand the sports channels’ standing in the sports TV marketplace and move these RSNs forward to better connect with their audience. It will also help unite 21 channels that cover 42 different teams.

Rosenberg concludes, “We can bring the strength of national branding and a unified platform and create more value for every one of these networks, and as a result, the team partners we represent.”