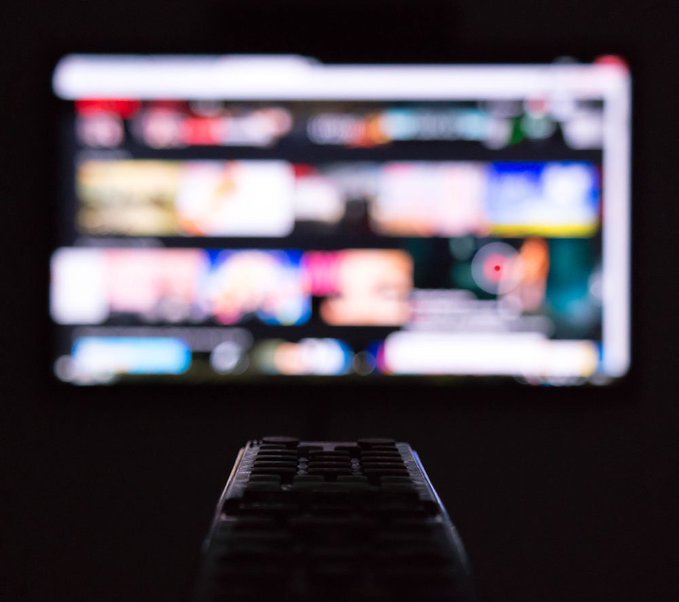 TVs purchased in the past two years were much more likely to be used for streaming video. (Pinho/Unsplash)
by John Buffone
Source: www.fiercevideo.com, June 2021

TV viewership reached new highs for obvious reasons in 2020, but over the past several weeks as pandemic restrictions have loosened in the U.S., a growing number of viewers reported, “I’m not watching as much as before.” This change suggests that peak viewership was reached last year, and we are now on a slow decline. But, in many ways, last year shouldn’t count as it was a pandemic-driven state of mind for us all, creating a false environment for counting any of the usual viewership stats.

During the past year many viewers watched more TV as experiential spending halted and their attention funneled into home-based activities. But as the U.S. moves through the reopening phase, it’s become clear that the transition will again impact viewership trends. Midway through 2021 we’re left somewhere in the middle of 2019 and 2020 viewership levels. These near-term trends will have a meaningful impact on the coming years as the hyper-growth streaming era is beginning to turn into a competition for share of a viewer’s time.

It’s not just TV viewership levels that are currently caught somewhere in between 2019 and 2020 volume; entertainment hardware sales are, too. While in 2020 consumers were buying more TVs than ever before, their streaming time was growing in lockstep. Indeed, TVs purchased in the past two years were much more likely to be used for streaming video. But the declines in both TV buying and streaming video, while expected, have now set in.

However, the situation is far from dire: certainly, we can expect to see some viewership decreases, but NPD’s April 2021 TV Switching Study shows more viewers are considering adding TV services (9%) than those who are likely to cancel (5%), suggesting there is still an appetite to stream more… at least for now. That said, numerous warning signs are beginning to surface, such as a drop in future interest compared to the peak reported in October 2020 and a reduction in the number of SVOD services viewers use. The average subscriber rationalized their mix of services, down from 5.2 in October 2020 to 4.3 as of April 2021. Of note, this remains above the rate measured in April 2020. Again – 2021 engagement lies somewhere in the middle.

2022 and beyond will be a battle for viewers’ attention

The big challenge for TV industry participants is, as always, to make sure they are on the winning side, which in this case means not being abandoned by the viewers. And that, to a very great extent, means having the right content and lots of it. That’s one key driver behind the current merger and acquisition wave, which underscores the critical importance of building content scale and diversity. WarnerMedia and Discovery are aligning largely different programming assets to scale their streaming content offering. And Amazon is vastly expanding its position in content creation with the acquisition of IP assets from the storied MGM Studios. The increase in streaming competition will challenge growth for certain services resulting in content scale being required to retain viewer engagement.

It’s no surprise that quality content drives engagement; as such, the availability of movies continues to drive more SVOD sign-ups and increased engagement – it’s not just about TV series. HBO Max, Netflix, Amazon Prime and Disney+ led in this area. Indeed, over one-third (35%) of HBO Max subscribers streamed the day-and-date theatrical new release movies such as “Godzilla vs. Kong” and many indicated it will impact their decision to keep subscribing. It’s clear, content drives sign-ups. In fact, the availability of a specific TV show or movie drove one-quarter of SVOD users to sign up for a service.

As in the past, those with an extensive array of exclusive programming are well positioned to win. But winning will no longer be driven by riding the accelerated wave of streaming video engagement. It’s becoming a more traditional competitive environment defined by capturing your fair share of a viewer’s time; a viewer that will increasingly be re-engaging in experiential activities outside of their home.

Interested in more data on this subject? Join me at the StreamTV Show where I’ll be speaking about how to retain your audience in the face of increased competition and challenged viewer engagement.

John Buffone is an executive director and industry analyst for The NPD Group’s Connected Intelligence practice. With more than 20 years of experience in the consumer research and entertainment industries, John has advised many of the largest media and consumer technology brands in the industry.

He offers his industry expertise on trends that focus on how connected devices are rapidly changing the way consumers use technology at home and on the go. As such, his research focuses on the confluence of digital content distribution and consumer electronics trends. As an industry analyst, he is regularly quoted in the press.

Industry Voices are opinion columns written by outside contributors—often industry experts or analysts—who are invited to the conversation by FierceVideo staff. They do not represent the opinions of FierceVideo.