Apple TV Plus Is the Most Binged-On Streaming Service, Study Says 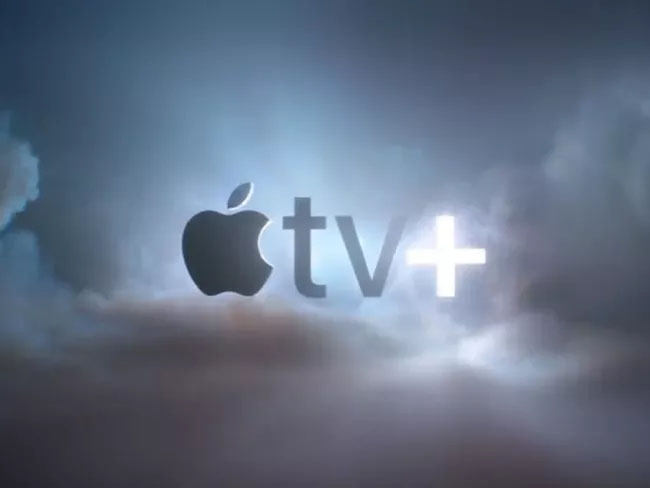 Apple TV Plus is the most binge-watched subscription streaming service, with 78% of its users saying they regularly watch multiple episodes in a sitting vs. an industry average of only 61%, according to data released by Kantar Entertainment on Demand.

”In June, Apple had more heavy users of the service than Netflix, but few medium intensity users — they‘re binging, or not using it much at all,“ reads the Kantar report, which is based on its most recent quarterly surveys of ”longitudinal panels“ of 20,000 U.S. consumers and 12,000 in the U.K. 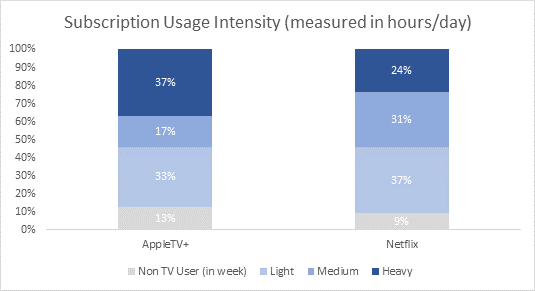 Overall, the Kantar report finds improved customer satisfaction for Apple TV Plus, which will reach mark its second full year on the market on Nov. 1.

Bereft of back catalog, users often became disenchanted with the $4.99-a-month service once they binged through originals series like The Morning Show and See. With Apple able to add more programming to its menu, however, the company has been able to curb aggressive one-year free promotional offers, Kantar says.

The free promotions, which were given to anyone buying an iPhone or other Apple gadget up until June of this year, have clouded the TV Plus subscriber picture for Apple, which doesn‘t release customer metrics for the service.

Apple told Hollywood production trade union IATSE recently that it has less than 20 million subscribers for the service, but it‘s unclear whether Apple meant paying subscribers. Some research firms have pegged the number of Apple TV Plus sign-ups to be in the 40 million range.

In any event, recent Apple TV Plus hits like Emmy darling Ted Lasso, as well as the anticipated talk show return of Jon Stewart via the streaming platform, have improved how the SVOD‘s customers feel about the service, based on Net Promoter Score rankings of consumer satisfaction.

Daniel Frankel is the managing editor of Next TV, an internet publishing vertical focused on the business of video streaming. A Los Angeles-based writer and editor who has covered the media and technology industries for more than two decades, Daniel has worked on staff for publications including E! Online, Electronic Media, Mediaweek, Variety, paidContent and GigaOm. His reliable mid-range jump shot, deft ambidextrous post-up game and tough interior defense have been criminally overlooked.